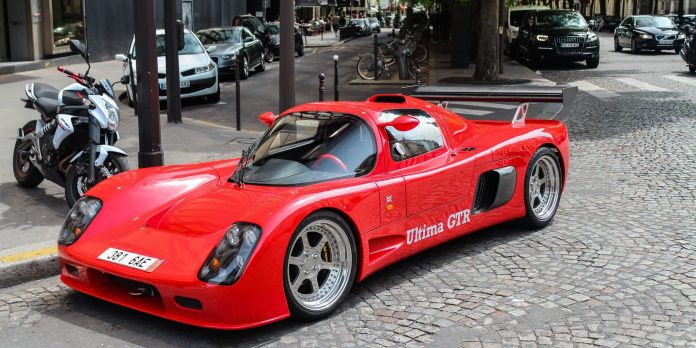 Despite being one of the craziest and fastest street legal machines in the world, you will rarely see or hear people talking about these British supercars.

The United Kingdom is famous for the Premier League, its long history and the royal family. But in the auto industry, the British are also known for their elegant, powerful and feather-light light Supercar.

Some UK cars are so fast that if you blink you may miss them. Not only are they rarely seen, but largely unknown to a large segment of the population, but they all share high sticker prices, and some have even been banned from other countries.

RELATED: 5 Most Expensive British Sports Cars That Money Can Buy (5 Italian Supercars We’d Rather Be Driving)

The Mono is a single-seater super sports car from the British manufacturer Briggs Automotive Company (BAC). This lightweight, high-performance vehicle is powered by a 2.3 liter Cosworth engine and has a top speed of 170 mph. It’s a really fast machine that looks like something straight out of a video game. It has no roof and no windshield, which makes it exceptional.

Inside, the car has a carbon Tillett seat with a fixed position, a removable steering wheel and waterproof suede upholstery. Cutting-edge engineering and outstanding performance make the BAC Mono one of the most fun cars ever built.

The Radical RXC Turbo is a fast, rear-wheel drive sports car manufactured by Radical Sportscars. This two-door car is available as a convertible and a coupe. It was unveiled at Autosport International 2014 in Birmingham, England.

It was made for the racetrack but is street legal too, which means anyone can own one. Well, not just anyone, because those interested customers should expect to pay at least $ 171,000 for this car. The Radical RXC Turbo is super fast and can accelerate to 60 mph in just 2.3 seconds and reach speeds in excess of 180 mph.

The Caparo T1 is the true embodiment of raw and unadulterated performance. It is a mid-engined, rear-wheel drive British sports car powered by a 3.5 liter V8 engine mounted in the center of the vehicle’s chassis. It has an open wheel design with the familiar visible F1 struts.

The car also has adjustable aerodynamics, including an adjustable front wing and rear wing. T.His light, street legal F1 car develops 480 horsepower and reaches 205 mph. The T1 Caparo is rare and has a unique design that makes it an eye-catcher.

RELATED: A Detailed Look at the Track Destroying Caparo T1

The Ultima GTR is powered by a 7.0 liter V8 Corvette engine that develops 720 horsepower. It has a top speed of 231 mph, maximum torque of 428 lb-ft, and maximum power of 710 horsepower. This supercar was manufactured by Ultima Sports as a race track car, but customers can choose their option to get it street legal.

This car broke several world records. It has a better power-to-weight ratio than the Bugatti Veyron and only 13 units were produced. However, in 2015 the Ultima GTR nameplate was discontinued and replaced by the Ultima Evolution range.

Just look at it and it’s clear that the Aston Martin Vulcan is a high-performance car. It features carbon fiber, LED headlights, a large spoiler, and black wheels that come as standard. It has a top speed of over 200 mph and produces more downforce than a GT3 racing car. Yes, it is that fast.

In 2015, Aston Martin launched the Vulcan as a pure distance car, although some cars were later converted into street legal cars. The Vulcan is one of the rarest sports cars. Only 24 cars will be produced at a cost of $ 2.3 million.

The Atom Ariel 500 V8 was the fastest production car when it was first released and is currently the third fastest accelerating car. The company built the Atom 500 in extremely limited numbers.

Noble M600 are manufactured in Leicestershire by Noble Automotive, a British car manufacturer in low volume. This two-door car is available in three variants: the M600 Coupé, the M600 Speedster and the M600 CarbonSport. It’s made of carbon fiber and stainless steel, which makes it durable.

The Noble M600 can reach a top speed of 225 mph and go from 0 to 60 in 3.7 seconds. It’s also handmade which makes it even more unique. It costs over $ 250,000 but is banned from the United States because it doesn’t meet the country’s safety standards.

The Senna is likely McLaren’s most extreme street legal car to date. It has a top speed of 208 mph, maximum power of 789 horsepower, and maximum torque of 590 lb-ft. It is powered by a 4.8 liter V8 engine with two turbochargers.

Its lightweight design incorporates aerodynamic elements that give this car admirable performance. The McLaren Senna offers an intense yet satisfying driving experience, making it the perfect choice for speed junkies. To own a senna, you have to be ready to pay a whopping $ 1,050,000.

NEXT: 10 Reasons Every Transmission Should Have a British Sports Car


Next
8 coolest affordable alternatives for the new Porsche 911

Malinga John Brian is the lead copywriter / founder of Mantle Bunny. When he’s not running a business or helping like-minded people grow his business, he writes articles like this because he absolutely loves cars.