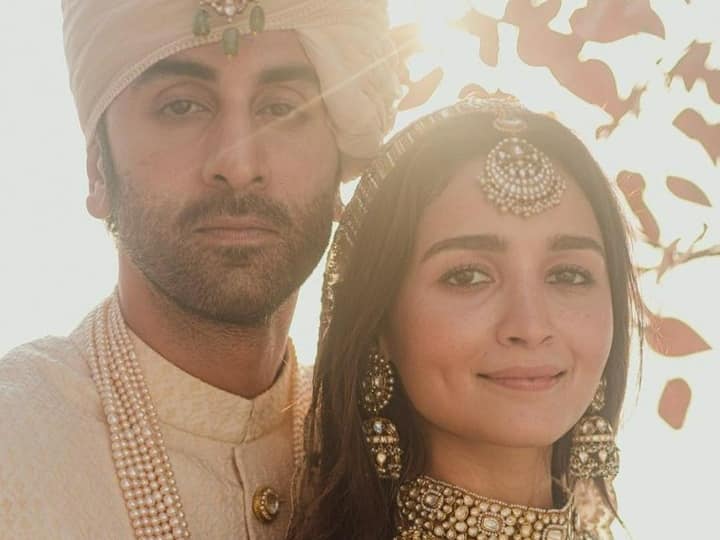 New Delhi: Ranbir Kapoor and Alia Bhatt are now man and wife. The couple got married in an intimate ceremony on Thursday, 14th April 2022 among family and close friends.

Not only have the star couple been a favorite among fans, they also are supremely successful in their careers.

Alia Bhatt is one of the highest-paid and popular actresses in the industry. She also will soon be making her international debut alongside Gal Gadot in ‘Heart of Stone’, a Netflix Spy Thriller. The 29-year-old has also delivered back-to-back superhits: one Sanjay Leela Bhansali’s ‘Gangubai Kathiawadi’ and another SS Rajamouli’s ‘RRR’.

Ranbir Kapoor, on the other hand, is a popular and critics favorite actor who has proved his mettle with a variety of films like ‘Sanju’, ‘Tamasha’, ‘Barfi’, ‘Rockstar’, ‘Rocket Singh’ and many more.

Now that Ranbir Kapoor and Alia Bhatt are married, besides sharing the limelight of success, lets also take a look at their combined net worth.

It is estimated that the power couple’s combined net worth is Rs. 839 crores.

Ranbir is the leading face of brands like CocoCola, TATA AIG, Oreo and Oppo among others. According to reports, he charges Rs. 6 crores for brand endorsements.

The ‘Tamasha’ actor is also the owner of Vastu (where Alia and Ranbir were married) located in Pali Hill. Vastu is worth Rs. 30 crores. He also owns fancy cars and watches.

As far as his film fee is concerned, it is estimated that he charges Rs. 50 crores per project.

Alia, who made her debut with Karana Johar’s ‘Student of The Year’ also has an impressive catalogue. According to a report by Duff and Phelps, Alia Bhatt’s net worth was over Rs 517 crores in 2021.

The ‘Gangubai’ actress is the face of brands like Frooti, ​​Cadbury, Cornetto, Manyavar, Flipkart and Blenders Pride. Reportedly, she also charges Rs. 2 crores for a single day of promotional shoot.

Alia is also the owner of two expensive properties in Mumbai and a house in Covent Garden, London which she purchased for Rs. 16 crores. She also possesses a fleet of luxury cars and has invested in a couple of startups besides launching her own production company and children’s sustainable clothing line called Ed-a-mamma.

What’s next for Ranbir and Alia?

Both have multiple projects in the pipeline. The most-anticipated being their first film together, ‘Brahmastra’ which will be releasing in September this year.

Meanwhile Ranbir has ‘Shamshera’ and ‘Animal’ besides another unnamed film of Luv Ranjan.