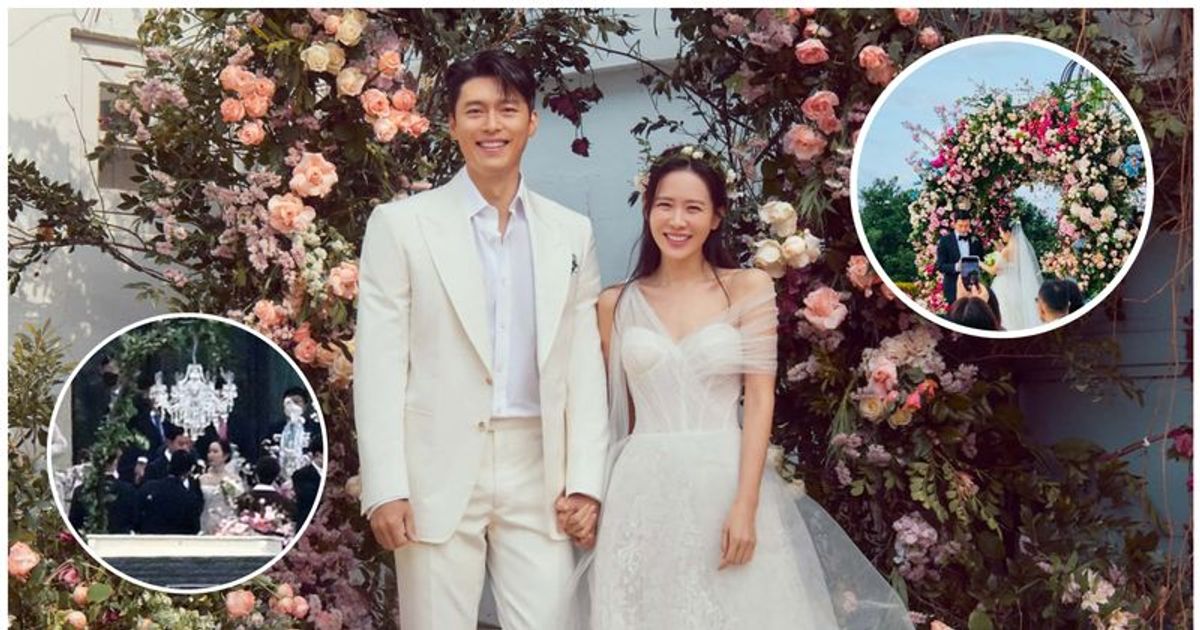 Talk about an extremely high-profile wedding and Son Ye-jin and Hyun-bin will deliver. Apart from the two official photos released from Hyunbin’s label – VAST Entertainment and Son Yejin’s label MSTeam on March 31 alongside the statement announcing that the actor couple was getting married in an extremely private ceremony, fans have no information about the ongoing ceremony. K-media reports that actors like Jung Hae-in, Gong Yoo, and Song Joong-ki are in attendance.

Among other celebrities, the cast and crew of their hit 2019-20 K-drama, ‘Crash Landing On You’ are said to be in attendance but official photos from the event are an elixir for desperate fans. It was back in January 2021 that both actors officially confirmed their relationship only for them to publicly date for a year and finally announce their engagement in February 2022. Now, as it is public news that the two famous actors are finally getting married at Aston House , Walkerhill Hotels and Resorts in Seoul, South Korea, fans are desperately waiting for official photos from the ceremony.

Media reports that the location of Son Ye-jin and Hyun-bin’s wedding is being treated with extreme caution and photos of cars being lined-up outside of the venue are released. It is reported that the security in charge is checking cars as well as only allowing invited guests into the private secluded location. Media reporters are gathered around the gate of Aston House by the sign that reads ‘Entry prohibited’ but drone shots are being captured due to the highly prolific actors Son Ye-jin and Hyun-bin being the couple getting married. 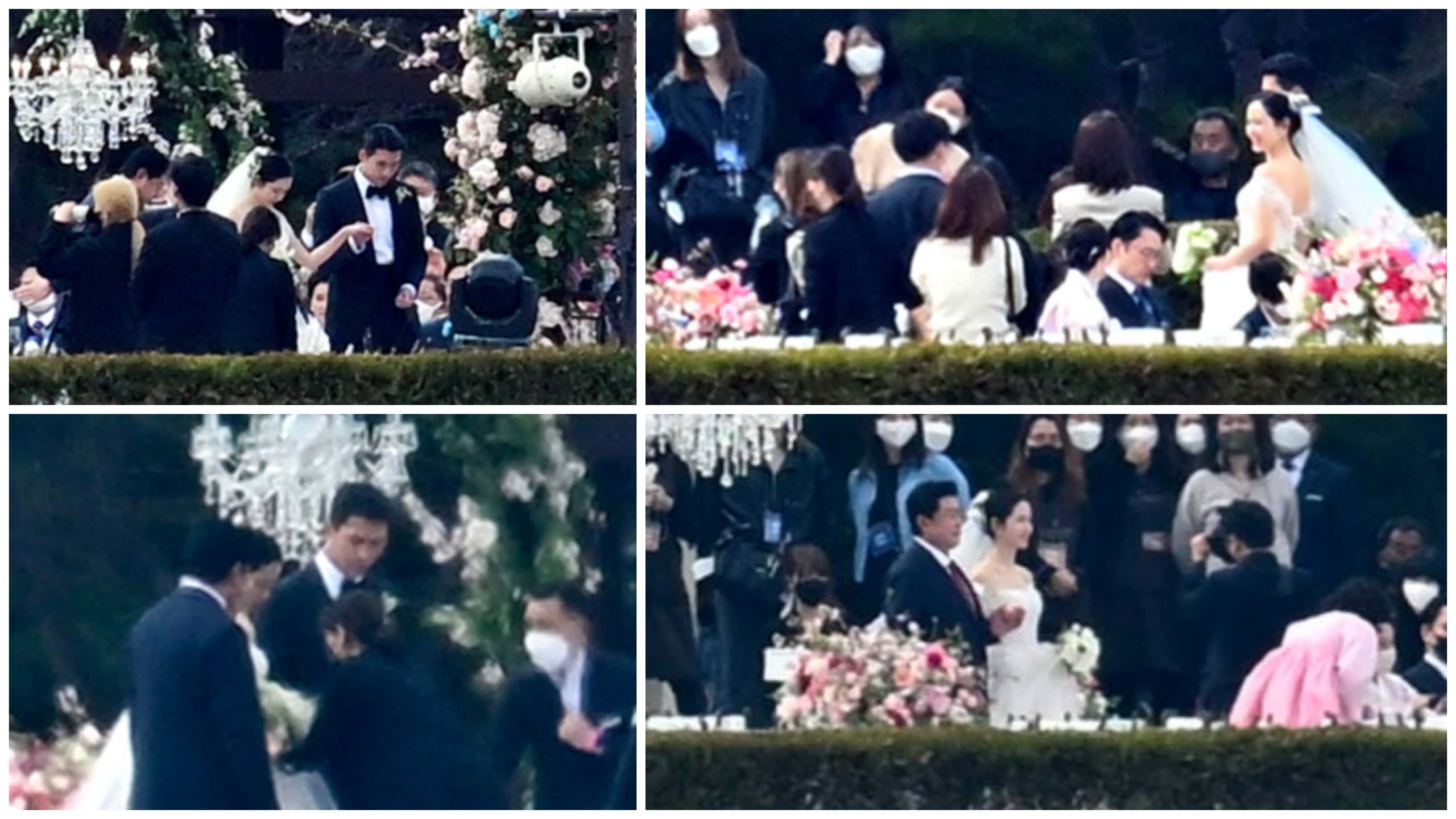 Reports suggest that actor Jang Dong-gun who is an old friend of the groom Hyun-bin will read the congratulatory speech to the newlyweds. Broadcaster Park Kyung-lim is revealed to be in charge of hosting the ceremony while it is also stated that singers Gummy and Kim Bum-su, as well as Paul Kim, will all sing the congratulatory song for the couple. The details from online sources reveal that the hit song ‘Give You My Heart’ from ‘Crash Landing On You’s OST sung by IU will be performed at the wedding. A video has been released where fans can see Hyun-bin taking Son Ye-jin’s hand from her father as he walks her down the aisle. 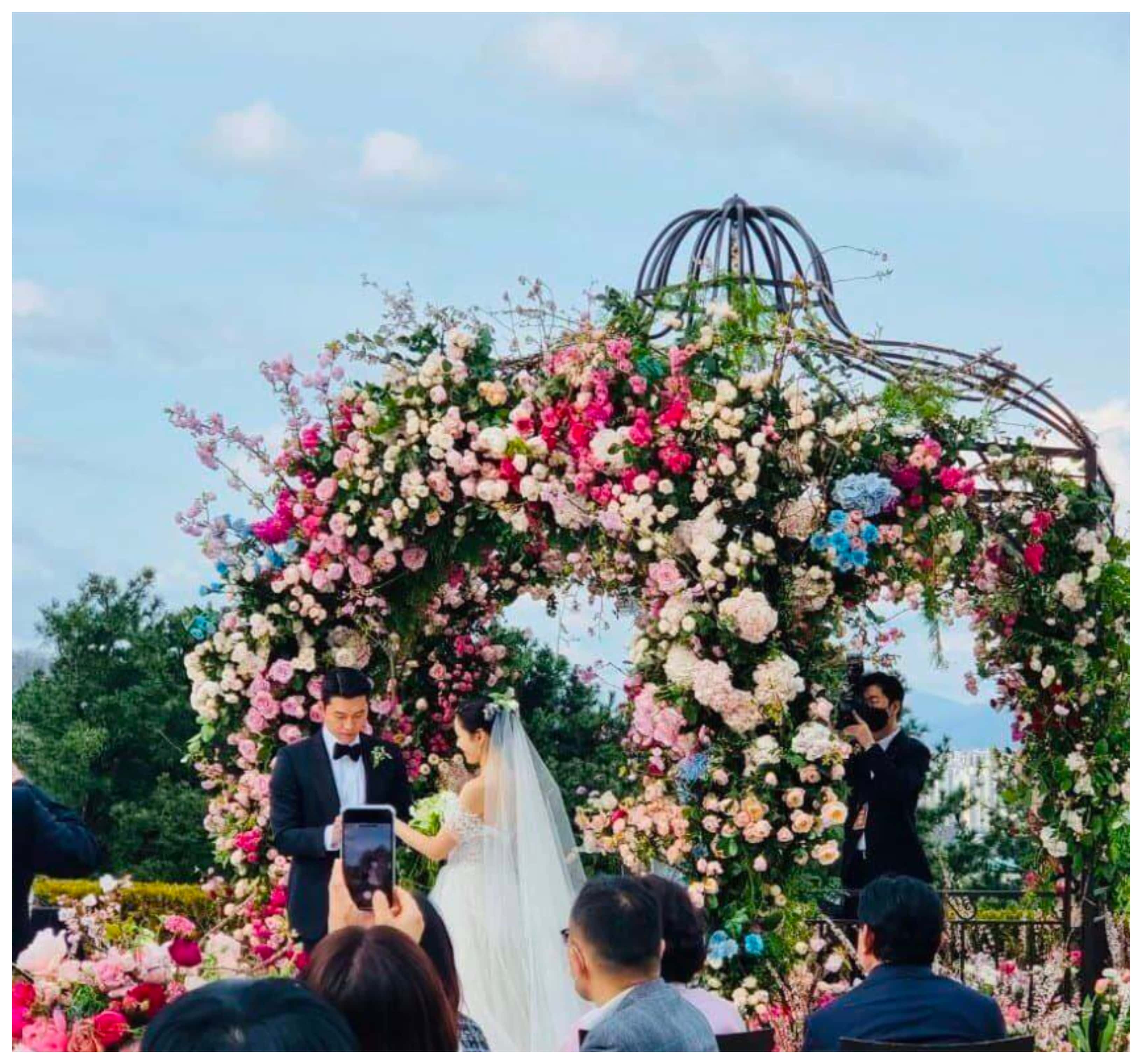 Fans are calling the event a “Crash Landing On You Episode 17”, thanking the actor couple for finally changing the bittersweet ending of the Netflix and tvN K-drama with an official real-life happy ending. A leaked wedding invite reveals that the envelope had H and Y, the initials of the happy couple engraved on the opening flap and it was sealed with a golden seal that read “BinJin 2022”. One fan said, “The scramble is real.” Another said, “HYUN BIN AND SON YE JIN’S MOTHERS IN HANBOK?!!” One more fan said, “(I) will never get over yejin’s glow in this pic.” One more fan added, “HAPPY WEDDING BINJIN AAAAA GEMES BANGETTT YA AMPUNNN.”