Bride hitches ride to her own wedding in viral video 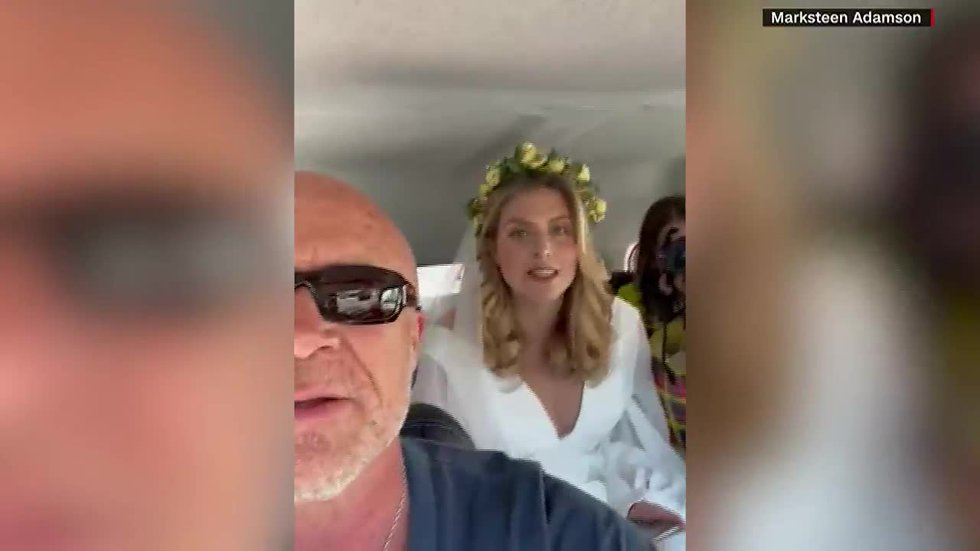 (CNN) – A good Samaritan gave a ride to a stranded bride on her wedding day in a viral video posted to TikTok.

Marksteen Adamson was on his way to a reunion when he noticed the bride.

“I saw other cars just passing her and she looked really distressed,” he said.

The bride told him she already had three ride shares canceled on her as she, the guy holding her train and her sister waited.

So off they went in Adamson’s Landrover, headed for Holy Trinity Brompton Church in London.

Some commenters took issue with the bride telling Adamson to “hurry up,” saying she didn’t sound grateful enough.

The bride told Adamson her name was “Anastasia.”

Someone commented that this seemed “like something out of a rom-com.”

When the bride told the vicar about the “gentleman” who picked her up “on the road,” the commenters then turned their attention to him.

“I wanna marry the vicar,” one commenter said.

Adamson was invited to the wedding, but declined saying, he was late for his reunion with friends.

So, he took off for his reunion, telling the bride to “have a fantastic wedding.”

“Thank you so much, God bless you,” the bride said in response.