Britney Spears wedding is interrupted as first husband, Jason Alexander, shows up to crash the event 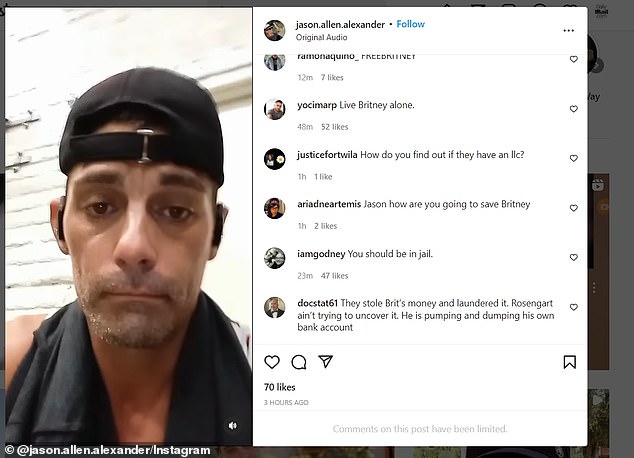 By James Gordon For Dailymail.com

Alexander arrived unannounced on the property where the couple’s nuptials were being held.

He livestreamed the entire episode to his Instagram as he approached on-site security explaining who he was.

On video, Alexander could be seen speaking to a security detail saying how Britney had ‘invited him’ and that she was his ‘first and only wife’. 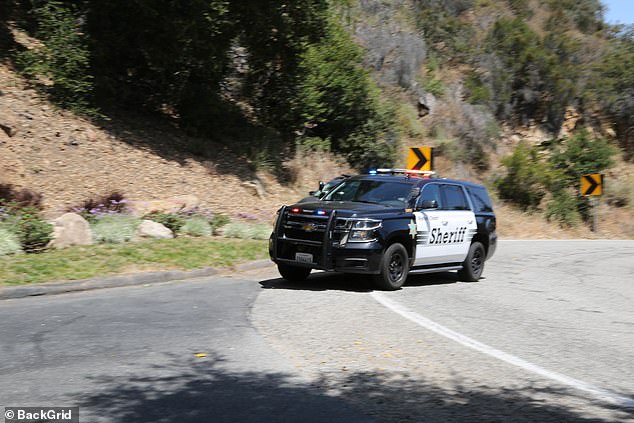 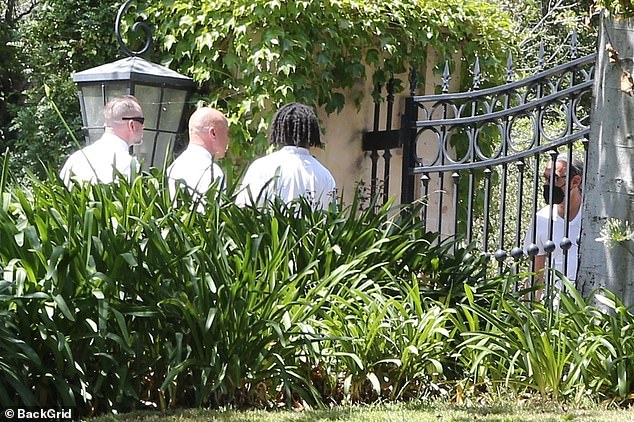 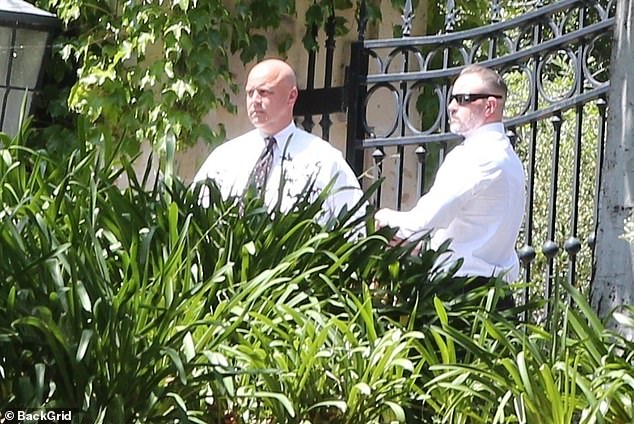 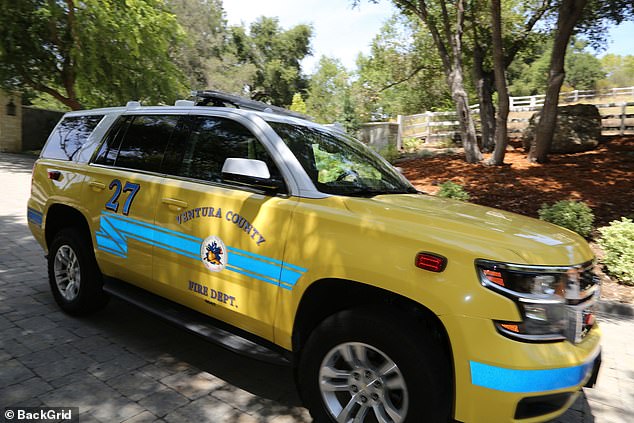 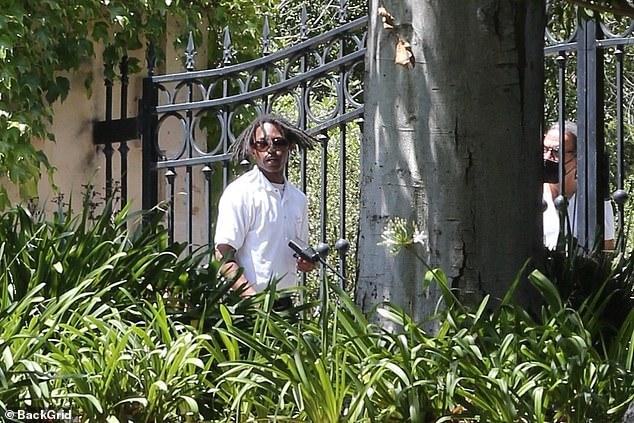 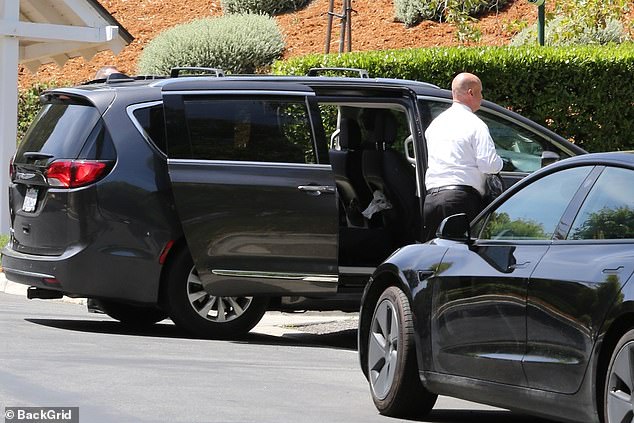 There was then a physical altercation and Alexander’s phone video then suddenly froze.

Despite the struggle with security, Alexander managed to make it inside Britney’s property where he continued to livestream once again before he was restrained, according to TMZ.

The Ventura County Sheriff’s Department hastened to the scene to respond to a trespassing call.

Three police cars arrived at the singer’s Thousand Oaks home just after 2.30pm, along with a fire truck.

An onlooker told DailyMail.com: ‘It all happened very fast. Three cop cars just showed up and went screeching up her drive.

‘We were all trying to figure out what’s going on, especially after the fire truck left.’ 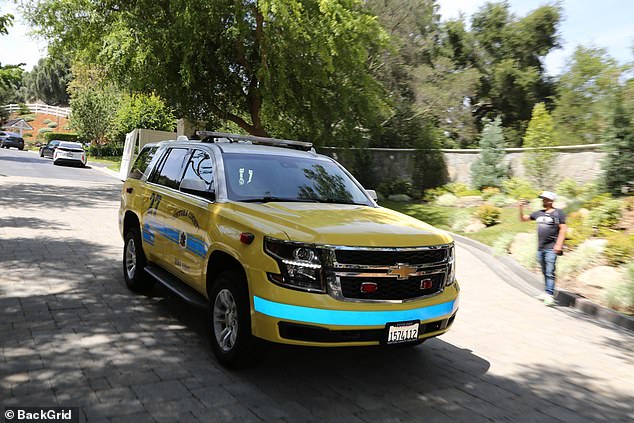 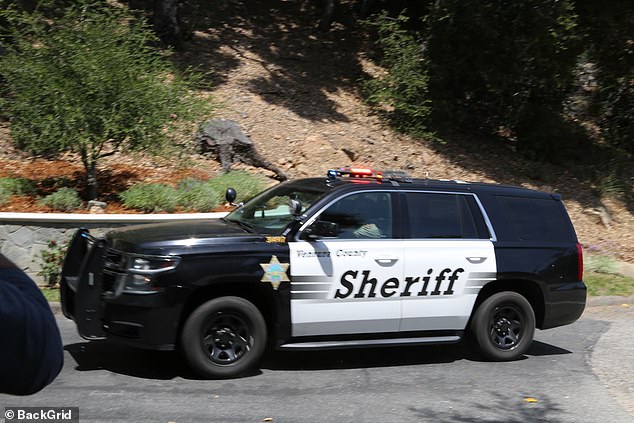 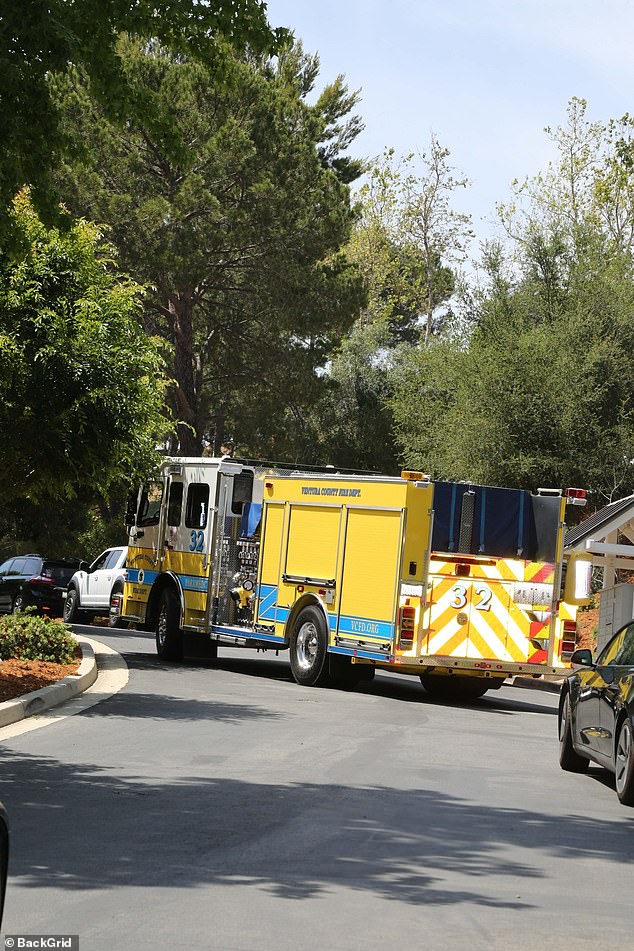 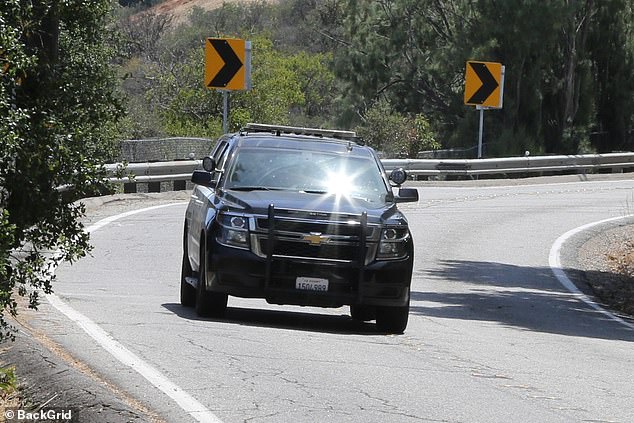 Spears was set to marry Asghari on Thursday after nearly six years together.

The pair announced their engagement via Instagram in September 2021 but had not disclosed a wedding date.

Two months later, the Stronger singer was released from a legal conservatorship that had controlled her personal life and finances for 13 years.

During court proceedings, she said she longed to get married and start a new family without any restrictions.

Spears announced in April that she and Asghari were expecting a baby. A month later, the singer said she had suffered a miscarriage.

Iranian-born Asghari, 28, is a personal trainer and actor who has appeared on the Showtime series Black Monday.

Spears, 40, has been married twice before. She wed childhood friend Jason Allen Alexander in Las Vegas in 2004, but that marriage was canceled a few days later.

That same year, she married dancer Kevin Federline, with whom she had two children. That marriage ended in divorce in 2007. 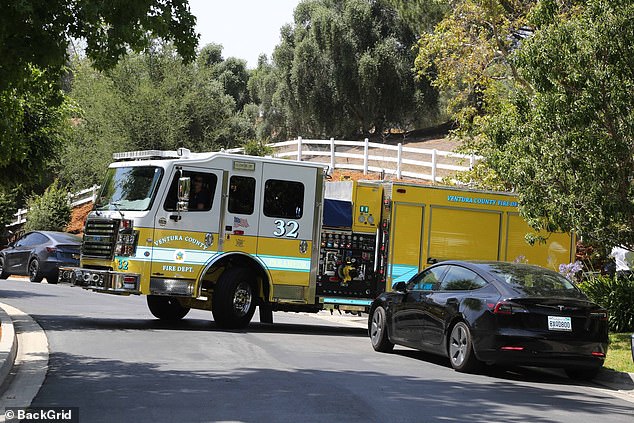 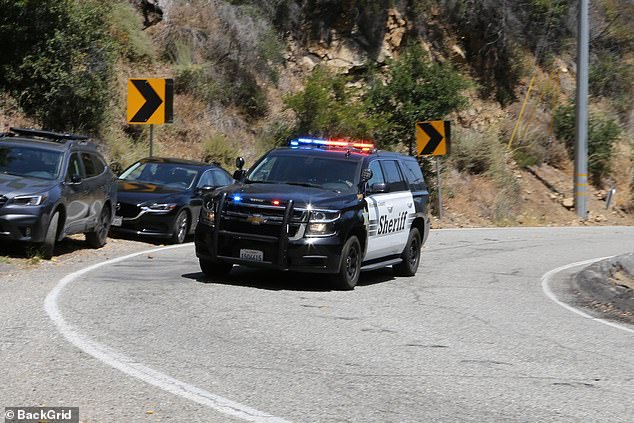 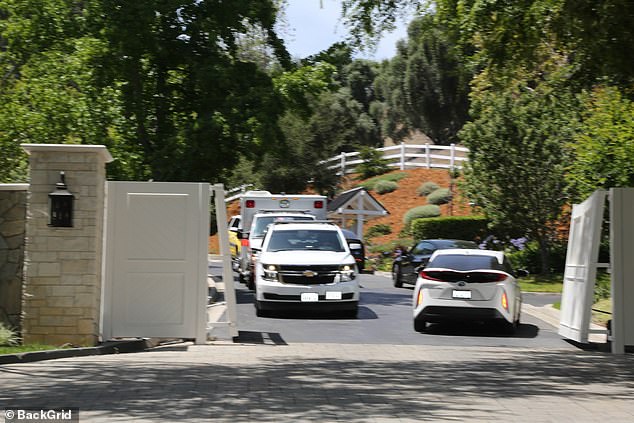 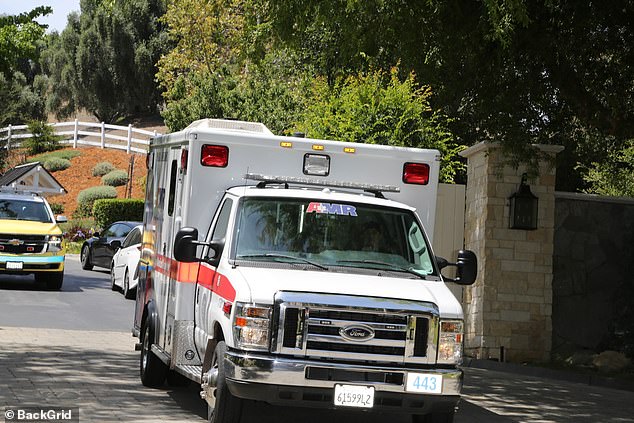 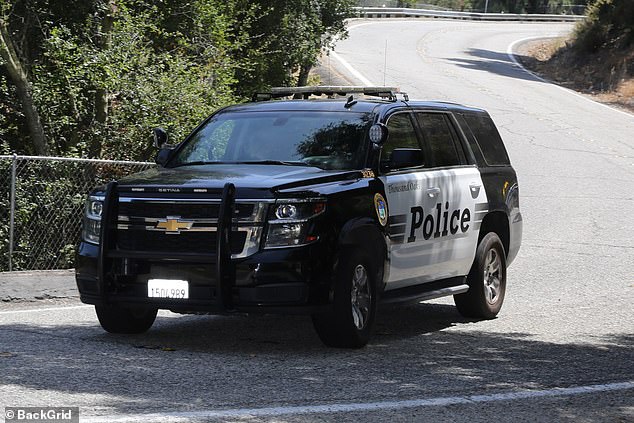 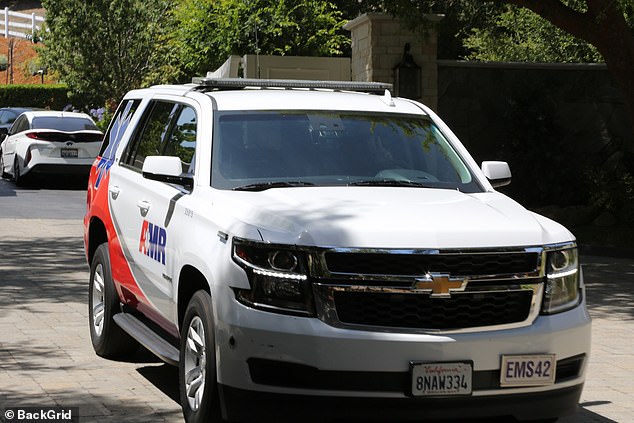 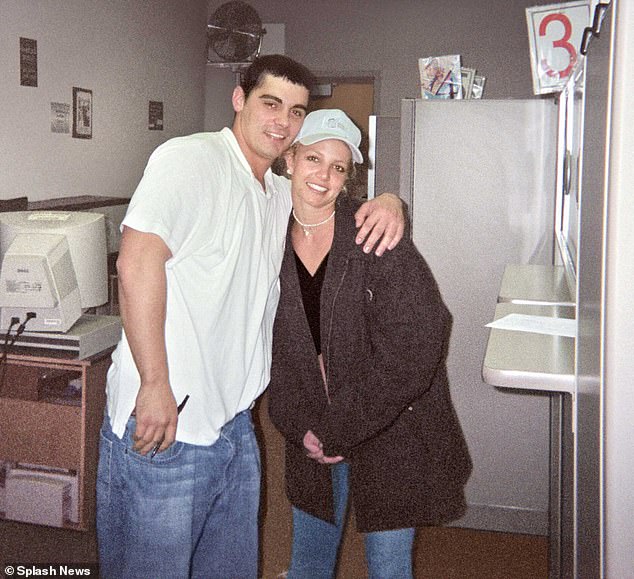