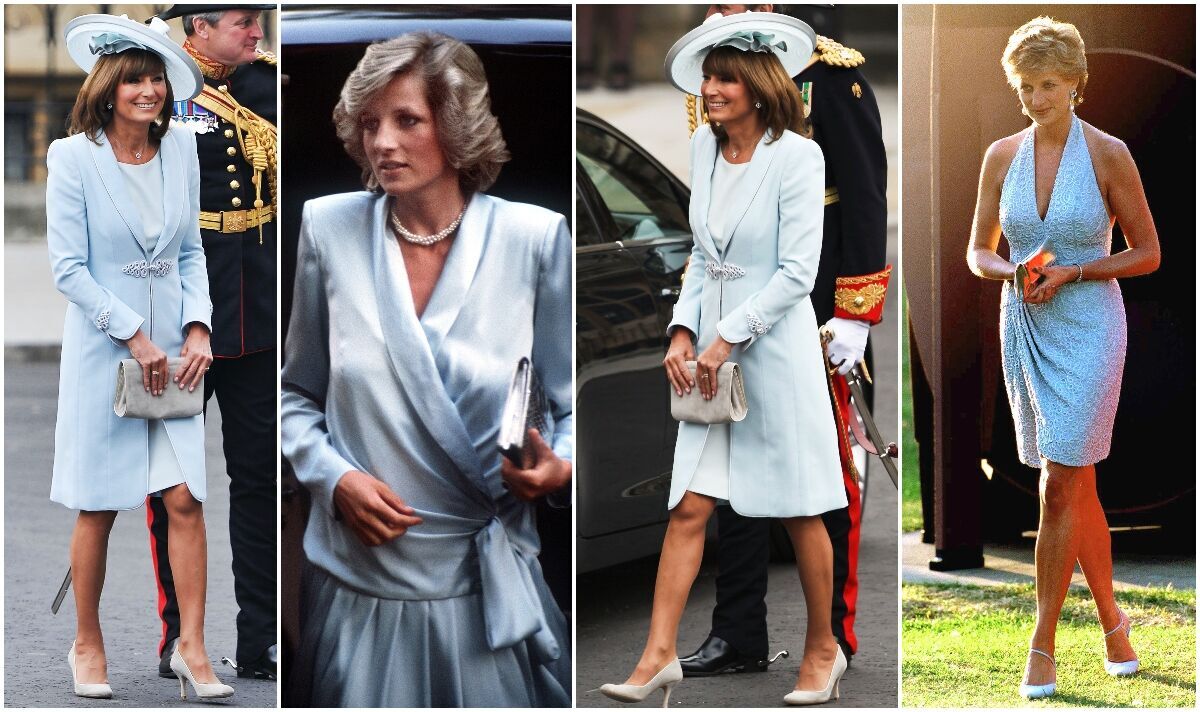 Kate Middleton celebrated her 11th wedding anniversary yesterday, and fans were reminiscing about her wedding dress. They also were reminded of Pippa Middleton’s “iconic” bridesmaid dress that caused a “global stir” at the time. But what did the mother of the bride wear?

This designer was famously beloved by the late Princess Diana.

She wore this over a sky blue silk shantung day dress.

This may have been a nod to her home county where she lives with her husband Michael.

She was accompanied down the aisle by her son, James.

Catherine Walker is responsible for many of Princess Diana’s iconic looks.

She also reportedly refused to wear her £400 hat by milliner Jess Collett just weeks before the wedding.

A fashion source said Ms Cierach was “completely bemused after all the hard work she had put into creating the outfit”.

The couturier was commissioned soon after the announcement of the royal engagement and asked to produce an elegant couture creation that would ensure Carole would stand out from the crowd.

Meanwhile, Kate’s sister Pippa wore an ivory V-neck long dress and looked elegant as she walked into the Abbey holding the hands of the young flowergirls.

With her hair pinned back, she looked stunning as she walked down the red carpet inside the Abbey.

All eyes were on Kate, however, as she arrived at the Abbey with her father Michael wearing a pretty lace ivory dress by Sarah Burton from Alexander McQueen complete with veil and tiara.

With her hair down, Kate epitomized vintage style in the dress, which had a long train, and carried a Lily of the Valley bouquet.

Ensuring her sister’s train didn’t get too dirty, Pippa held Kate up the stairs into the Abbey for the ceremony itself.