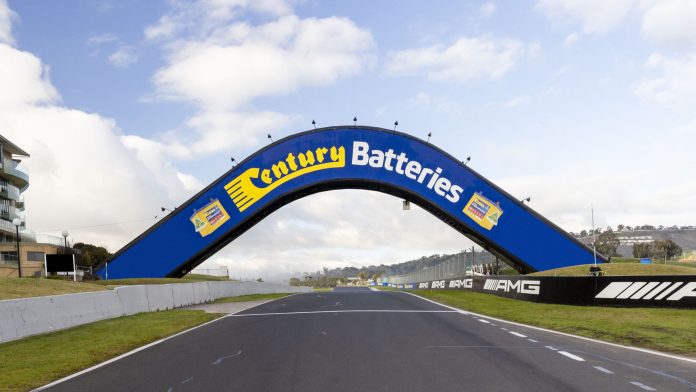 A video has been released today to unveil the new signage that has been put in place ahead of this year’s Repco Bathurst 1000.

Earlier this year, the famous Australian battery manufacturer extended its partnership as the Official Battery of the Repco Supercars Championship, also until the end of 2024.

Andrew Bottoms, Century Batteries marketing manager – Automotive, said: “We love our partnership with Supercars and Bathurst, so when the opportunity arose for us to secure an iconic part of Mt Panorama for the motor-race that stops the nation, it was on easy decision.

“For the millions of people watching Bathurst on TV and the massive crowd at the event itself, when they look at the mountain, they’ll also be looking at Century Batteries Bridge, with an eye-catching Australian design to match our Australian-made batteries.

“We’re proud to be involved as the Official Battery of the Repco Bathurst 1000 and you can expect to see the Century Batteries Bridge for many years to come”.

Supercars general manager – commercial, Jamie Black said: “Fans around the world will see the famous Century Batteries branding on one of the most iconic parts of the Mount Panorama circuit, just before the final turn.

“This commitment to further build their support of Supercars shows that Century Batteries values ​​our current relationship and we’re thrilled to know the Century Batteries signage will be at Mount Panorama for the next three years.”

This new agreement continues to build on Century’s long-standing support of motorsport across a diverse range of categories.

Century Batteries is Australia and New Zealand’s oldest and most recognized battery manufacturer employing over 600 people.

The iconic blue and yellow Australian-made battery manufacturer first became the Official Battery of the Repco Supercars Championship and the Bathurst 1000 in 2019.