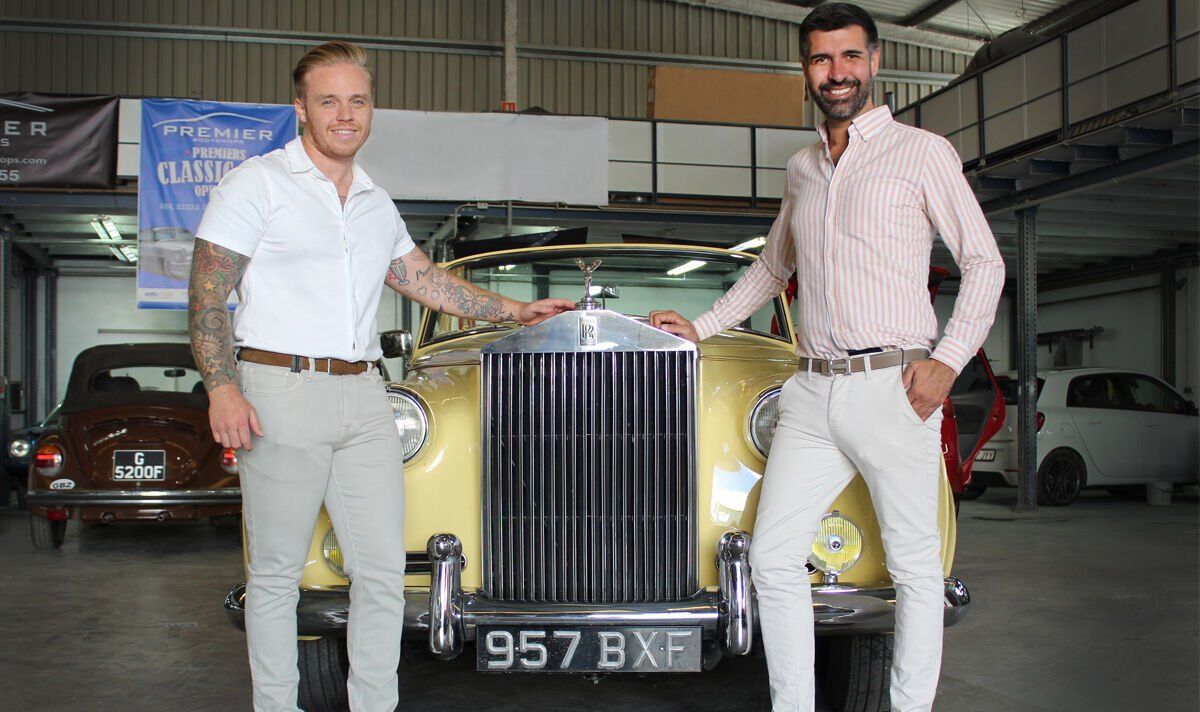 In the first episode of series two of ITV’s Million Pound Pawn, classic car restorer Aiden was looking to sell his 1960s Rolls-Royce. With the help of Sheffield-based pawnbroker Dan Hatfield, Aiden sets off on his mission to sell his classic car for more than £300,000 or €350,000.

When they purchased the car, it was a hard top, with Aiden and his team taking the car apart and “replacing every last nut and bolt”.

The 1961 Rolls Royce Silver Cloud II was purchased in the UK, with the original owner looking to turn it into a wedding car, until selling it.

The 36-year-old petrolhead was looking to sell his stunning convertible in order to reinvest his money for future projects at his garage.

READ MORE: New law will force homes to have an electric car charger next week

When traveling around Marbella in the Rolls-Royce, Dan gushed about the driving experience, saying: “This is lovely, isn’t it.

“I feel like I should be wearing carpet slippers.

“This is absolutely amazing, honestly this is the ultimate in luxury.

“But I can’t let the adrenaline and the excitement get in the way of doing a sensitive deal that I’m going to be happy with and Aiden might accept.”

The second-hand luxury car market can be profitable, with prices for rare classics rising faster than gold.

Speaking after the deal, Aiden said: “It makes all the hard work worth it.

“We spent four years on this car, a lot of investment, a lot of hours.

“To get a deal which is close to what we’re asking for. I’m made up. Really happy about it.”

In May this year, Rolls Royce unveiled the second model in its Boat Tail trio of the most expensive new cars in the world.

The Rolls Royce Boat Tail Pearl costs a cool £20million ($25million) and has been commissioned by a secretive – and unnamed – family who were said to have made their money through the pearl trade – hence the name.

There were rumors that the mystery buyers were music moguls Beyonce and Jay-Z, which were quickly quashed.

The first episode of Million Pound Pawn airs tonight, Thursday June 9, at 9pm on ITV and available on ITV Hub.