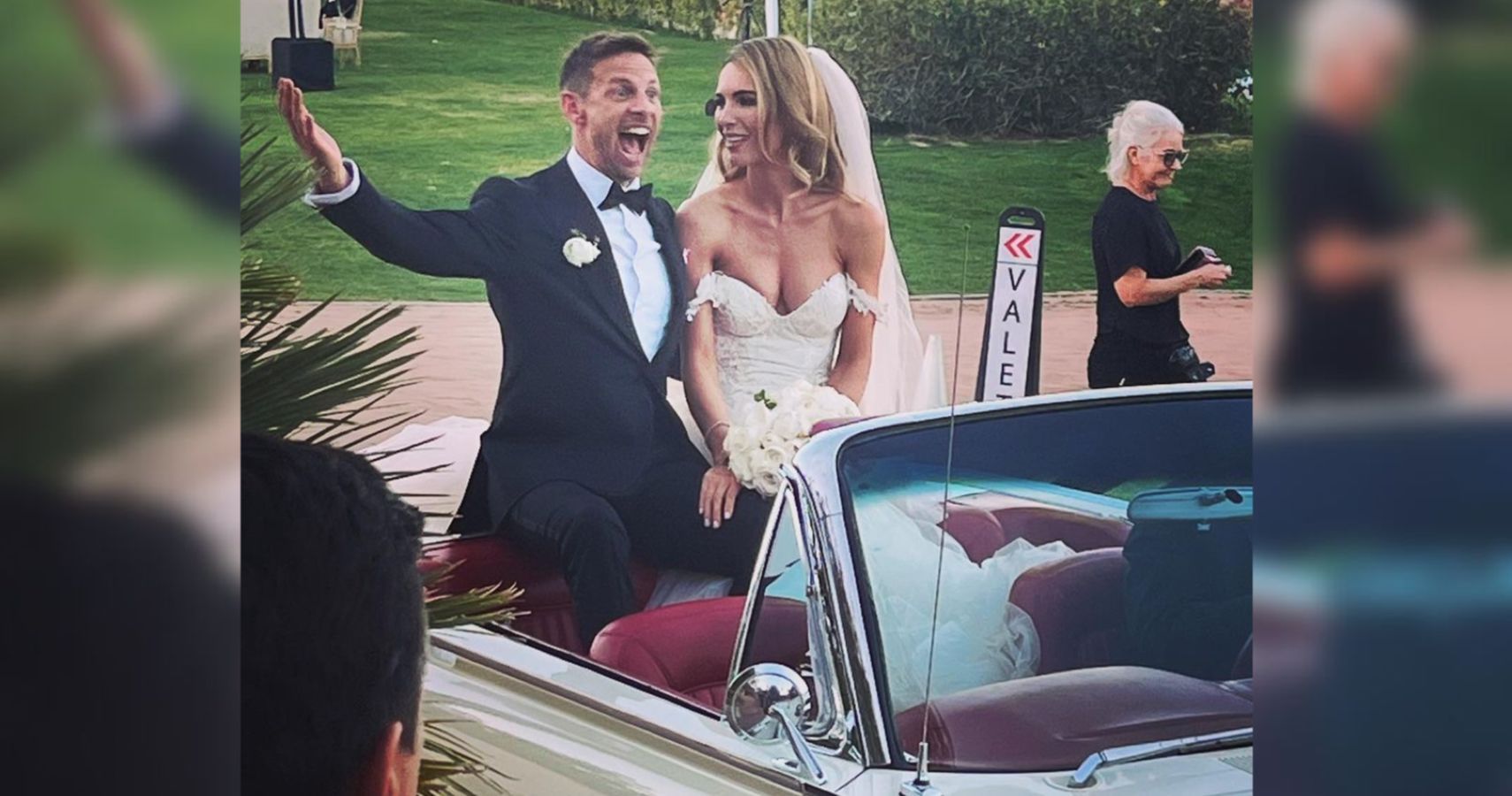 the ford Thunderbird is the ideal wedding car. It is luxurious, sophisticated, classic, and timeless, which all make for the perfect car for the big day. Jenson Button, the British racing driver and Senior Advisor for Williams Racing, was recently seen on Ant Anstead’s Instagram account in a Ford Thunderbird on his wedding day, and it certainly makes the car desirable for more people for their big day.

RELATED: This Original 1955 Ford Thunderbird Is Ready For Some Resto Love

With the Ford Thunderbird being such a classic car from the American multinational manufacturer, there is no surprise that a sportsman, like Jenson Button, had it as his wedding car. He and his wife, Brittny Ward, are gleaming from ear to ear as they leave their wedding in the classic Ford model.

Jenson and Brittny sit on the top of the back seats as they smile and laugh with their guests. It makes for the most special moment as it is such a great car to use for leaving the event in style.

RELATED: Here’s Everything Collectors Should Know About The Iconic 1955 Thunderbird

What Makes The Ford Thunderbird So Iconic?

The Ford Thunderbird at Jenson Button’s wedding is one of the many classic models. The first generation hit the market in 1955 and was in production until 1997. Later, Ford went about introducing a new Thunderbird in 2002, which was its final generation until 2005. Altogether, there were eleven generations of the Thunderbird. It isn’t quite obvious which is present at the wedding. However, from the look of its plush red leather interior and cream exterior paintwork, it could be from the 1960s or 1970s, which makes it either from the fourth or fifth generation.

The Thunderbird’s fifth-generation brought the second major change in the car’s design direction since its debut in 1955, so if it is one of those, it is quite a fantastic car to have on a wedding day, especially for someone so fond of cars himself . Now that Jenson is the Senior Advisor at Williams Racing, it is clear to see that he still has a love for classic cars. The two-door convertible coupe would likely boast a 6.4-liter V8 engine, which could offer up to 315 horsepower.

Megan McCoig is a writer based in London, most likely typing from a coffee shop or at my desk looking over the city. Pathologically into celebrity cars and the future of the industry.