Home Supercars COVID-19 RULE: WHAT HAPPENS IF A SUPERCARS DRIVER MISSES A ROUND?
Supercars

COVID-19 RULE: WHAT HAPPENS IF A SUPERCARS DRIVER MISSES A ROUND? 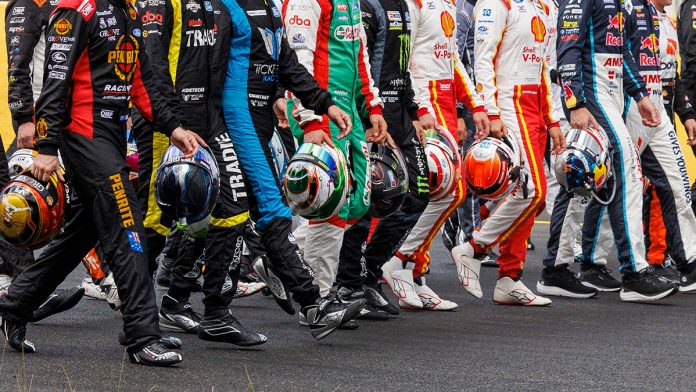 The Repco Supercars Championship rules carry a provision for any drivers that are forced to miss a round due to contracting COVID-19. Pic: Supplied

DESPITE now being over two years into the global COVID-19 pandemic, the Repco Supercars Championship has yet to have one of its drivers miss an event due to contracting the virus.

But what would happen if a driver was forced out of a round due to COVID-19?

It’s a question that has been raised following confirmation that Shane van Gisbergen has contracted the virus and will sit out the Bathurst 6 Hour this weekend.

While the next Supercars round does not take place until the end of the month and there is no suggestion that van Gisbergen will miss that event, it highlights the possibility that a driver could be forced to sit out at some point during the season.

The championship created a rule during the 2020 season to cater for a scenario of a driver being benched from a round due to testing positive for COVID-19.

In order not to leave the driver at a one-round disadvantage, the points tally would instead change to a format that requires all drivers to drop their worst score.

It’s a format that has been used by the championship for other reasons across its long history, primarily to account for the suspect reliability of cars in the championship’s early decades.

The rule remained into the 2021 season and still forms part of the 2022 Supercars Operations Manual.

Here is what the rule says:

If a Driver or Competitor is forced to withdraw from an Event by Covid-19, the final championship points for both the Driver’s and Team’s championship’s will then be calculated by dropping the worst Event points from all Drivers final point score.