Did Maryam Nawaz gift Junaid Safdar a Rs140m car on his wedding? 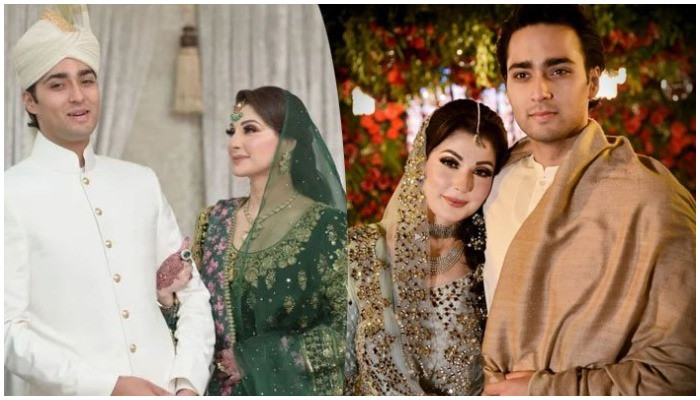 Maryam Nawaz with her son Junaid Safdar on his wedding. — Twitter.

Reports of PML-N Vice President Maryam Nawaz giving an extremely expensive gift to her son, Junaid Safdar, at his wedding, have been circulating on social media for a while.

The reports claimed that the PML-N leader, who along with her father and other family members is facing corruption charges, had gifted a Mercedes worth Rs140 million to Junaid and it was said to be the “most expensive car” to be registered in Punjab .

However, Maryam took to Twitter and rejected the reports, terminating them a “blatant lie”.

The politician shared screenshots of some news reports, saying that she was disappointed to see that “fake news” is being spread by reputable sources.

“This blatant lie is all over social media. It is disappointing how reputed accounts propagate fake news without verification,” Maryam wrote.

Junaid was married to Aisha Saif last year in August in London and the proper wedding festivities started later in December. Junaid’s wedding was an episode of multiple clearly extravagant events that continued for over a week in Lahore and Islamabad.