Ferrari, Aston Martin , McLaren: The most expensive supercars for sale in Wiltshire 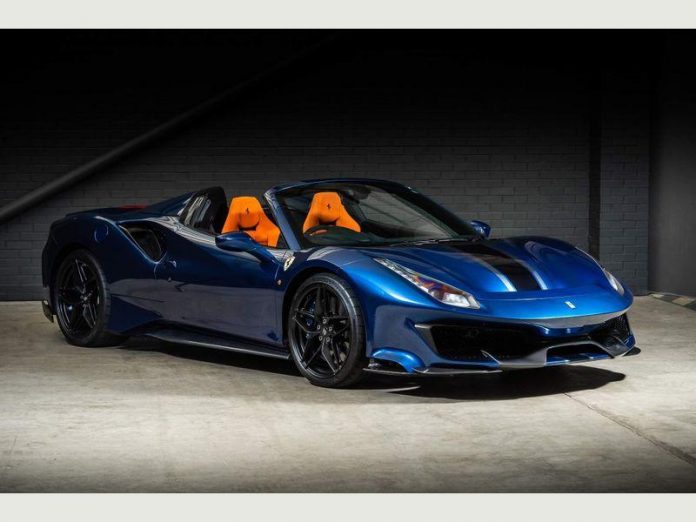 Is it a Lamborghini with a screaming V10 or V12 engine or a smooth Mercedes Benz with a monstrous twin-turbocharged V8 designed and built by the factory workers at AMG.

If you are lucky enough to afford a supercar like this, then you would not have far to travel across the county.

Here are the most expensive supercars cars listed on Auto Trader in and around Wiltshire.

What an amazing set of wheels- the Ferrari 488 Pista.

It has a 3.9 twin-turbocharged V8 with a seven-speed dual-clutch gearbox.

The car produces over 700 horsepower with 0-60 taking just 2.9 seconds and has a top speed of 211 mph, making it one of the fastest convertibles Ferrari has produced.

Up until 2008 this was a standard system on Formula One cars up and down the grid until it was banned.

For the thirsty V8, the Ferrari produces 22.8 miles per gallon.

It has a four-liter flat-six engine, producing 520 horsepower and a top speed of 193 mph.

0-60 takes around three seconds, given the car’s tremendous acceleration off the line.

It also has a built-in satellite navigation system with a black interior, not bad for a car that is designed for the road and the track.

What a beast, the Mercedes-Benz AMG GT.

Powered by the brains of the people from AMG, the Mercedes has a growing four-liter twin-turbocharged V8.

The engine produces 549 horsepower and has a top speed of 197 mph.

Dick Lovett in Swindon is currently selling this car for £104,990.

In terms of running costs, the Mercedes can do 22.10 mpg.

This car has the lowest output in terms of outright power on this list (440 HP) but it is also one of the lightest, weighing just 1.6 tonnes.

The model in this piece is one of the 150 limited edition race going Vantages that were produced by Aston Martin for the road.

As a result, the price tag is £189k, with Paddulp Limited in Chippenham taking offers.

The Aston is very thirsty when it comes to fuel with a combined MPG of 20.5.

This is the second cheapest car on this list with Dick Lovett from Swindon selling this vehicle for £123,490.

However, it is also one of the fastest accelerating cars on this list with a 0-60 time of 3.1 seconds.

Its 3.8-liter twin-turbocharged V8 engine produces 562 horsepower and has a top speed of over 200 mph.

To help it off the line, the car also comes with launch control.

It has a combined MPG of 23.2, making it very thirsty in terms of fuel.