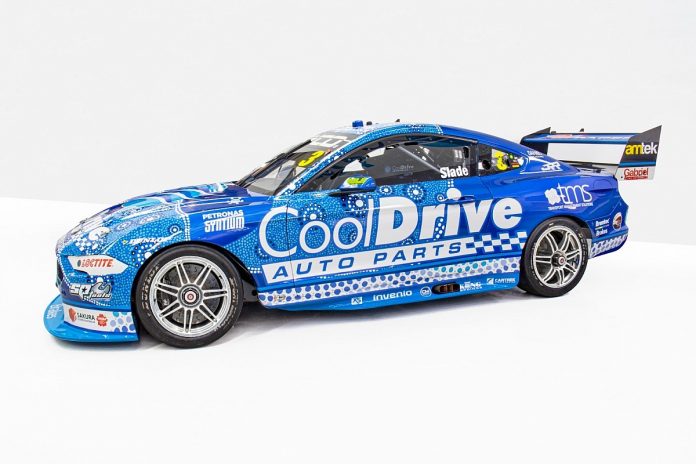 For the first time the Darwin Triple Crown will formally be an Indigenous Round for the category, following the lead of the major football codes in Australia, the Australian Football League and the National Rugby League.

As part of the official designation of an Indigenous Round, teams are now required by the rules to run a First Nations-inspired livery.

The first to unveil its Indigenous Round livery for 2022 is BRT, who engaged local Darwin artist Melissa Tipo/Yaram for its design.

According to the BRT announcement, “at the heart of the design is the saltwater crocodile, which represents strength, power and masculinity.

“Balancing out the crocodile, the water lilies represent fertility, the blue signifies water, and the dots around the motifs symbolize prior generations, who are still overseeing and guiding society.”

Team owner Tim Blanchard welcomed the move to an official Indigenous Round.

“It’s fantastic that in 2022 as a sport we are celebrating the Indigenous Round for the first time, and immersing ourselves with the local history, people and culture,” he said.

“Melissa has done a brilliant job in drawing together so many aspects that are important to the team, and combined tell a great story.

“We hope the car goes as well as it looks!”

It’s also been confirmed that the Darwin Triple Crown trophy will be recreated as a traditional shield while the other trophies will be didgeridoos painted by local artists.

“The prestigious Darwin Triple Crown trophy has been recreated as a traditional shield by Larrakia artist Trent Lee, who designed the official Indigenous Round artwork, and the rest of the trophies will be didgeridoos especially handcrafted by local artists,” explained Northern Territory Major Events Company CEO Tim Watford.

The Darwin Triple Crown will take place at the Hidden Valley circuit between June 17-19.