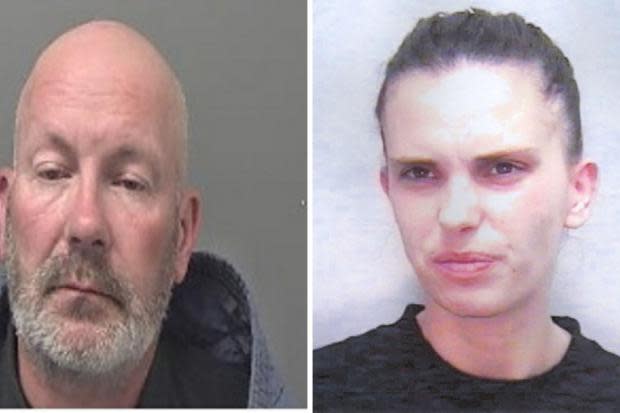 A GANG of thieves whose actions ruined a Christmas wedding and led to an innocent person being disciplined by their employers have been jailed.

But the gang were tracked down through the actions of the bride’s grandmother, who found the pawnbroker where Sarah Holt had sold some stolen jewellery, and another of their victims, who used the FindMyPhone feature on his phone to locate it at Coates’ house.

The gang smashed its way into the grandmother’s car during a wedding at Sandburn Hall in Flaxton north of York and stole irreplaceable jewellery, passport and other documents, said Mr Cordey.

Although she tried to hide the loss from her granddaughter to avoid spoiling her big day, the news got out and other guests hurried to check their cars.

“It ruined the best part of the evening celebration,” the grandmother wrote in a personal statement. She ,had to drive more than 500 miles through December weather in a car without one of its windows to get home,

In a six-week campaign in late 2019 and 2020, the gang also stole essential work tools and work computers from several vehicles.

The gang traveled from its Hull base to Flaxton, Escrick south of York, Thorpe Willoughby, Flixton near Scarborough and Hunmanby to steal items worth more than £12,000

One of the victims was later disciplined by his employers over the theft, said Mr Cordey.

Judge Simon Hickey said: “Outrageously, his company seem to have punished him. He has done nothing, in my judgment, to cause that. He locked his motor car. He couldn’t have known someone was going to steal from it.”

Other victims told York Crown Court that because they were self-employed they had been unable to work and had had to draw on savings to replace their tools.

One of them, in his personal statement, said: “I think it is despicable someone would take tools belonging to a hard-working person like myself.”

John Holt, formerly of 22nd Avenue, Hull and Coates, of Limerick Close, Hull, both pleaded guilty to conspiracy to steal.

Mr Cordey said she researched the value of the stolen items on the internet within hours of the thefts.

John Holt, whom the judge said played the leading role, was jailed for 33 months, Coates for 10 months and Sarah Holt for eight months.

Each of the three was also ordered to pay £486 compensation to the man who was disciplined.

Victoria Smith Swain, for John Holt, said he had had financial problems at the time and had since moved away from his criminal associates.

Adam Keenaghan for Coates said he had made a stupid mistake which he regretted.

Ian Phillips for Sarah Holt said she was now in full-time employment.