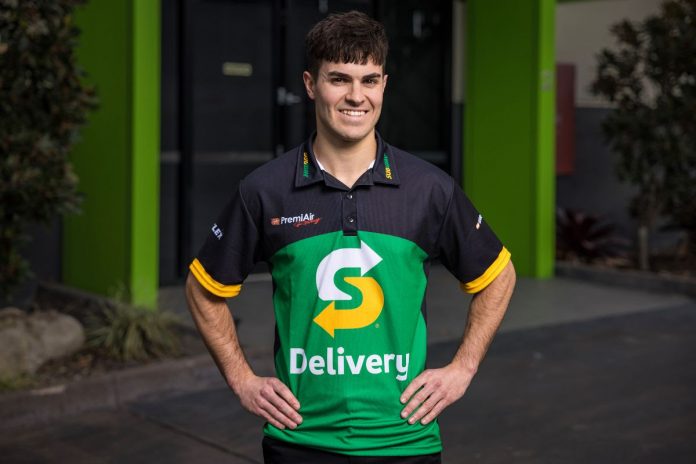 James Golding is undaunted ahead of his sudden return to the Repco Supercars Championship field in the NTI Townsville 500 which kicks off today.

In a deal which has come together in less than three weeks, Golding will pilot the Subway-backed ZB Commodore for the final seven events of the season, when his only start of the year was to have been another as a Team 18 co-driver in the Repco Bathurst 1000.

However, he is taking that all in his stride.

“It took a bit to sink in but now we’re up here and it’s all happening, it sort of feels natural to me, I feel like I’m back where I’m used to being, so it’s not too daunting or anything like that,” Golding told Speedcafe.com.

“I’m just looking forward to getting in the car and seeing what it’s like out of the box, and just settling back in.

“Obviously, new team, so just getting used to working with them, and see how we can progress forward.”

Golding has just the 2020 and 2021 Bathurst 1000s under his belt since Garry Rogers Motorsport left Supercars at the end of 2019, as far as that category is concerned, but has been racing a high-powered, rear-wheel-drive V8 in the S5000 Australian Drivers’ Championship in the intervening period.

As such, he feels sharp ahead of his return to the touring car competition.

“I’m definitely race-fit, after driving the S5000s,” said the Victorian.

“That kept me sharp and fit. They’re pretty hard cars to drive and I’ve kept up all my training and everything, so that’s definitely not a worry for me.

“It’s just about getting used to the car, what’s underneath me, and just getting in to see where we sort of fit in.”

Helping Golding’s cause will be the familiarity of the PremiAir equipment given it, like Team 18, is a Triple Eight Race Engineering customer.

“I think the main characteristics of the car are going to be pretty similar,” he remarked.

“It’s good to be able to go from a Triple Eight car to another one, because all the buttons are in the same spot, the rollbars and everything swing the same way, so it’s not too much to get accustomed to.

“It’s just about getting all the finer details right and doing the overall job of driving and that’s the main thing, really.”