Here’s why electrifying classic cars makes so much sense 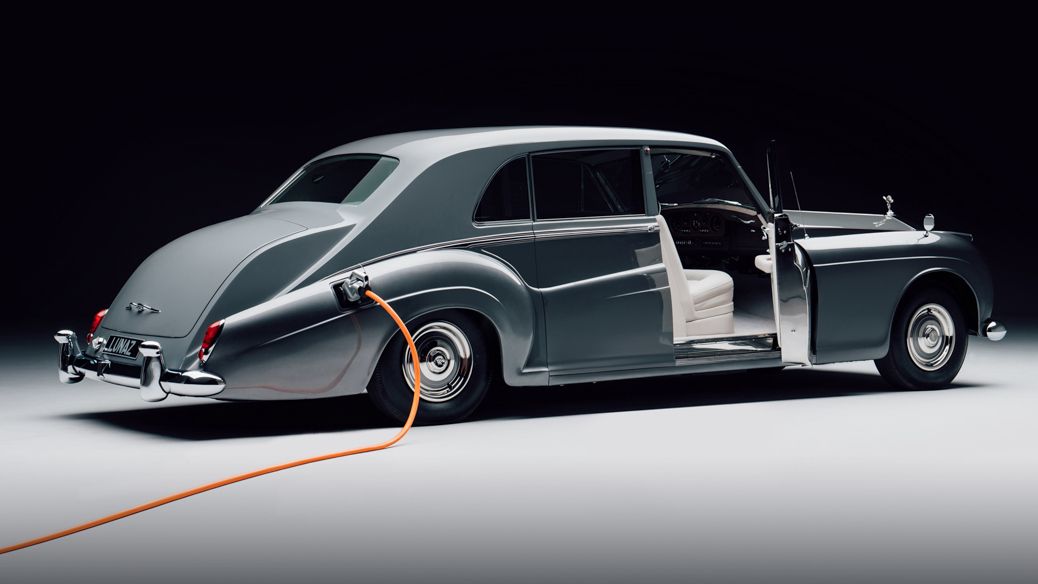 All the best features, news, tips and great deals to help you live a better life through technology

Thank you for signing up to T3. You will receive a verification email shortly.

There was a problem. Please refresh the page and try again.

As electric car sales continue to grow, a smaller but no doubt more interesting market is flourishing with equal enthusiasm: Converting classic cars to electric.

Several startups doing this are based in the UK’s ‘motorsport valley’ around Oxfordshire, and began by fitting the motors and battery packs from Teslas written-off to older cars. Now though, they have matured into firms that assemble their own drivetrains, write their own code and produce beautifully restored classic cars that retain their bygone charm while emitting no CO2.

Before anyone dives into my DMs for an argument, lines must be drawn. There are some cars that should never have their engine replaced by an electric motor. Ferraris from the 1950s and ’60s with their magnificent Columbo-designed V12s are obvious examples, along with anything where the engine and its soundtrack are the main event.

But a classic Bentley or Rolls Royce? An electric motor only serves to make these cars even quieter and smoother than before, while doing away with the complexities of an aging engine. Likewise, classic city cars like the original Mini, or the Citroen 2CV, Volkswagen Beetle and Fiat 500. With their rattly engine removed, the charm remains in place.

Their engines were never much to write home about in the first place, and today’s EV restoration companies are so good at what they do, that a plentiful 100 miles of urban range is achievable, even from the smallest cars – and all without compromising on cabin and storage space, or performance.

Lunaz and Electrogenic are two British firms doing exactly this. The former is focused on the high-end market, bringing electric power to almostidiously restored examples of Bentleys, Jaguars, Range Rovers, Rolls-Royces and Aston Martins, with prices stretching from £300,000 to about £1m. You may well have heard of Lunaz, as David Beckham is an investor and recently gifted an electrified Jaguar XK140 to his son Brooklyn as a wedding present.

Electrogenic is another British firm removing the engines from classic cars, but here the catalog is almost as broad as the customer’s imagination. The company has electrified Land Rovers used at Worthy Farm, of Glastonbury Festival fame, and it is currently swapping engines for motors in a fleet of classic Minis run by Small Car Big City, a London sightseeing company whose fleet no longer complies with the capital’s Ultra Low emission zone regulation. Electrogenic says anything built before about 1985 can be turned into an EV without too many headaches.

More modern cars rely too much on computers to be turned electric, but the desire to convert anything from the 90s and 00s is surely minimal anyway.

Converting a Mini costs from around £30,000 plus VAT, and a feature of Electrogenic’s work is how the manual gearbox can be retained if the owner wants. This can be left in third and driven like a regular EV, or the driver can shift up and down through the gears for a more involving experience. Having driven an Electrogenic Mini on a small circuit, I can confirm the noise is different, but the fun is still very much retained.

Electrogenic isn’t afraid of gauging engines from Jaguar E-Types, and has even converted a beautiful 1950’s Porsche 356 to electric, complete with a range of around 140 to 160 miles. That isn’t much compared to the 300-plus miles of a Tesla, but that isn’t the point. These are recreational cars that will be driven for pleasure on a weekend, not tasked with cross-country road trips or the daily grind.

Although, 100 miles of daily range is plenty for almost everyone in the UK, and I can think of worse modes of office transport than a classic Porsche that won’t wake the neighbors or drip oil on the driveway.

Speaking of Porsche, another company swapping hydrocarbons for electrons is Everrati. Here, instead of focusing on the automotive bookends of Minis and Bentleys, the targets are a little more contentious: the Porsche 911 and Ford GT40.

Everrati made a splash in 2021 with the reveal of its electrified 964 generation 911, complete with lightweight carbon fiber body and 500-horsepower electric drivetrain. There’s even a Bluetooth speaker hidden inside a fake exhaust, and Everrati is working on a system that emits sound effects to match how the car is being driven.

Of course, this won’t be for everyone. But the company is the first to admit it’s a bit of fun, and an example of the creative opportunities unlocked when engines and fuel tanks are swapped for motors and battery packs. Such creativity might anger Porsche purists, but they aren’t necessarily the intended clientele. By turning iconic sports cars electric, Everrati has found a new set of customers who don’t want internal combustion but still wish to drive something interesting. Customers like Matt Rogers, the former Apple engineer and Nest co-founder who is Everrati’s first US customer and an investor in the British startup.

That’s the thing with electrifying classic cars. Some customers have inherited these vehicles and don’t have the time, knowledge or interest to maintain their original drivetrains, but admire their beauty and want a hassle-free way to enjoy them. Others come to the likes of Electrogenic, Lunaz and Everrati because they are young and wealthy, want to drive an electric car for environmental and social reasons, but wish to sit behind the wheel of something more interesting than a Tesla.

Petrolheads will sigh at the thought of a silent Porsche 356, or a Jaguar that has lost its roar. But it seems inevitable that internal combustion will soon be banned from the streets of major towns and cities, perhaps even before it is outlawed from the forecourts of new car dealerships.

Now imagine central London in the mid-2030s; quieter and cleaner than it has been for a century, but with beautiful classic cars lining its side streets, and the only tell being their lack of an exhaust pipe.

Internal combustion will still have a place for many, many years to come. And I truly hope events like the Goodwood Revival will continue to celebrate the motorcar in all its deafening, flame-spitting glory. But, save for those with vast historical significance, there is much to be gained from turning everything else, including a great many classic cars, electric.