How to Beat the Highest Price Hikes On Food, Clothing, Travel, Cars, More 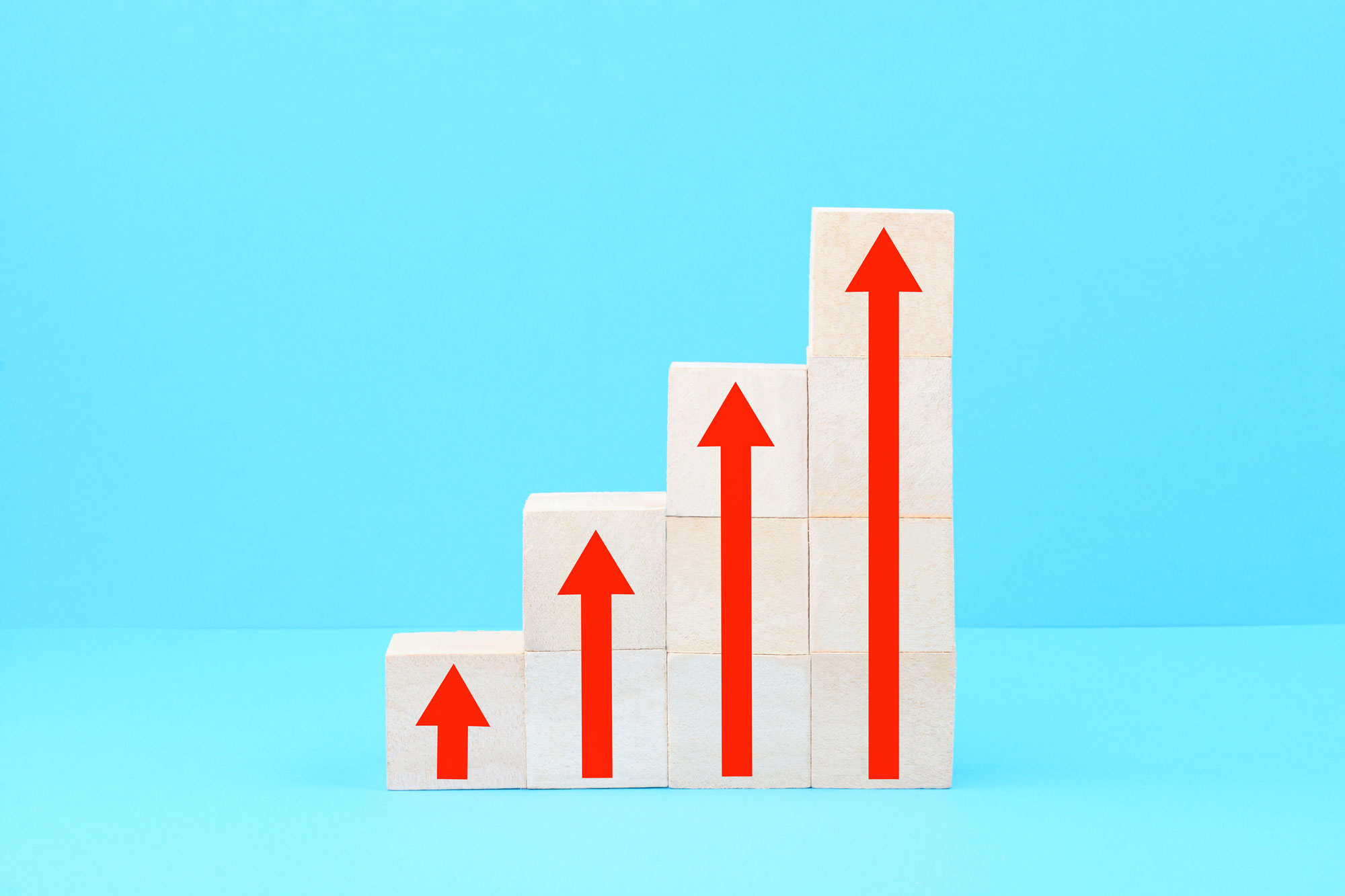 According to a new Washington Post-ABC News poll, 94 percent of Americans describe themselves as either “concerned” or “upset” about inflation. And with good reason: Prices are rising at the fastest pace in over 40 years. According to the Bureau of Labor Statistics, prices were up 8.5 percent in March from the year before, the highest increase since inflation spiked at over 14 percent annually in 1980.

There are numerous likely culprits, ranging from moves in recent years by the Federal Reserve to brisk consumer demand to supply chain problems exacerbated by the pandemic to higher oil prices linked to the war in Ukraine. But if experts disagree about exactly why inflation is up so dramatically, few of them are expecting it to ease any time soon.

Until it does, consumers will have to look hard for ways to save on things we buy all the time like food, clothing, furniture, cars and travel. Here a few ideas to help you ease inflation’s bite on your wallet in categories where prices have been rising the most steeply.

The grocery store is where most Americans are likely to feel the biggest impact from inflation. The Department of Labor’s food at home index rose 10 percent over the last 12 months, the largest 12-month increase since 1981, with the biggest mark-ups being meat, particularly beef. According to the Bureau of Labor Statistics, the average price of a pound of ground chuck in March was $4.87 a pound, up 5 percent from this February and up 11 percent from last March.

One way to save at the supermarket is by paying with a credit card that gives you cash back on food. Blue Cash Preferred Card from American Express gives you 6 percent cash back at US supermarkets on up to $6,000 per year. The American Express Gold Card offers four points for every dollar spent at both restaurants and grocery stores.

If you spend less than $500 a month for groceries, Citi Custom Cash might be your best bet; shoppers can earn 5 percent cash back in 10 retail categories, including grocery stores.

Another option: cashback apps like Ibotta and Rakuten, which offer rebates and discounts if you shop at certain retailers. Ibotta also has a browser extension that compares prices and tracks grocery store deals.

Supermarket loyalty cards can also help you save. Safeway and Kroger offer fuel discounts when you join their rewards programs, so customers can save on climbing gas prices, too. Old-school steps like collecting coupons can also ease your grocery bill somewhat, as can keeping an eye out for post-holiday markdowns.

Another way to cut costs and help the planet at the same time is by downloading a food waste app. Too Good to Go, for instance, connects customers to surplus food at restaurants and stores, typically at prices one-third of the original.

Other ideas to save on meat? Food blogger Maddy Quoss (@quosserole on Instagram) suggests using veggies like mushrooms, which absorb a lot of flavor, to stretch a pound of meat. The best way to save money at the store, however, might be just to channel your inner vegan. Research from Oxford University shows that a vegan diet costs as little as one third of a carnivore’s and can reduce your carbon footprint by up to 73 percent. 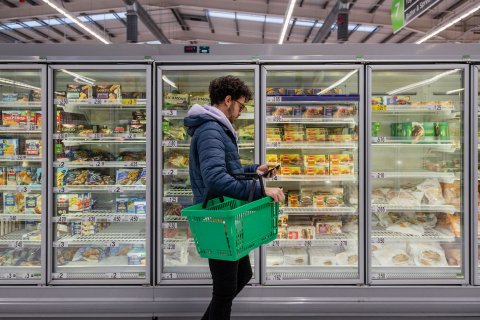 Man shopping in a supermarket while on a budget. He is looking for low prices due to inflation, standing looking at his phone in front of a row of freezers.
Getty

If you’re selling a used car or truck, you’re in luck; but if you’re in the market to buy, not so much. Both new and used car and truck prices have soared over the past year, not only due to inflation but also because of semiconductor and microchip shortages. According to the Bureau of Labor Statistics, the average price of used cars and trucks for urban consumers jumped 40 percent from January 2021 to January 2022.

“I don’t think we’re ever going to go down to pre-pandemic prices,” says Kelly Stumpe, car salesperson and CEO and founder of The Car Mom, adding that used car prices are likely to stay high. “There’s no used car factory,” she says. “When it’s 2027 and you’re trying to find a 2022 car, well, there weren’t a lot sold, because there weren’t a lot made.”

That said, the proliferation of car price comparison sites and apps have made shopping for the best price easier than it used to be. Autotrader, for instance, aggregates prices from dealers and private sellers, along with offering reviews and comparison tools. TrueCar shows what others have paid for both new and used vehicles in your area.

It also pays to shop for a good deal on a car loan. In general, you are likely to get a better deal on a car note from a bank or a credit union than you are from a car dealer, though dealers do offer loan promotions on some models to buyers with good credit. At the moment, Ford, for instance is offering 0 percent financing for 36 months on its 2022 Maverick pickup truck. As with cars themselves, there are numerous sites and apps, like Nerdwallet and Carvana, that compare loan rates offered by different lenders.

People feeling the travel bug might also be feeling the price squeeze. According to the Hopper travel website, the average price of a roundtrip ticket is up 40 percent this year. Rising fuel prices have been a big driver behind the fare increases. Jordan Staab, CEO of SmarterTravel, says consumers can expect prices to continue to climb (and can also expect flight shortages), into spring and summer. For the best value, Staab advises booking well in advance, suggesting at least four months for international flights and two months for domestic flights, and even earlier if you plan to travel around a major holiday. Flying on a Tuesday or Wednesday is also your best bet at saving, as flights are often cheaper. Sign up for fare alerts on sites like Airfarewatchdog to do the work of finding the lowest prices for you from your home airport or to a specific destination.

If you’re considering a road trip, a Costco membership could be a worthy investment. The company provides deals on rental cars (and buying groceries in bulk could also help you save on food costs).

Average furniture prices have increased by 15.8 percent since last year, according to the Bureau of Labor Statistics, and there’s a good chance it could take weeks to months for new pieces to get delivered to you when you account for shipping delays and sourcing issues. Mark Schumacher, CEO of the Home Furnishings Association, says “We have been screaming from the rooftops as an industry about inflation.” Your best bet is to buy something already in stock, rather than custom, even if it’s not the exact color or style you want.

Short of that, there are numerous apps and sites that can help you find whatever deals there may be out there. CamelCamelCamel, for instance, can track the price of furniture on Amazon (or anything else available via the mega-retailer) and signal you when prices drop.

Another alternative is to join your neighborhood’s Buy Nothing Project, the hyperlocal Facebook and app-based groups where people give away everything from televisions to dresses to household and cleaning supplies. Facebook Marketplace and OfferUp are also great places to find discounted furniture, especially around the first of the month as people are moving and anxious to clean house.

Just in time for wedding season, the price of suits grew 14.5 percent, while dresses climbed 10.1 percent, according to the Bureau of Labor Statistics. Researchers at The National Retail Federation say the rise can be attributed to strong demand. “People are going back to working in offices after two years of wearing casual clothes, so it makes sense that there would be increasing demand for suits and dresses,” an NRF spokesperson says.

As with furniture, buying clothing secondhand is one way to combat high pricing. Find a brand and style you’re interested in first, and then search it on resale sites like Depop or Poshmark. Someone might be selling exactly what you’re looking for.

Rental sites are another option. Nuuly, launched by Urban Outfitters parent company URBN, is a subscription-based service that allows you to rent a set number of items per month at a flat rate. If you want to keep a piece, you can also buy it at a discounted price.

Meghan Gunn is a staff writer at Newsweek. Twitter @95gunn. This story is part of a series exploring the latest consumer trends and innovations. For more articles on these topics, go to newsweek.com/oracle.