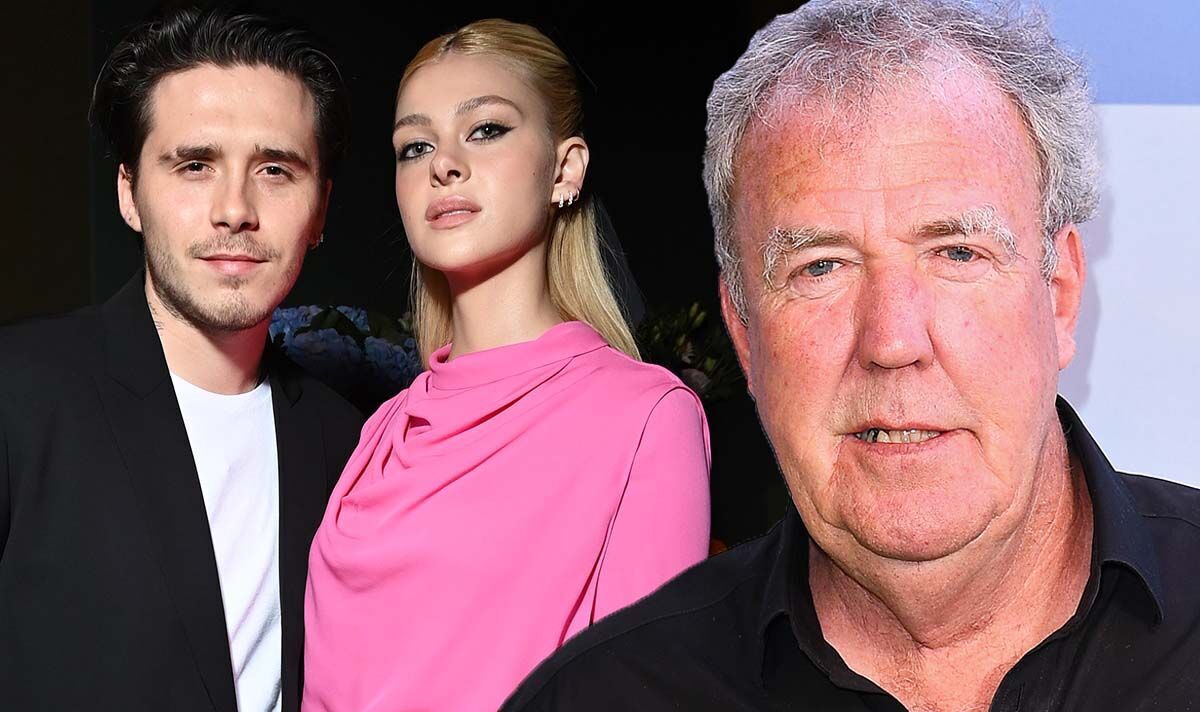 However, the lavish event did not seem to impress the Grand Tour host, who claimed the event “can’t have been much of a fun party” as guests drove back home afterwards.

Jeremy said: “We were all treated this week to photographs of the young Beckham leaving his wedding in a classic Jaguar and his dad going home at the wheel of a cool Maserati.”

“And all I thought was: ‘Can’t have been much of a fun party if everyone was sober enough afterwards to drive,'” the TV presenter continued, in his column for The Sun, earlier this month.

But Jeremy was not the only well-known face to weigh in on the young couple’s high-profile nuptials.

Piers Morgan, 57, made a dig about the event as he sarcastically said he “can’t wait to hear” about Johnny Depp and Amber Heard’s ongoing court battle.

The former Good Morning Britain presenter took to his Twitter account to make light of the event in view of his 7.9 million followers.

He tweeted: “I can’t wait to hear more about how much Johnny Depp and Amber Heard hate each other.

“Just as I can’t wait to hear more about an ex-footballer’s son’s wedding.”

Mistylucas80 said: “Oh dear. Someone didn’t get an invite to the socialite event of the year.

“A chance to rub shoulders and pander to vacuous celebrities gone down the drain.”

“Someone didn’t get the invite they clearly wanted soooo much,” Micky Lyttle added.