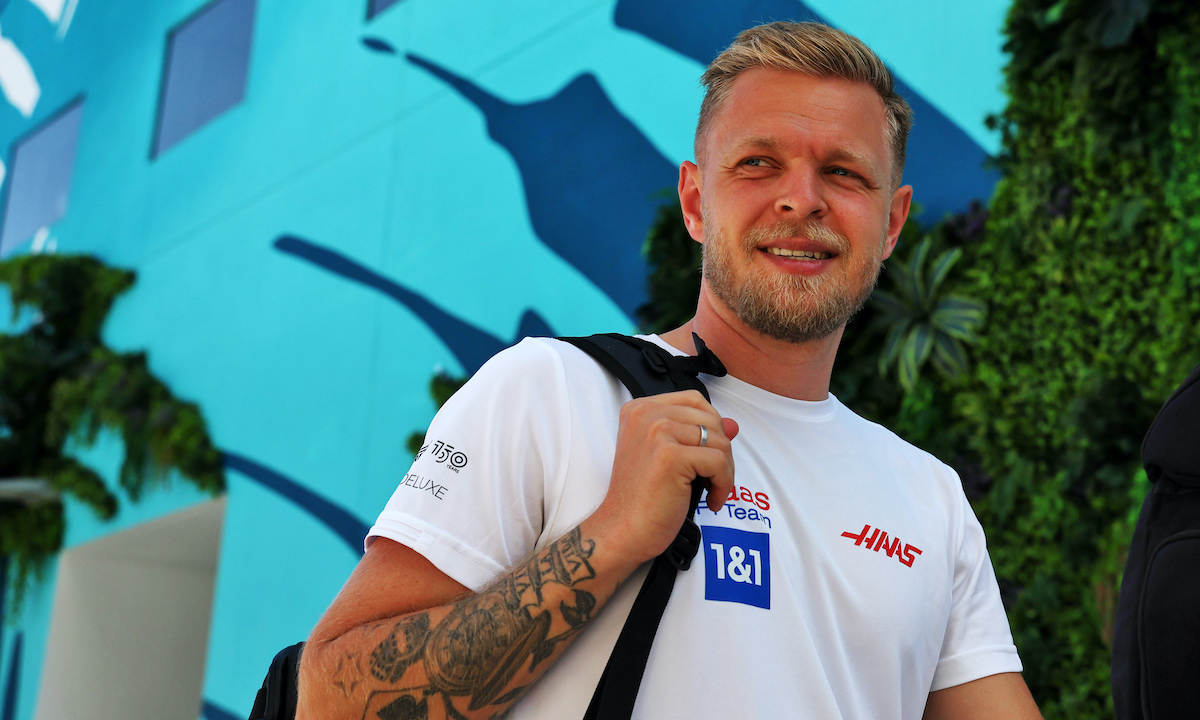 Haas Formula 1 driver Kevin Magnussen believes the FIA’s crackdown on jewelery has perhaps gone a step too far with drivers forced to remove items such as wedding rings.

The FIA ​​reminded drivers of the rules surrounding jewelery earlier this season, but it’s only this weekend in Miami that they will start taking action against drivers for disobeying the regulations.

Lewis Hamilton has openly criticized the crackdown and turned up to a media briefing wearing three watches and multiple bracelets and rings in defiance of the rules. As a result, on Saturday morning the FIA ​​added watches to the list of prohibited items.

Lewis Hamilton wore multiple rings, bracelets, necklaces and watches to a media briefing in protest of the clampdown

Magnussen understands the reasons behind the FIA’s push, but believes it has gone too far when a simple wedding band can’t be worn and suggested drivers take responsibility for wearing personal items.

“I understand what they are saying, but it is a wedding ring around your finger,” said the Danish driver.

“With something like that, like your wedding ring. Let us take that responsibility. There must be somehow to remove liability.”

However Magnussen admitted he would follow the rules and remove it this weekend because of the threat of a heavy fine which is believed to be around $50,000 (£40,000) for a first offence, rising to $250,000 (£200,000) for a second offence. Championship point deductions have also been threatened for multiple offenses.