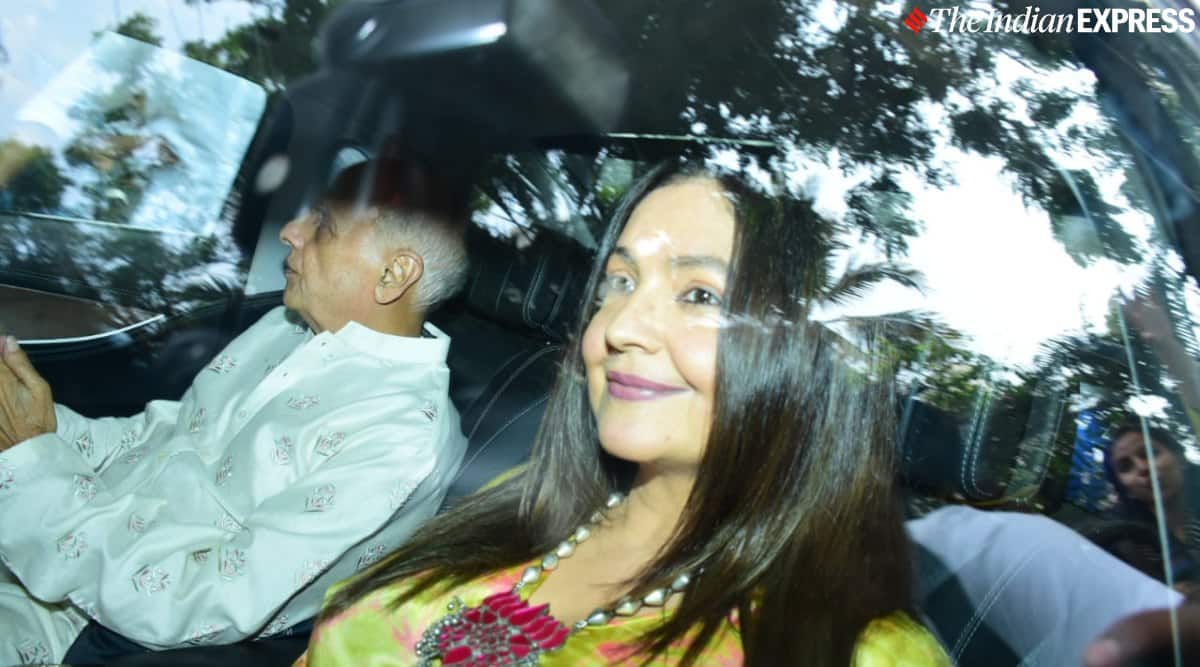 the pre wedding festivities of Alia Bhatt and Ranbir Kapoor began on Wednesday in what looked like a mehendi and haldi function. As the guests arrived in yellow and white outfits, it looked like the ‘Kesariyah’ Theme that was started by Brahmastra director Ayan Mukerji earlier in the day, was brought to life. While the guests did not pose for the cameras outside the couple’s house in Bandra, photographers managed to click the celebrities in their cars, and in one of these photos, it was evident that the bride’s father Mahesh Bhatt also applied mehendi on his palm.

Alia’s half-sister Pooja Bhatt waved at the photographers and her mehendi was distinctly visible as well.

This was a close-knit function and it is being speculated that the wedding will be a private affair as well, followed by a grand reception.

Alia and Ranbir have been dating each other since 2017, ever since they started working on Brahmastra. In an earlier interview with The Indian Express, Alia said, “In the moment I am a very ‘dil wala’ person. I am a little bit of a romantic in that sense, ‘pyar kiya toh darna kya’ types. He is somebody I deeply love and look up to and feel very comfortable with. That’s the point of us dating for so many years. I’m too comfortable not to talk about it.”