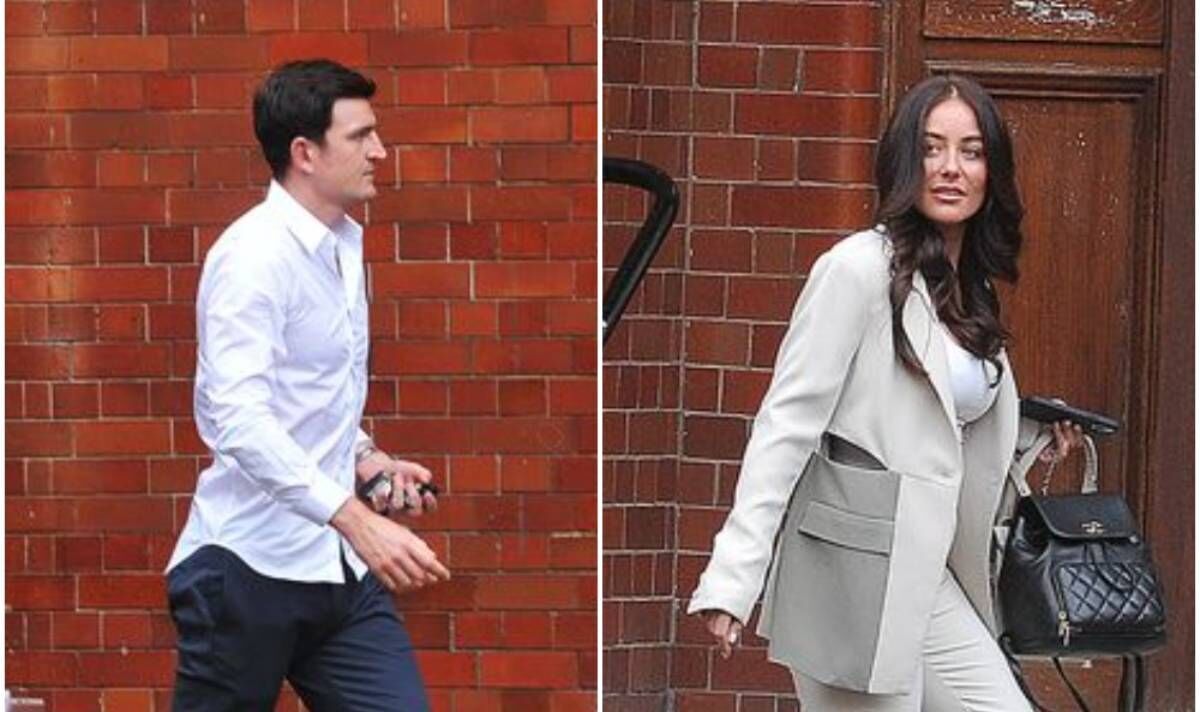 Manchester United captain Harry Maguire got married to childhood sweetheart Fern Hawkins at a low-key ceremony on Thursday. The United defender tied the knot at Crewe Registry Office in the afternoon straight after leaving the club’s Carrington training ground.

Maguire met Hawkins over 10 years ago when he was 18 and still a part of Sheffield United’s youth set-up. They have been engaged since 2018 following a trip to Paris and are parents to two children, Lillie Saint, three, and Piper Rose, born in May 2020.

The Registry Office ceremony took place in front of a small group of loved ones, who were texted the location on the same day, so as to avoid attention. Although now officially married, the couple will renew their vows at a grander ceremony in Burgundy, France, this summer.

“It was a closely guarded secret to all but their closest family and friends,” a source told The Mirror. “They wanted to be officially married in the UK before they head to France. That will be a fairytale wedding day for Fern.”

Maguire’s sister Daisy, 21, will be bridesmaid at the ceremony in France later this year, while his brothers Laurence, 25, and Joe, 30, will also attend. Everton goalkeeper and Maguire’s England team-mate Jordan Pickford, and his wife Megan Davison, will attend, with Davison a bridesmaid for the occasion.

Maguire has endured a difficult season on the pitch for Manchester United and has recently lost his place in Ralf Rangnick’s side. Victor Lindelof and Raphael Varane have become Rangnick’s first-choice centre-back pairing, although he could get back into the team for the club’s final game of the season against Crystal Palace on May 22 following the disastrous 4-0 defeat by Brighton.

The 29-year-old, who joined United in a £80million move from Leicester City in the summer of 2019, has struggled with injuries this season. His physical issues have hampered his form, resulting in some high-profile mistakes.

Maguire has been booed by his own fans this season and United are about to finish a fifth successive campaign without any silverware. They are sixth in the Premier League, but could finish seventh if seventh-placed West Ham win their final two matches of the season.

Rangnick will be replaced by Erik ten Hag this summer, with the Dutchman joining after securing a third Eredivisie title with Ajax. The 52-year-old is expected to overhaul the current squad in the summer transfer window.