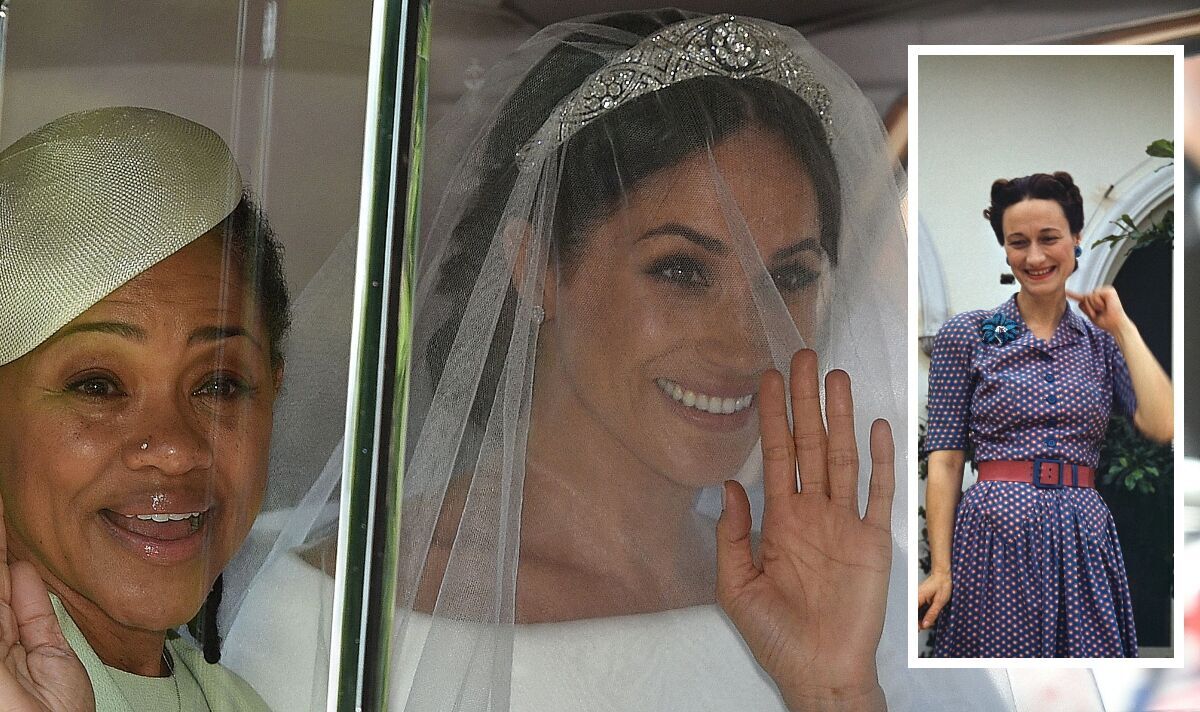 Meghan Markle, 40, tied the knot with Prince Harry, 37, on May 19, 2018. Although it was the Duchess of Sussex’s Givenchy wedding dress that grabbed all the attention on the day, there was something else that caught people’s curiosity. This was Meghan’s choice of car to take the Duchess to St George’s Chapel for the ceremony.

The car in question was a Rolls-Royce Phantom IV.

However, this car happened to be the same vehicle used to transport another royal 46 years earlier.

This royal was Wallis Simpson. The late Duchess of Windsor traveled in the same car to the funeral of her husband, King Edward VIII, in 1972.

READ MORE: Meghan and Harry to spend ‘exciting and magical’ summer with kids

Her marriage to Edward VIII caused the 1936 abdication crisis.

The luxury Phantom IV took the Duchess of Sussex to St George’s Chapel on her wedding day.

This was 46 years after it was used for fellow American Mrs Simpson.

Meghan, whose mum Doria had been by her side, had glowed on her wedding day to Prince Harry four years ago.

But some pointed out that the use of the car may have been in poor taste, having been used by Wallis to attend the funeral of her husband the Duke of Windsor in 1972.

Edward abdicated in December 1936 after being told he could not both be King and marry Wallis.

He made a BBC broadcast saying he could not do the job of the King “without the help and support of the woman I love”.

The pair married on June 3, 1937, at the Château de Candé but no members of the Royal Family attended.

They kept the titles ‘Duke and Duchess of Windsor’ until both parties died.