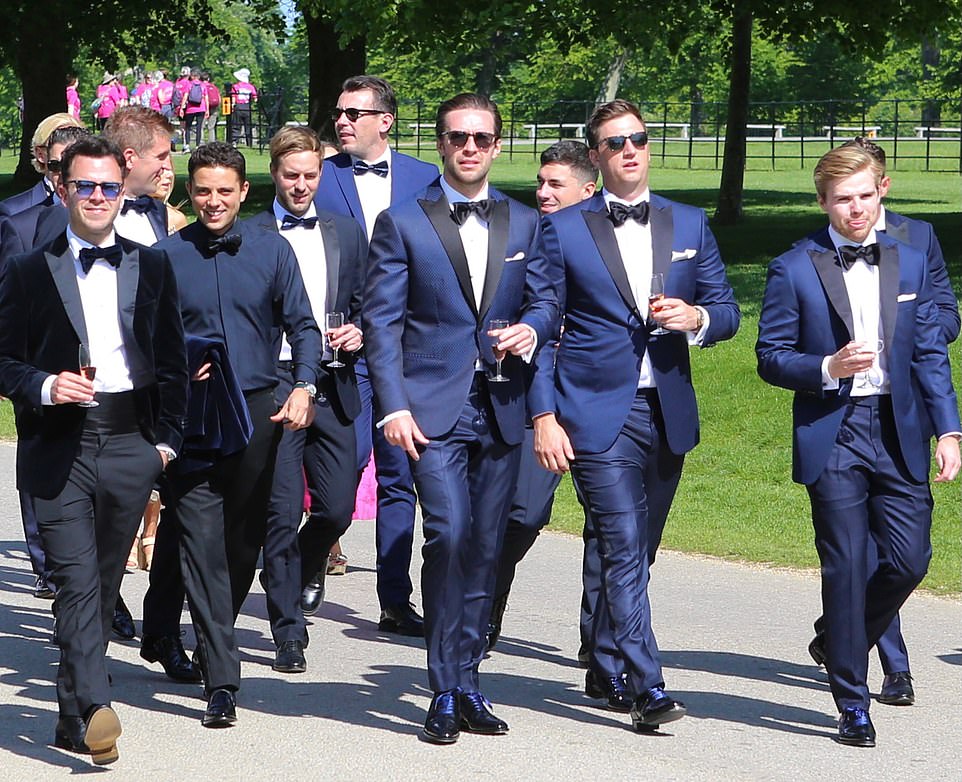 Mike Ashley’s eldest daughter has married the successor to his Frasers retail empire Michael Murray in a lavish ‘£3 million’ wedding at Blenheim Palace.

Murray, 32, and Anna Ashley tied the knot after hiring out the 18th century ancestral home of Winston Churchill in Woodstock, Oxfordshire, on Saturday.

Ashley hired the entire palace for his daughter’s wedding, with guests transported to the venue from nearby hotels in classic cars and historic buses including a 1950 Bedford OB Duple Vista and 1949 Bedford OB ‘straight-liner’ 29-seater coaches.

The floral display used to decorate the grand entrance to the palace is believed to have cost more than £1m alone, while the entire wedding is thought to have been worth more than £3m, one source said.

Murray, meanwhile, enjoyed a workout on the morning of the wedding before walking through the grounds surrounded by groomsmen and guests to get to the palace.

He dressed in a blue suit with black trimmed jacket and bow tie as he sipped from a champagne glass during the walk.

Tight security was in place to restrict access to the popular site, with guests arriving from late morning ahead of the wedding at around 3pm.

The Doncaster-born son of a property developer first started helping Sports Direct founder Ashley with personal property deals a few years after he reportedly met the businessman’s eldest daughter on vacation in Majorca back in 2011.

The couple are understood to live together in a £10.7m mansion in the affluent district of Belgravia in central London.

Murray was originally hired in 2016 to oversee the Fraser’s real estate activities before his promotion to ‘head of elevation’ in January 2019 – a position in which he earned millions of pounds.

Widely seen as Ashley’s right hand man, he took over his role as chief executive officer of the earlier this month after his father-in-law announced he would be stepping down last year. Ashley has now stepped down to become deputy chairman.

He is the son of a Doncaster property baron and is a former nightclub promoter. 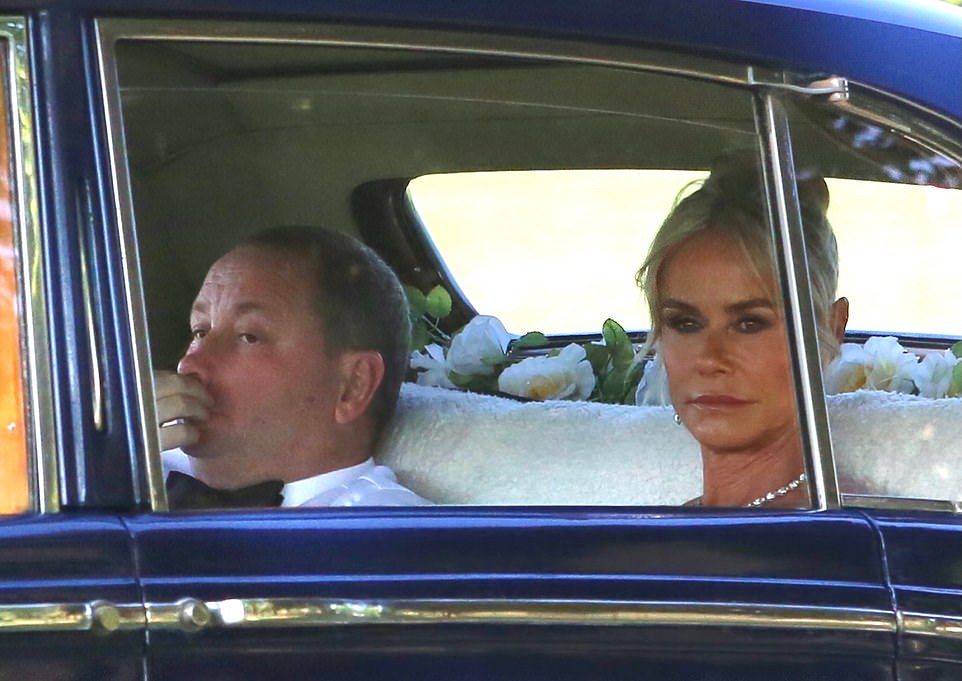 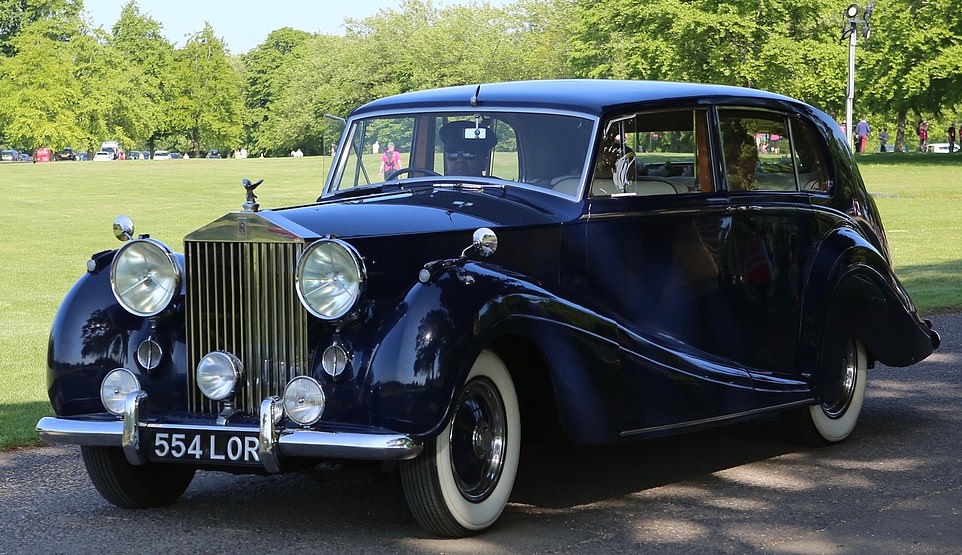 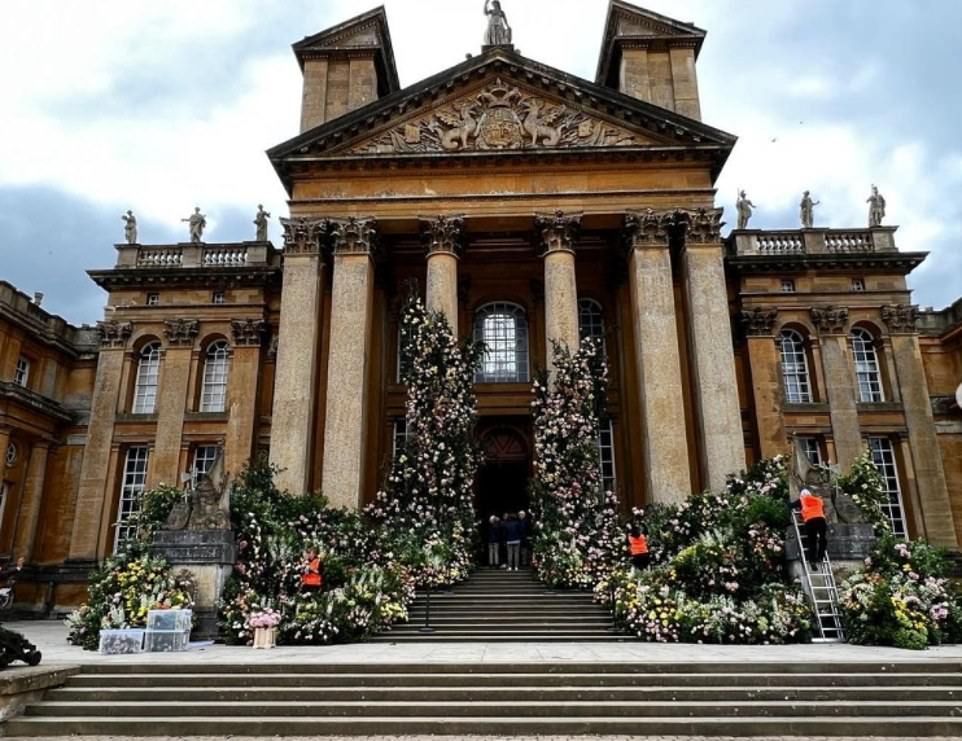 The huge floral display at the grand entrance to the 18th century palace in Woodstock, Oxfordshire, is believed to have cost more than £1million alone

Ashley hired out the entire palace for the wedding, with the ceremony believed to have taken place between 3pm and 4pm on Saturday 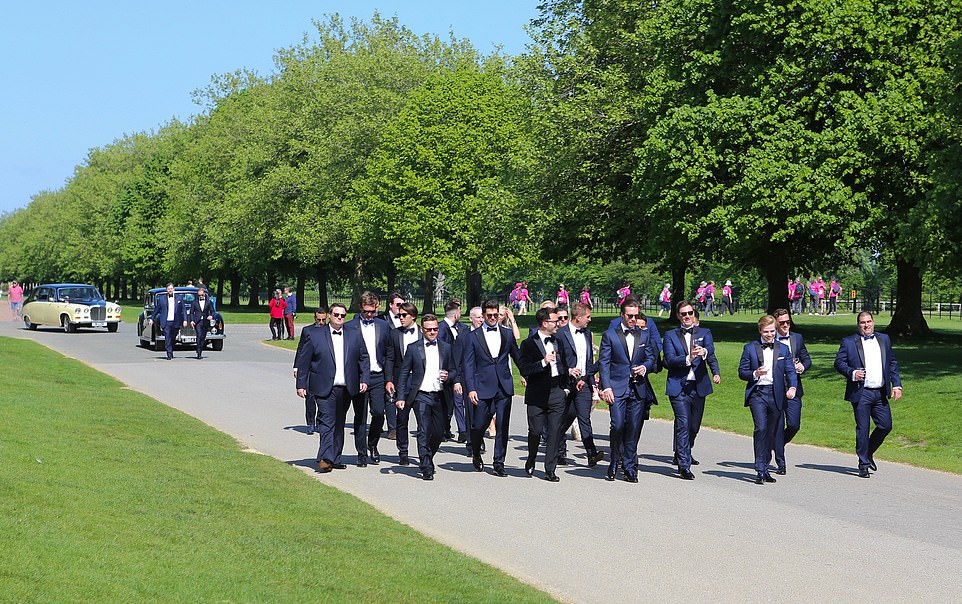 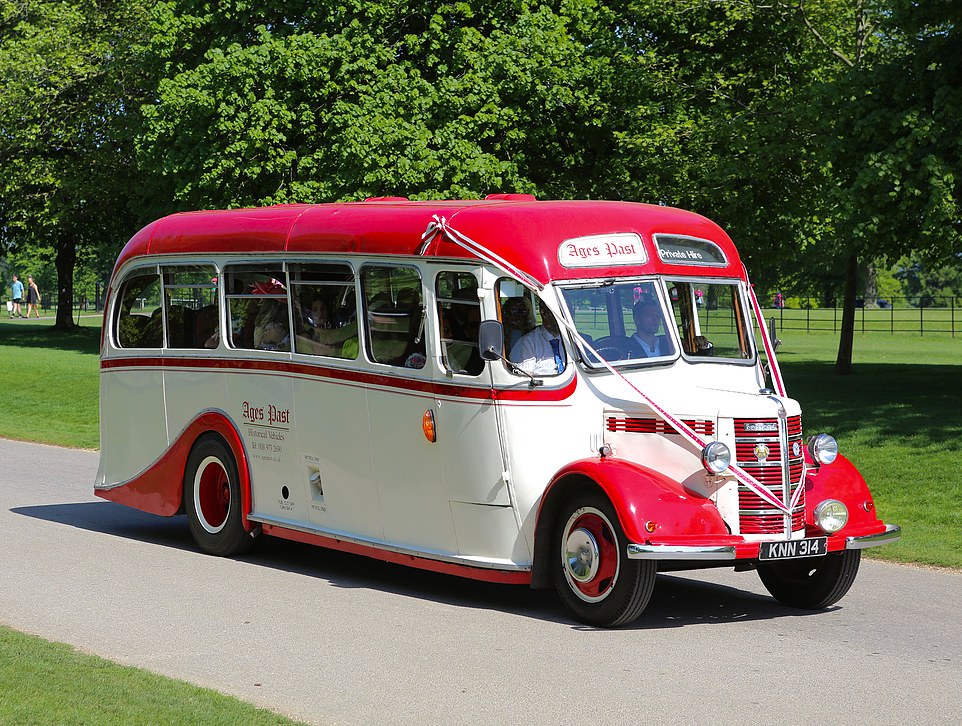 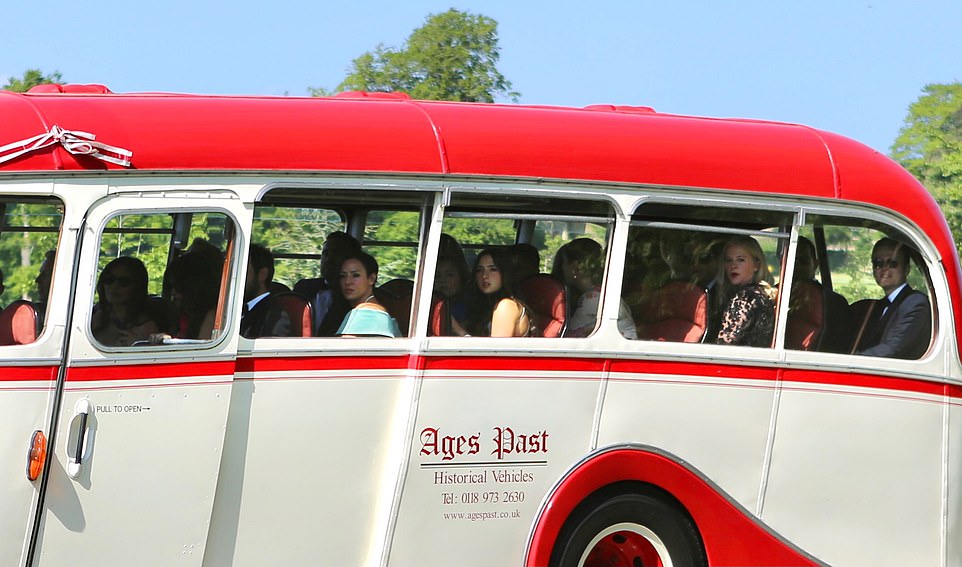 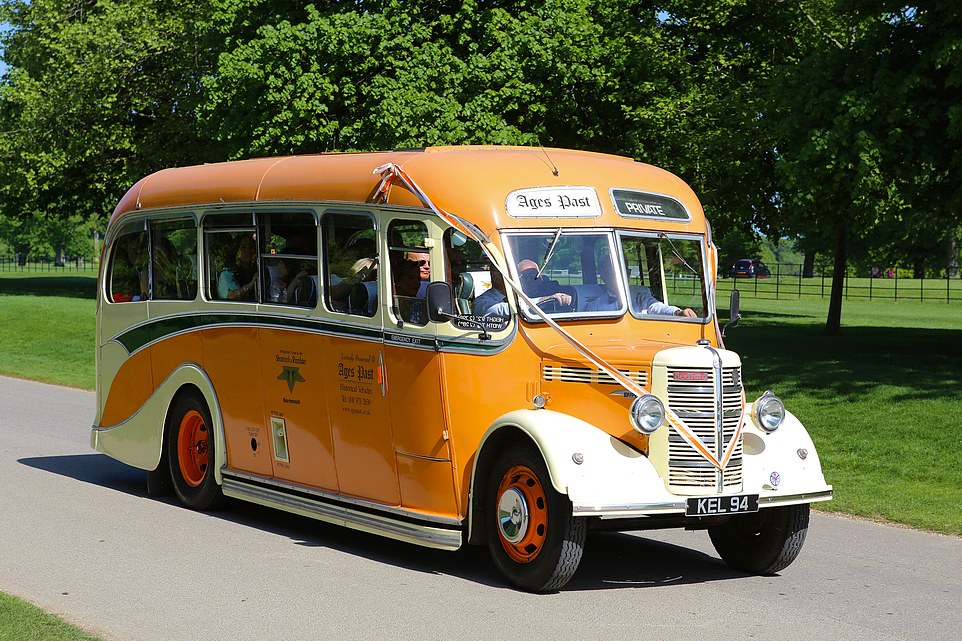 An orange, cream and white 1950 Bedford OB Duple Vista 29-seater coach was among the vehicles used to transport guests to the venue 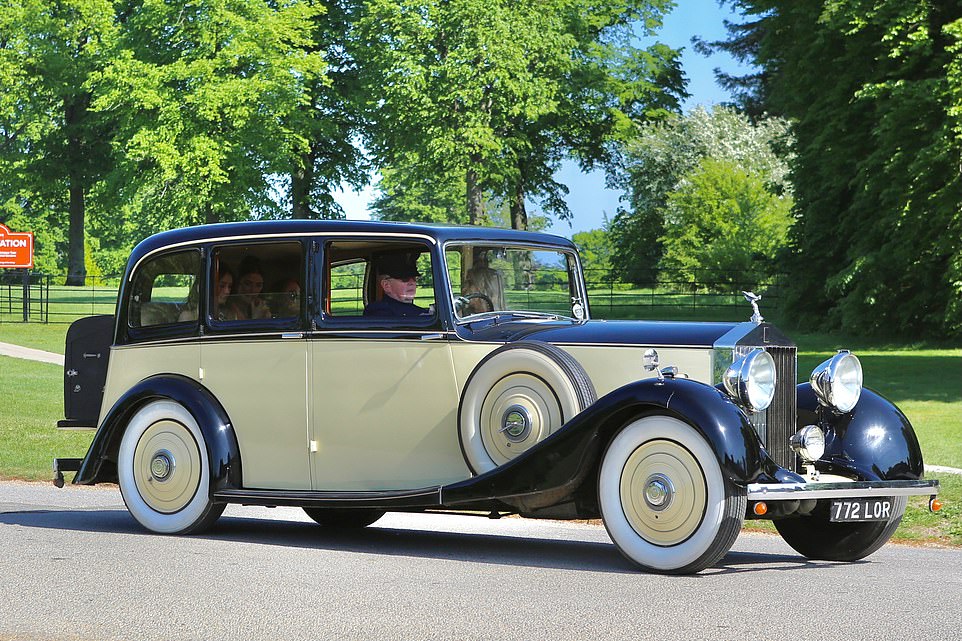 Rolls Royces were also used to transport guests to the venue on Saturday, with chauffeurs smartly dressed in sunglasses and hats 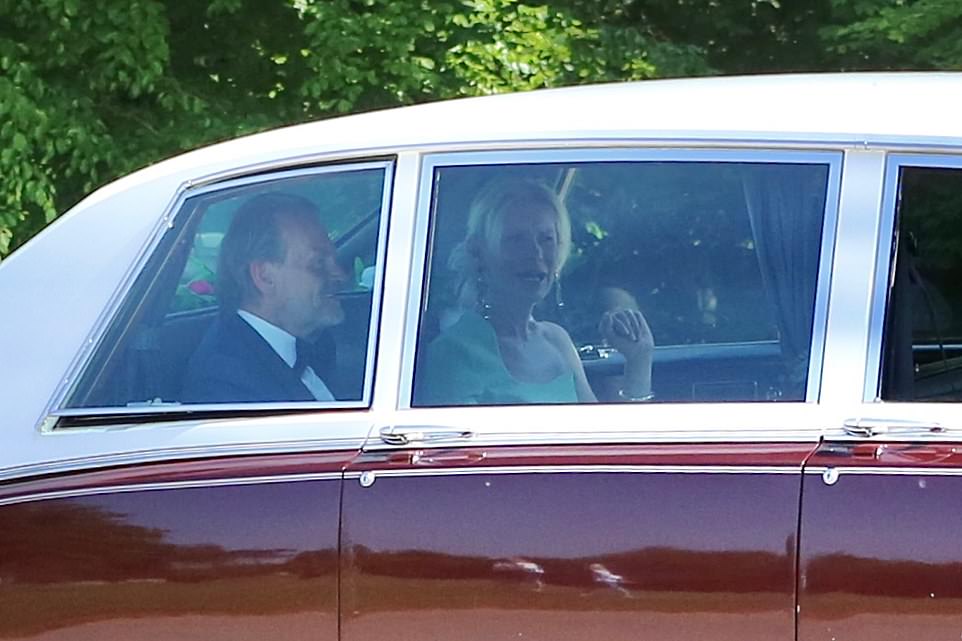 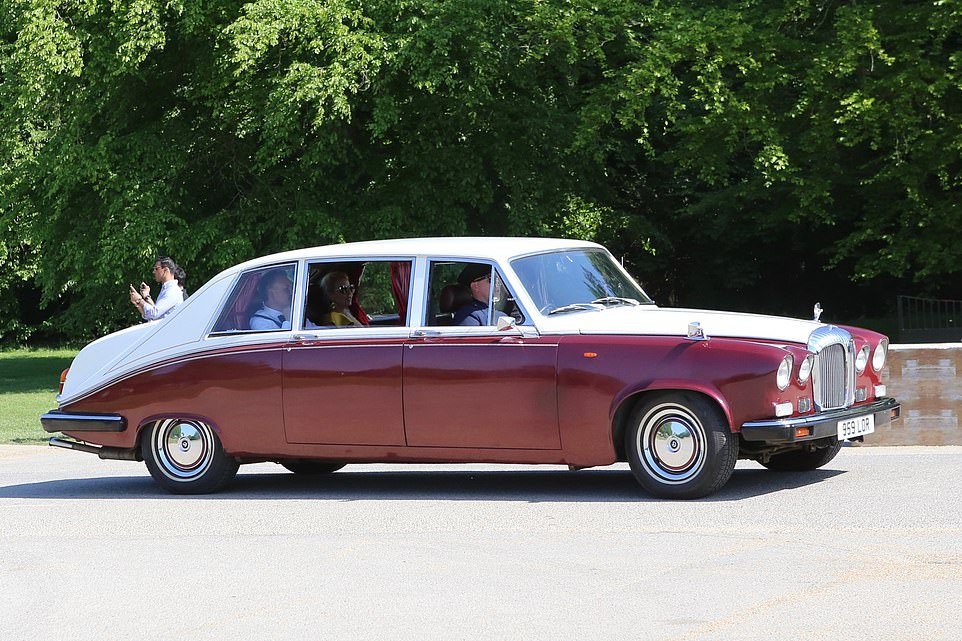 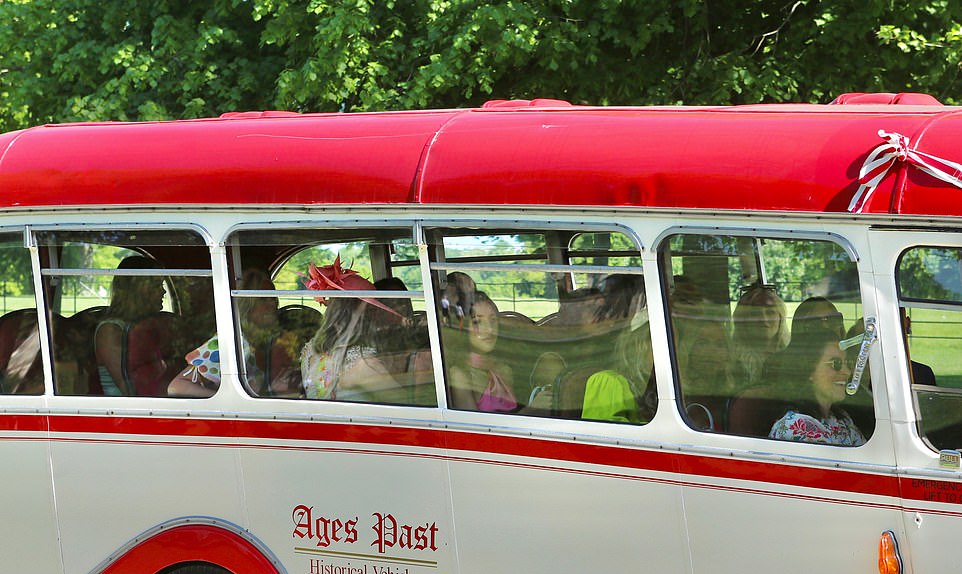 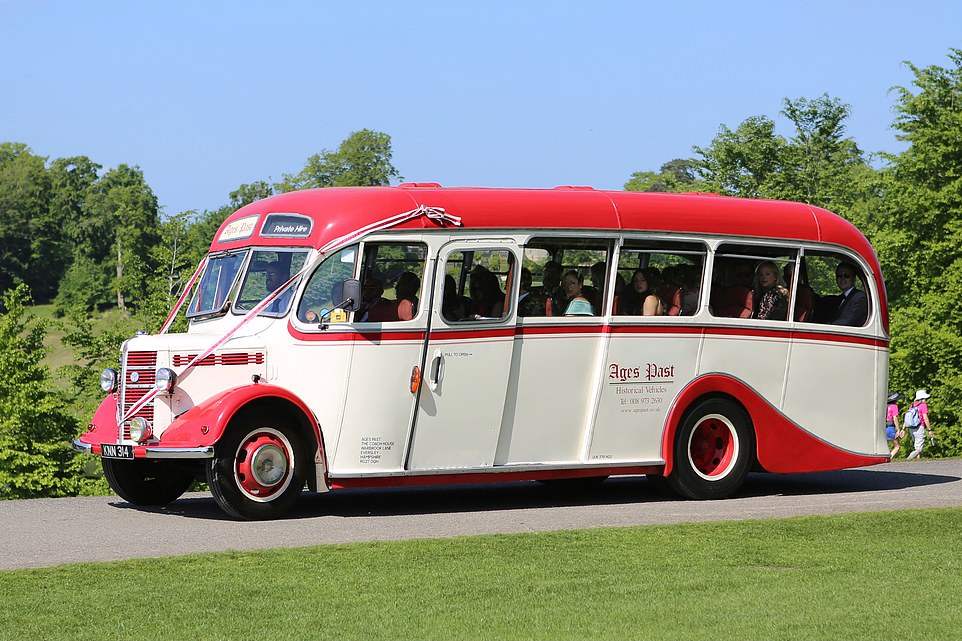 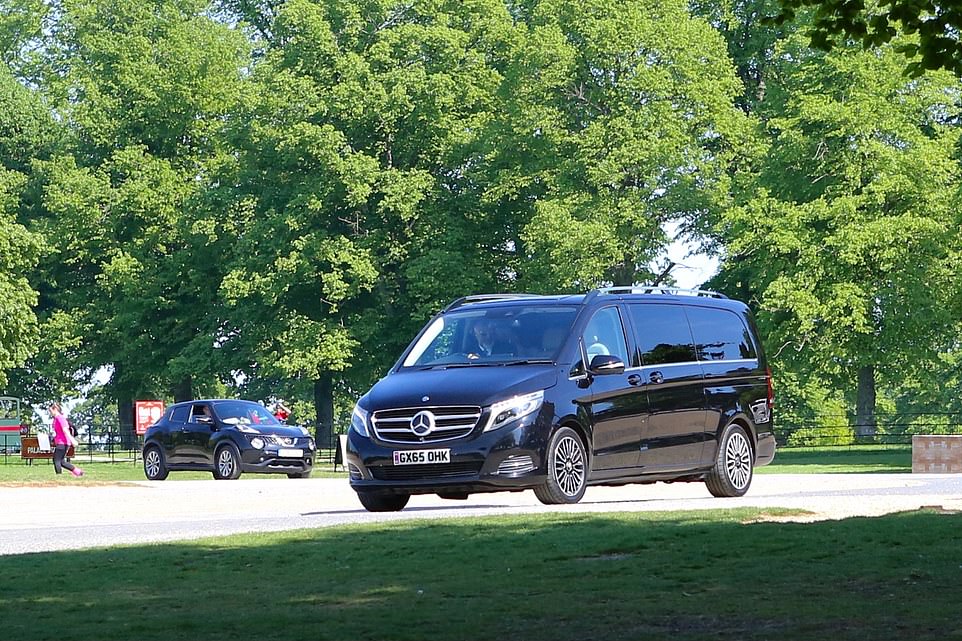 A more modern, blacked out vehicle makes its way through the grounds of Blenheim Palace on Saturday ahead of the ceremony 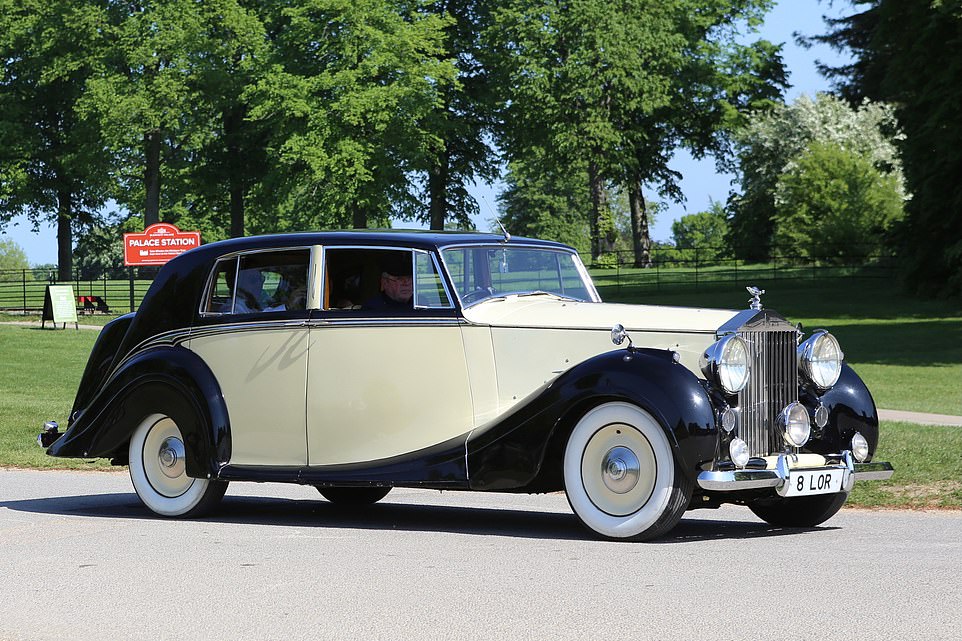 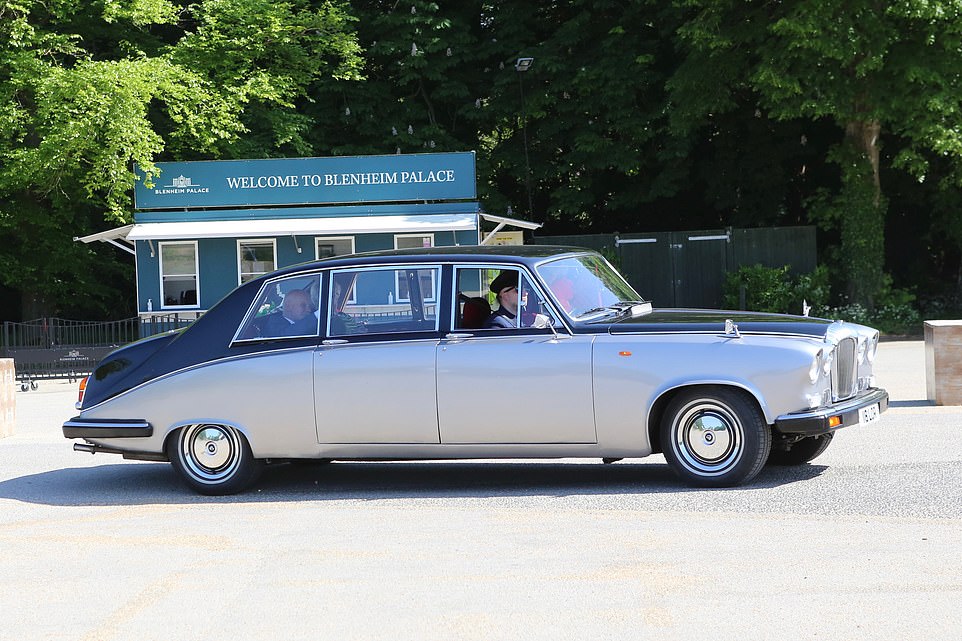 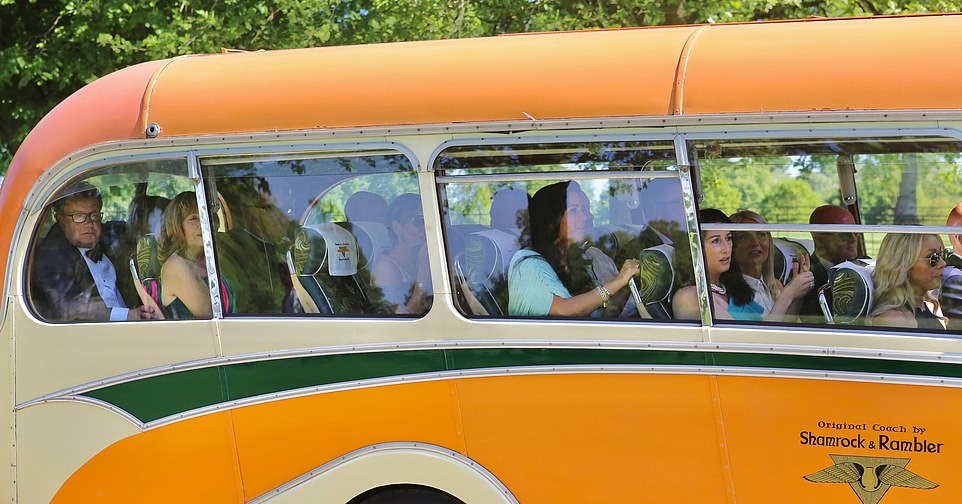 Smiling guests look ahead at the palace, which was decorated with a huge floral display at the grand entrance, as they make their way to the wedding 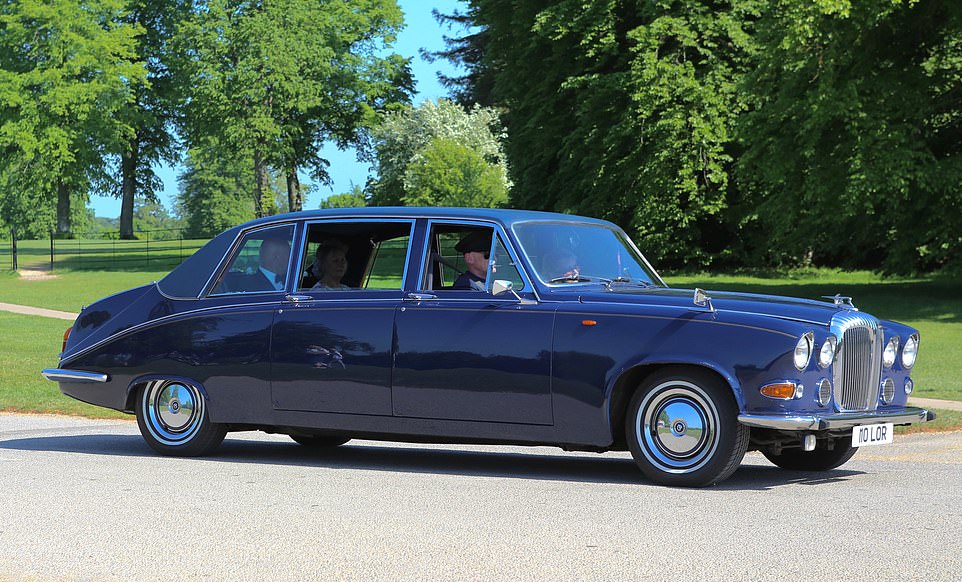 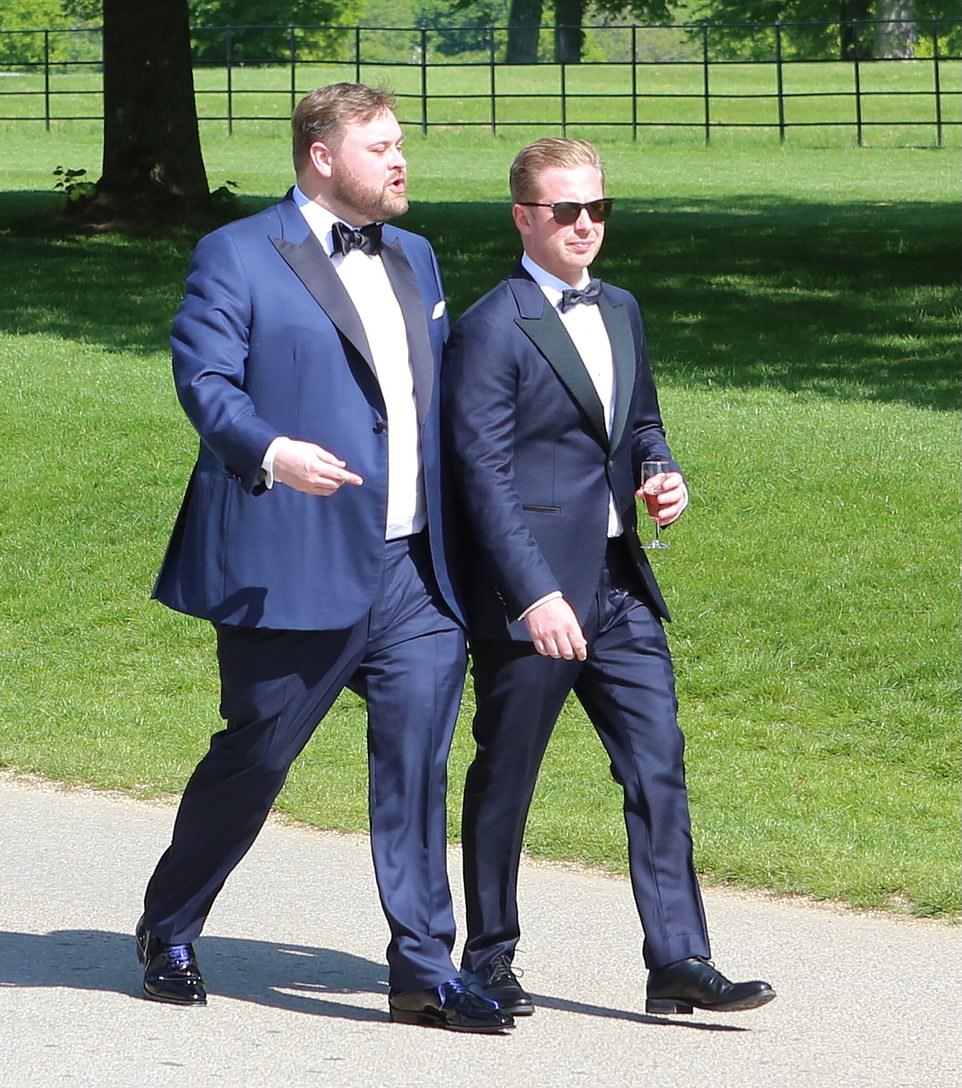 Guests walked with Murray through the grounds of Blenheim Palace on Saturday, while the majority were taken to the ceremony in classic vehicles 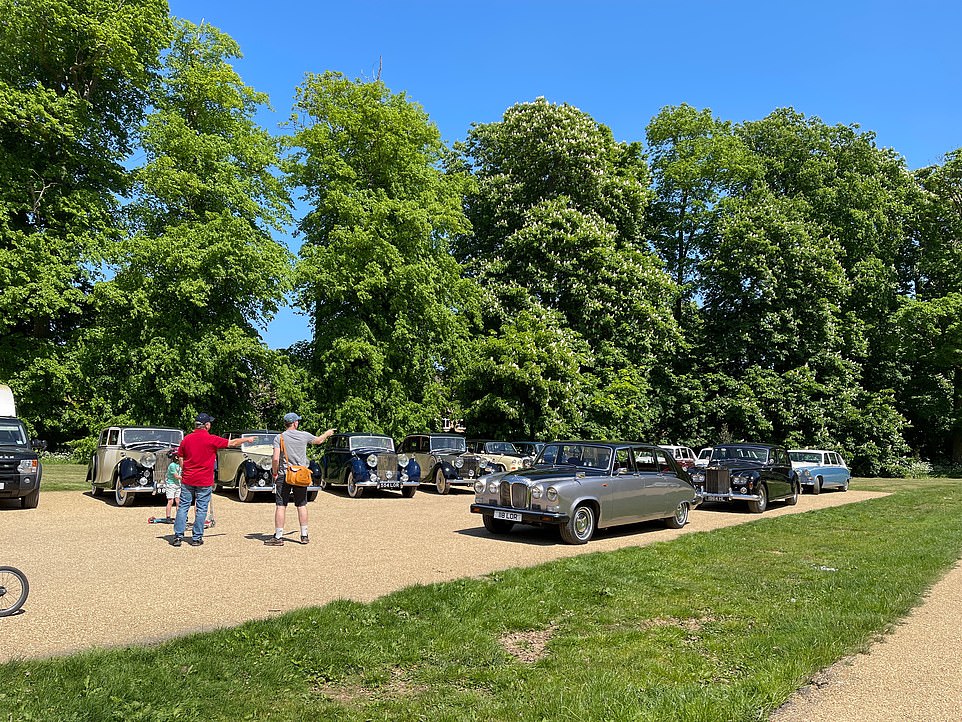 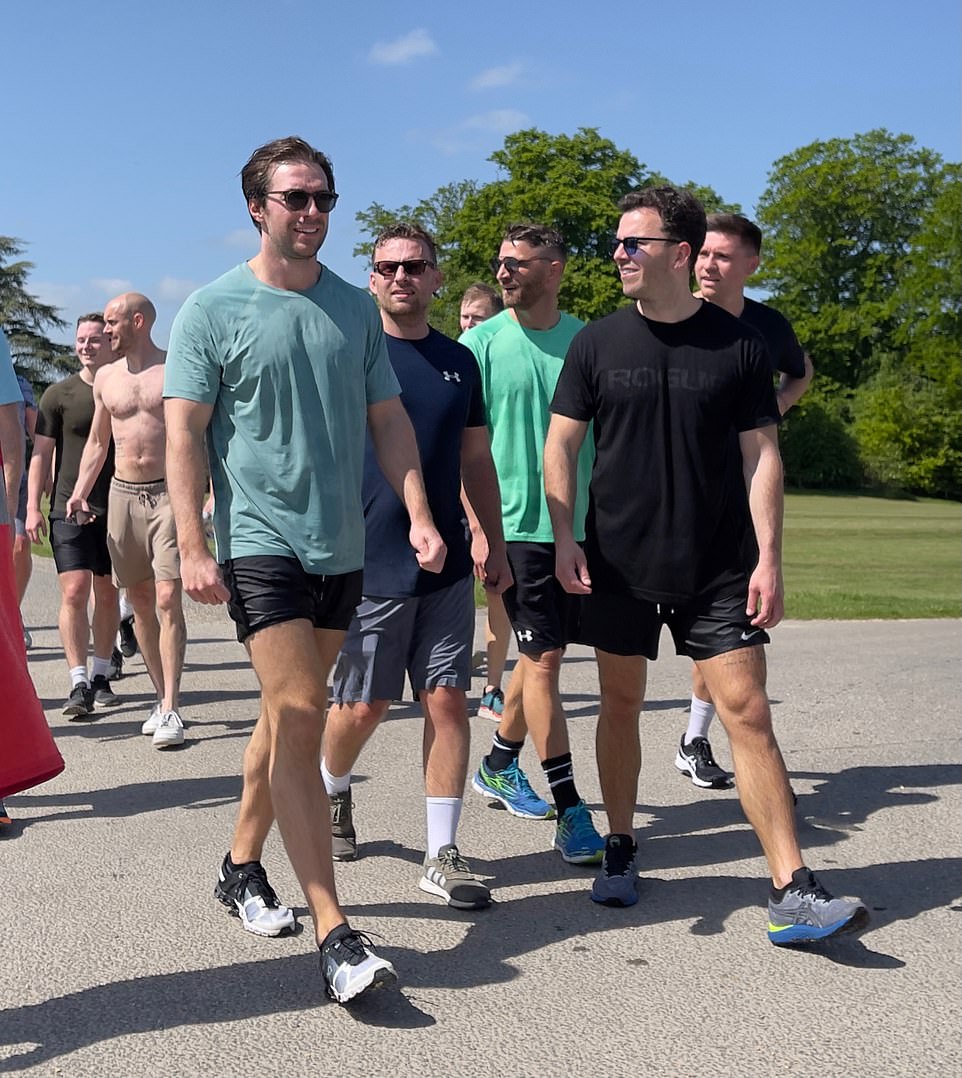 Michael Murray, now chief executive of the Frasers Group founded by his father-in-law Mike Ashley, went for a morning workout with a number of friends on the day of the wedding 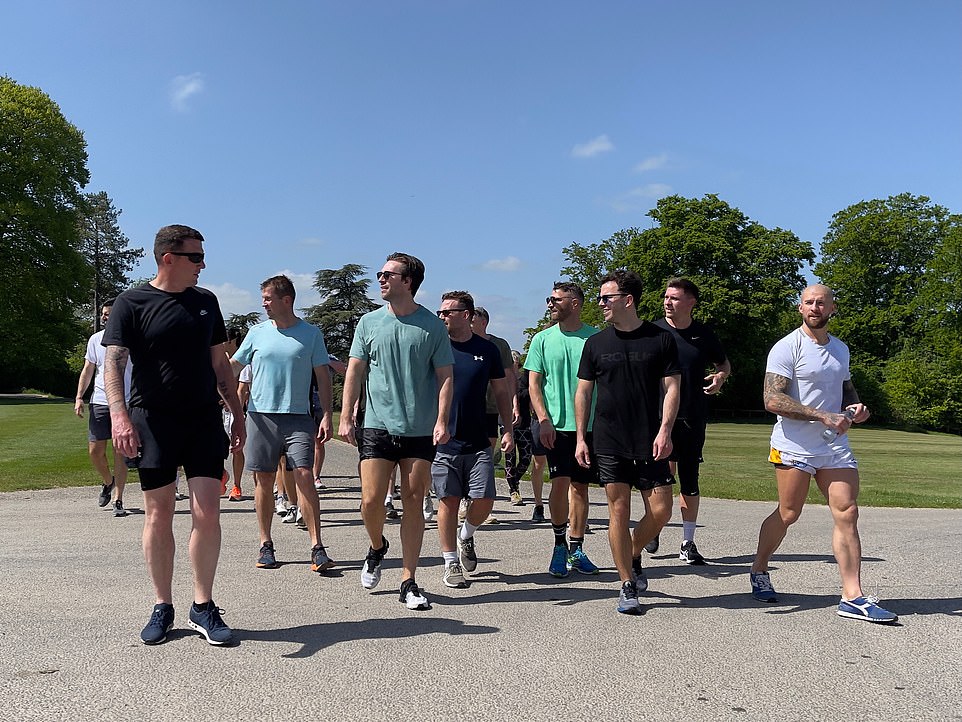 The men, most of whom wore sunglasses, walked through the grounds of the palace and took in the sights in the sun before the wedding later in the afternoon

As of August, the Frasers Group was thinking to be worth around £3billion and was operating almost 1,000 shops.

Murray has said he aims to accelerate the group’s strategy to achieve its vision of serving ‘customers with the world’s best sports, premium and luxury brands’.

Anna is one of Ashley’s three children with interior designer ex-wife Linda.

Ashley has been one of the high street’s most colorful characters since founding Sports Direct in 1982.

He has rapidly grown his retail operation in recent years, snapping up a number of distressed British brands including Evans Cycles, Jack Wills and Game. 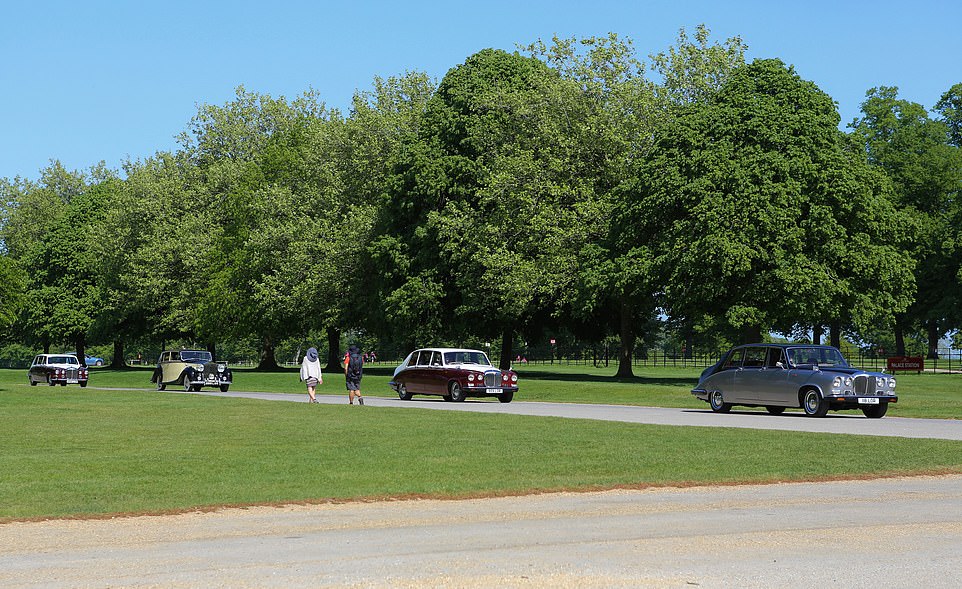 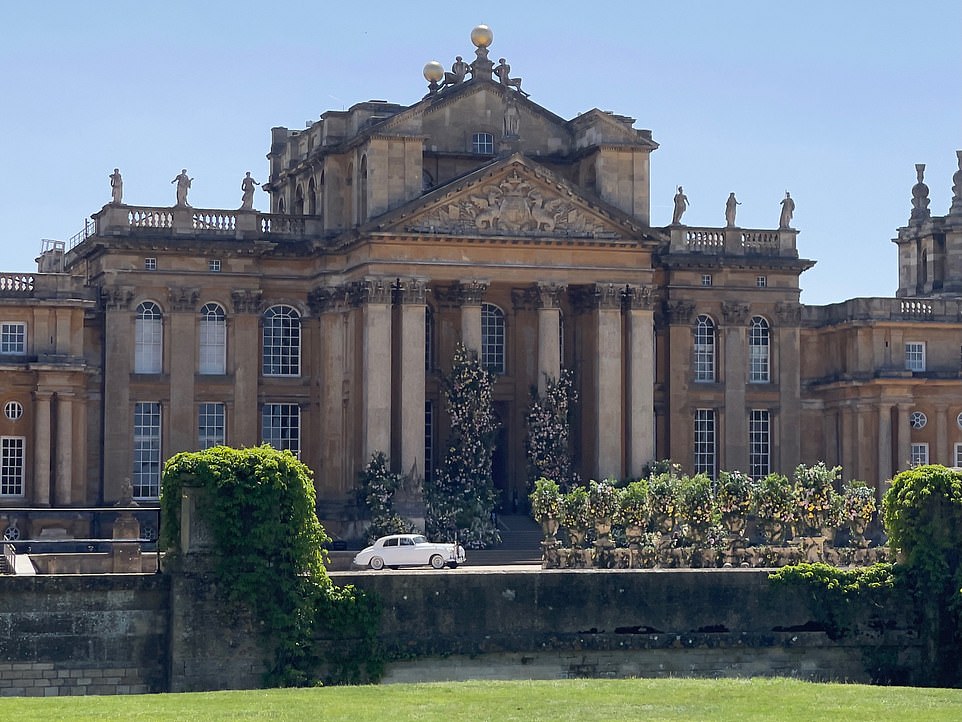 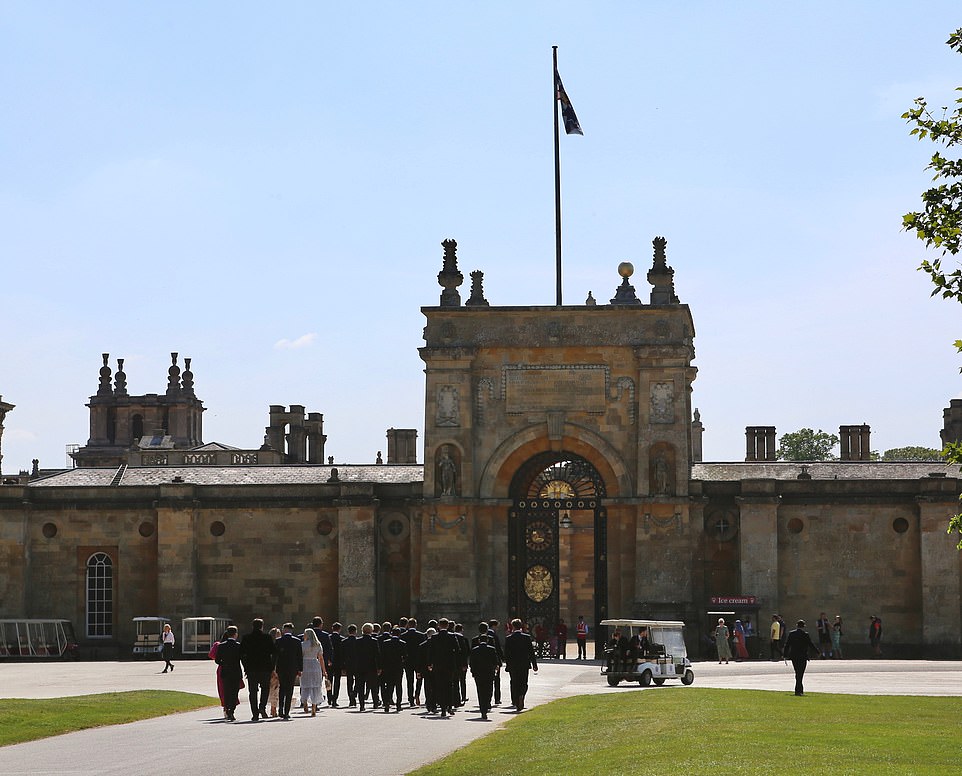 Wedding guests walk through the grand entrance to the venue, with an ice cream stand and security dressed in fluorescent jackets on site

The company purchased ailing House of Fraser in 2018 after the department store chain collapsed into administration.

Murray was long seen as Ashley’s heir apparent after becoming engaged to Anna.

He previously carried out property deals for the businessman and oversaw an ‘elevation’ strategy to modernize Frasers Group’s shops.

That already resulted in him bagging fees of more than £15m – and he us understood to have been lined up for even bigger sums following his promotion.

If he can successfully more than double Frasers Group’s share price to 1500p by October 2025, Murray will be eligible for a bonus payout worth £100m, the company said in an announcement.

Murray’s potential windfall will be in addition to a generous starting salary of £1m per year – unlike his soon to be father-in-law who previously claimed to have never taken a salary from his business.