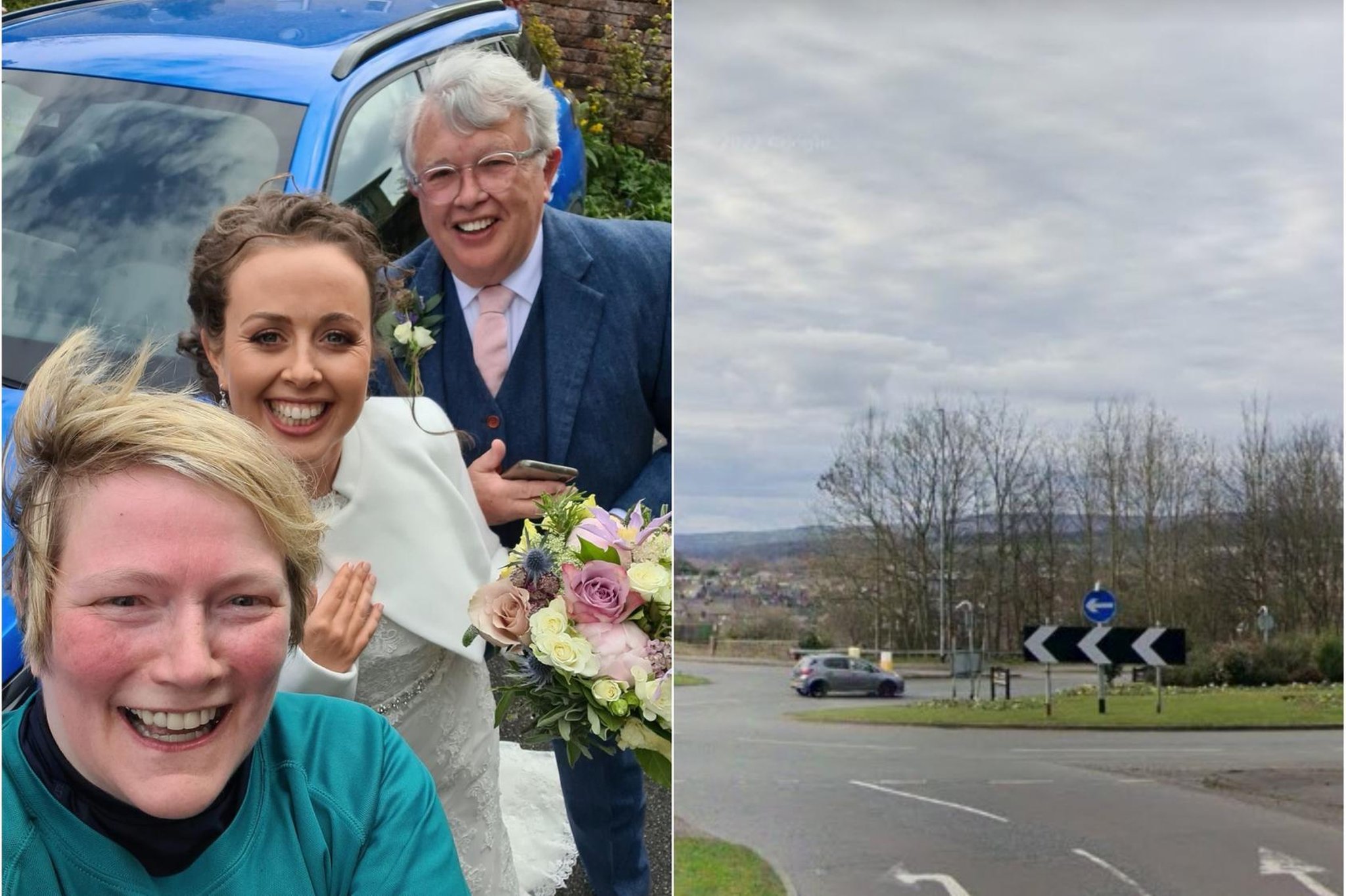 Sharon Harland was out running with her friend on Saturday afternoon, when she spotted the car stranded by a roundabout on Leeds Road, near Otley. After getting closer to the vehicle, the couple realized it was a wedding car and went to see if they could help.

“The bride was trying to download Uber on her dad’s phone, but it was asking her for a code that was delivered to her phone, which had been sent on to the wedding venue.

Sharon Harland, 50, pictured with the bride and her father after she found them stranded on Leeds Road, Otley

“I ran off back to my house and shouted up to my husband that I needed the car and would explain later!”

Sharon picked up the bride and her father and drove them to their wedding venue in Horsforth, arriving just in time for the ceremony.

The bride told her that the wedding had already been rescheduled due to the pandemic.

Sharon added: “It was lovely as my car is blue and when we were chatting in the car the bride said she’d forgotten something blue.

“She said it was meant to be.”

After Sharon’s friend posted the day’s events on a local Facebook group, Otley residents praised her for stepping in to help.

“They were really grateful,” Sharon said.

“I’m sure most people would have done exactly the same in the situation – the natural thing to do was to help.”