Rakhi Sawant On Her Wedding Plans With Boyfriend, Adil Durrani, Says ‘We Are Happy Without Marriage’ Television celebrity, Rakhi Sawant has been in the headlines for her much-talked-about love life that featured her ex-husband, Ritesh and current boyfriend, Adil Durrani. The actress is currently painting the town red with her mushy PDAs and lovely pictures with her beau, Adil and time and again, we have seen them admitting that they’re pretty serious about each other. Now, in the latest interview with a leading news portal, she opened up about the chances of getting married to her boyfriend, Adil Durrani.

For the unsed, a few days back, we had stumbled upon a video, in which Rakhi Sawant could be seen flaunting her engagement ring. In the video clip, Rakhi could be seen thanking God and sharing that her relationship with Adil Durrani is not a publicity stunt. The queen of controversies had also flaunted her stunning diamond ring and had showered her immense love on her boyfriend, Adil Durrani.

Recommended Read: Pranitha Subhash Shares Her Birth Story, Says ‘Brought The Roof Down With My Screams During Labor’

In an interview with ETimes, Rakhi Sawant opened up about the possibilities of getting married to the love of her life, Adil Durrani. However, the actress clearly stated the reason why she and Adil aren’t thinking about marriage right now. Reflecting on her previous marriage with her ex-husband, Ritesh, Rakhi stated that she had got married to him, but it had ended on a pretty bad note. Thus, Rakhi said that they should not be forced to do it if she and Adil are happy without getting married. The actress explained:

“It all depends on Adil. Aur Waise bhi maine ek baar Shaadi ki Na, kya kar liya? We are happy without marriage, we are together and everything is going good. Now, we will work together, run our business. Don’t you guys feel happy seeing me arriving in different cars? We are getting offered films, songs and web series and we are ready to work. Adil will not work with any other heroine, I am his manager and heroine both (laughs).” 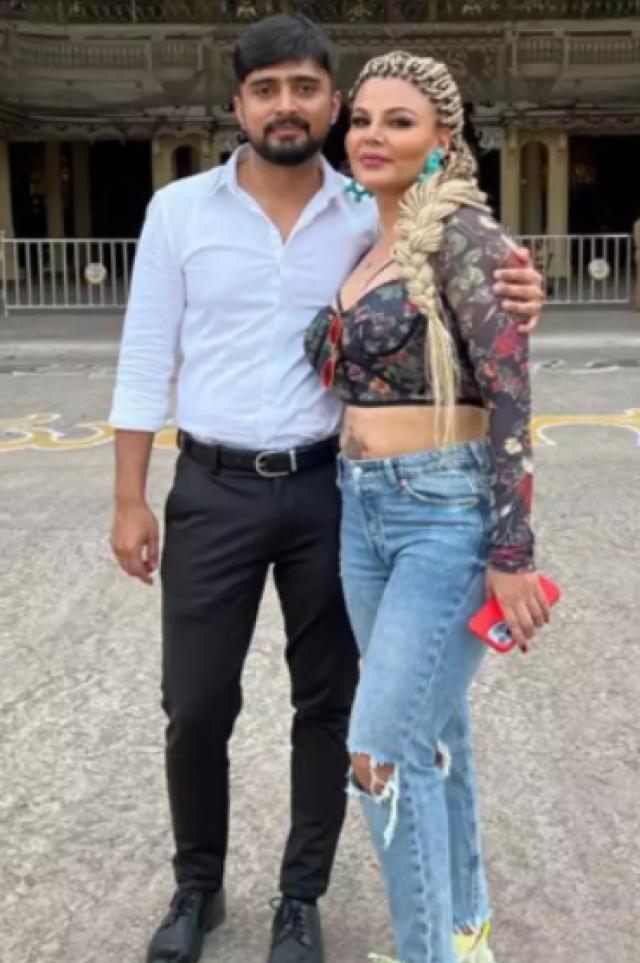 In the same interview, Rakhi Sawant also requested and warned her ex-husband, Ritesh, not to come in between them and try to disrupt the happiness in their lives. Rakhi also addressed the much-discussed topic of the BMW car that Ritesh had reportedly gifted to Rakhi. Revealing the whole situation around the controversy, Rakhi shared the actual details about the car and opened up about the way Ritesh told her to return his car after she got into a relationship with Adil Durrani. She said:

“After coming out of the Bigg Boss house, Ritesh took me to a showroom to buy a BMW for me, he paid Rs 4 lakh also. But the next day, he took that money and said you don’t deserve a BMW. He later gave me a red color car but when Adil gifted me a BMW, he called me and asked me to send the car back. He fought with me for four days as the spare tire was missing from the car. We are filing an FIR. I want to tell Ritesh don’t try to be a villain in between Adil and me. Hum dono hero heroine ke beech villain mat bano. Ae Villain chal Nikal.” 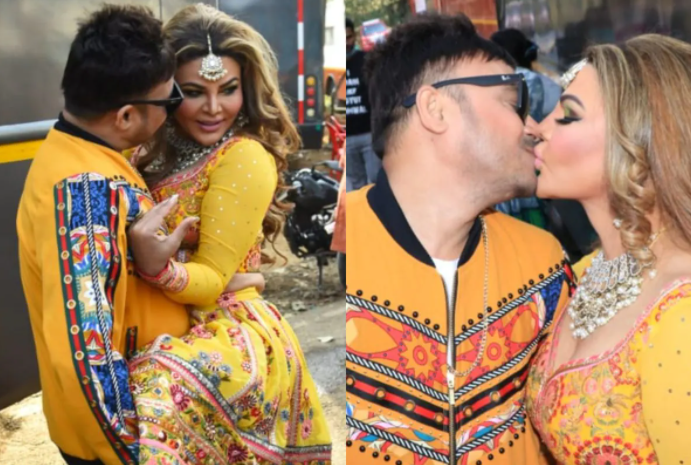 In another interview with ETimes, Rakhi Sawant and her boyfriend, Adil Durrani had opened up about their future plans. When the doting boyfriend was asked to reveal one thing that he likes about Rakhi, the businessman had shared that she is a humble and sorted person. Adil had also added that Rakhi’s image in the public’s eye is quite wrong, as she is quite the opposite to it in real life. Then, talking about one thing that he would love to change in his girlfriend, Adil had said:

“Whatever her image is on TV etc. she is the opposite of that. She is a simple, down-to-earth jolly character who gets happy in small things. Her image in public’s eye is wrong. Nothing much, it is just that I feel she should wear dresses which are less glamorous and more covered.” Well, we are in love with the way Rakhi and Adil are serious about their relationship! What about you? let us know

So read: anushka Sharma Yet Again Calls Out Media For Clicking Her Daughter, Vamika’s Pictures

AWESOME NEWS! Now you can download BollywoodShaadis app and never miss a story. get app

AWESOME NEWS! Now you can download BollywoodShaadis app and never miss a story. Choose your device Android or IOS (Apple)