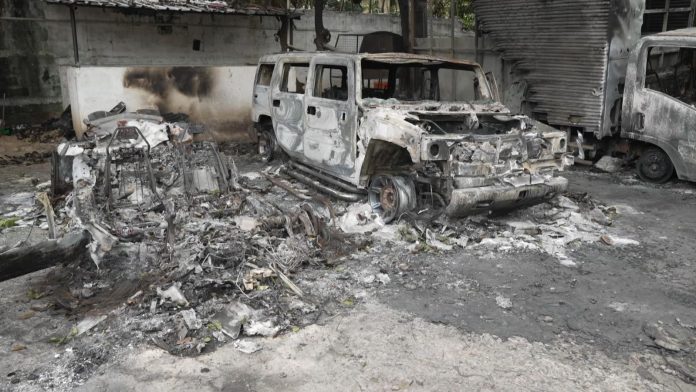 An hour’s drive from Colombo, a luxury hotel wedding venue was utterly destroyed on the night violence swept across Sri Lanka.

The unrest happened amid the country’s worst economic crisis since independence from Britain in 1948, which has been blamed on a combination of COVID, rising oil prices and populist tax cuts by the president and his brother, until recently the prime minister.

The Avenra Hotel’s manager, Yohan Perera, says a crowd of up to 2,000 people attacked the complex, believing the owner had links with the ruling Rajapaksa family. However, Mr Perera insists there was no connection.

Image:
The Avenra Hotel’s manager, Yohan Perera, said a crowd of up to 2,000 people attacked the complex

“They have taken every single thing. The cutlery, the forks, spoons, knives, plates, even the beds,” he said. “Everything is gone.”

No part of the hotel was left untouched. A safe is upturned next to the pool, the toilets ripped out from the floor and every tile in the bathroom smashed.

The hotel rooms and reception halls are blackened shells covered in glass and debris.

Then there’s the luxury car collection. The attackers set fire to more than a dozen cars, including a Lamborghini, Hummer and a Cadillac. All that’s left is burned out of shells, a few tire rims and mounds of ashes where a stray cat has made a home.

Please use Chrome browser for a more accessible video player 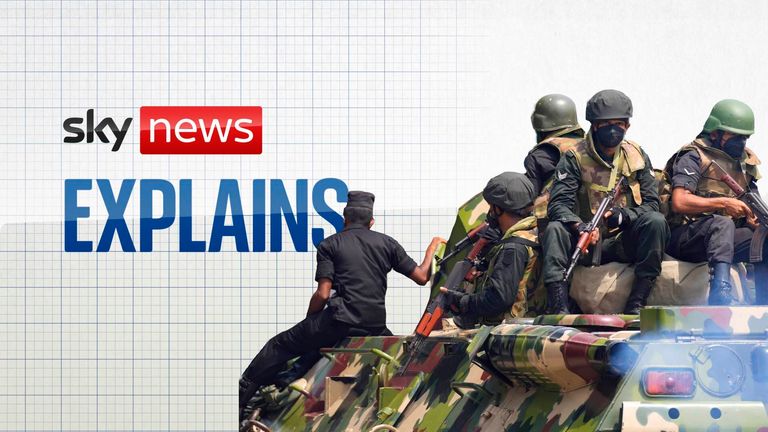 Police have now arrested more than 800 people nationwide who are accused of ransacking property, looting and setting fire to MPs’ houses on 9 May.

But human rights lawyers say in some cases police are jailing people who were out on the streets watching what was happening, rather than actively taking part in violence. 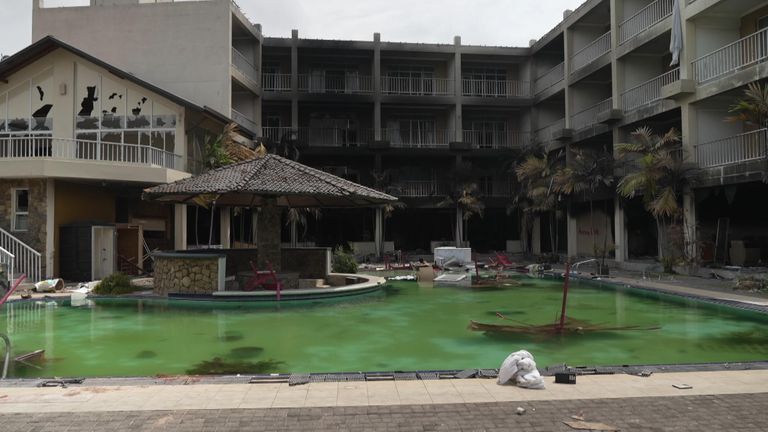 Image:
No part of the luxury hotel was left untouched

People have been demonstrating against the arrests, calling for equal justice for both sides.

Nineteen-year-old Prabodh Madushan is one of those arrested. He was filmed near a burning car on the night of violence and he is now in jail awaiting trial.

His mother Sunethra Sanjeewani insists her son was an innocent bystander.

“Look at the number of people who went to see the protests and see if there’s room in our prisons for all of them,” she said. 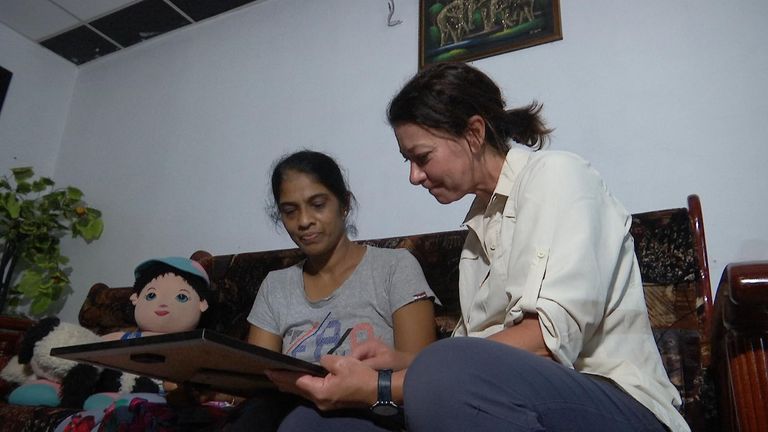 Only around a dozen supporters of former PM Mahinda Rajapksa have been arrested, even though they were bussed in to assault anti-government protesters camped out at Colombo’s Galle Face area on the night the trouble started.

This led to pitched battles between the two sides – and kicked off the country’s mayhem.

Now the government has ordered a report into that assault.

But while Sri Lanka is in the middle of an economic and political crisis the chances of a report calming the tension and healing deep divisions, appears remarkably slim.