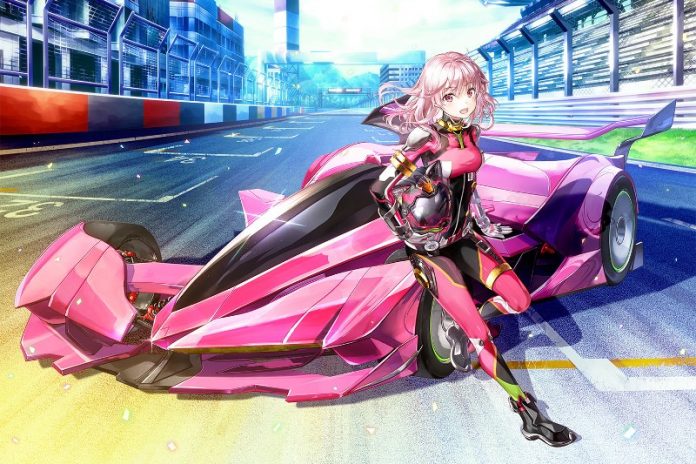 When people picture motorsport in manga and anime, Speed ​​Racer and Initial D are likely the first series that come to mind. There have also been shows about conventional circuit racing such as Capeta, as well as sci-fi settings like Future GPX Cyber ​​Formula and red line

HIGH SPEED Etoile is looking towards the latter, taking place in a near-future utopian world where all environmental and safety concerns have seemingly been addressed, allowing racing to transform into a sport that strictly emphasizes speed and performance. The protagonist Rin Rindoh is a ballet dancer-turned-NEET/gamer who debuts in a new championship called the “NEX Race”, where cars can travel over 500 km/h.

A visual of Rin posing next to a NEX Race car by character designer Takuya Fujima, who created the manga Free Collars Kingdom and worked on series like Warlords of Sigrdrifa, was released on Friday. The car is an open-wheel vehicle with a closed cockpit, similar to the fictional Red Bull X2010 prototype and its successors designed by Red Bull Racing‘s Adrian Newey with the explicit goal of maximizing speed without regard to regulations. In the background is a rather standard circuit design with grandstands, a start/finish line and paddock, and a scoring pylon, although the higher speeds suggest the tracks could have features that are impractical in real life like exceptionally high corner bankings and absurd elevation changes .

While the feasibility of this concept is obviously still a pipe dream in our universe, the fledgling project has received the support of Super formula. Japan Race Promotion boss Yoshihisa Ueno other King Amusement Creative producer Euro Sasaki formally announced the collaboration in a Saturday press conference ahead of the weekend’s Fuji Speedway round. The partnership comes through Super Formula’s NEXT 50 Project, a celebration of the series’ fifty-year anniversary overseen by Ueno and co-sponsored by Honda and Toyota. NEXT 50’s mission consists of two goals: “Mobility”, which focuses on developing environmentally friendly cars with alternative fuels and components, and “Entertainment”, which entails promoting the championship through modern and digital means like HSE and an official mobile app.

The HSE staff attended Super Formula events for further research, while drivers were interviewed for input though it is not known if they will make cameo appearances.

Also involved with HSE are the Good Smile Company other Yostar Pictures. Good Smile, who manufacturers anime figurines among other products, oversees the Goodsmile Racing Super GT team and their cars typically sport liveries of characters like Hatsune Miku. Yostar will presumably serve as the animation studio for the HSE anime, having previously done so for Azur Lane and Arknights.

Further details such as an anime broadcast date and whether there would be other media like a game were not disclosed in the initial reveal or the NEXT 50 conference.