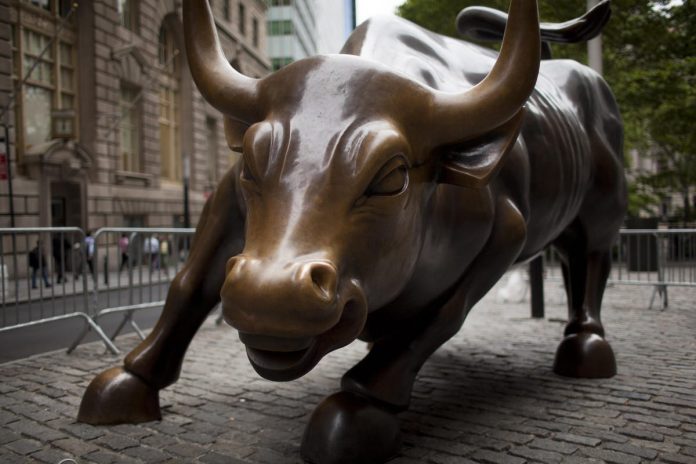 It’s tempting to see AI as a solution to building a super-success investment engine.

After all, if AI can solve text-to-speech or self-driving cars or landing rockets vertically, couldn’t an artificially intelligent investing engine with access to all stock market, economy, weather, and trends data vastly outpace human investors and guarantee massive returns? And won’t we be able to simply ask Alexa to buy a stock that’s going to triple in value in six months?

One is that investment AI engines are returning benefits right now, but not Everest-sized performance that will blow your financial socks off and make you fire your investment advisor.

“A really good achievement would be 100 basis points after cost, above the equivalent active manager in this space,” Qraft CEO Robert Nestor told me recently on the TechFirst podcast. “And that’s our next goal in this area.”

Qraft is a Korean fintech company that is bringing its investment AI to the US Founded in 2016, the company offers an AI model portfolio that has more than $1 billion invested by robo-advisor, and plans to release a “fully-integrated AI-powered platform” in late 2022 that will incorporate strategy discovery, analytics, automated reporting, and automated trading.

Even so, they’re not promising 10% or 20% returns, or even 5% above human investors. In other words, it’s incremental, not revolutionary: something to help fund managers and boos their returns 1% … not to replace them.

One reason: this is truly hard stuff.

“Financial time series data sets are incredibly nuanced and the signal to noise ratio symptomatically low,” says data scientist Mikhail Mew. “Those who discover a true signal are compelled to trade on it to derive a direct financial benefit. The frictions or barriers to doing so in the current age are relatively small. However as more signal motivated trades are implemented and as information disseminates the underlying assets reprice, often to the extent where the benefits no longer outweigh the costs.”

In other words: as smart people (and smart machines) make trades, their trades are instantly visible, and instantly reflected in every-changing prices. All of which changes the math, the reward, and the risk.

But there’s another caveat as well.

Any company that succeeding in building an AI investor that managed to achieve such massive returns would likely never sell it, rent it, or make it publicly available. Rather, they would “borrow every dollar they could and … do it themselves for their own worth,” Nestor says.

That makes sense: any super-investor built with AI technology then would never see the light of day. Even the possibility of the concept, however, is unlikely to Nestor, because markets are so efficient already.

But even so, AI is transforming investing, even if it’s been slow to be adopted. One reason: AI is very effective in scaling and cleaning data, and investing is deeply dependent on data.

We’re heading into challenging financial times, Nestor says. 10,000 Americans are turning 65 each day, meaning they’re starting to withdraw some of their portfolio. At the same time, the next decade could see much lower investing returns across the board “just because we’ve basically borrowed forward over the last 10 years of sort of long-term returns because of the interest rate environment,” he adds.

But AI will help.

“AI, I think, is uniquely positioned to be much more responsive to risk dimensions in the marketplace, as well as feed that need for sort of alternative alpha strategies,” Nestor told me. “I think artificial intelligence is uniquely positioned to deal with these new dimensions of consideration, and do so in a very, very responsive way in considering taxes, income, investment risk. I mean, it’s no elixir to a failure to save for retirement, to be clear. But I think the criticality of having a responsive process that can handle these new intricate complications is gonna lead to a lot more adoption of these processes.”

That said, it’s not about an AI being fully in charge. Or at least not yet.

Qraft is using AI to augment and accentuate human intuition, Nestor says. AI enhances efficiency and helps manage risk. But advisers aren’t yet just turning on the machine and letting it do everything itself. And while the returns exist, they’re not at world-beating instant pot of gold level.

On the one hand, that’s comforting: there’s still room for humans. On the other hand, you have to ask how long that will stay true.

Subscribe to TechFirst; get a full transcript of our conversation.