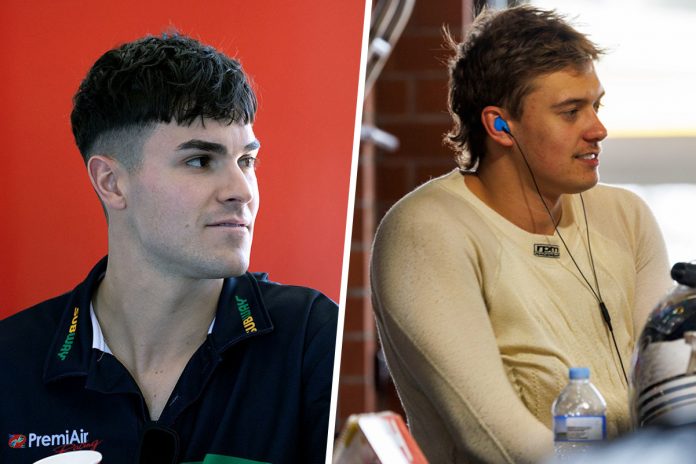 Supercars drivers James Golding and Jake Kostecki will both be in action at a national-level karting event this weekend.

The duo are entered in what is the penultimate round of the SP Tools Australian Kart Championship presented by Castrol EDGE, taking place in Emerald, Queensland.

New recruit at PremiAir Racing, Golding will pick up where he left off as a regular competitor in the Australian Kart Championship.

The 26-year-old is third in the overall points standings having finished on the podium in the last two rounds competing in the elite KZ2 (Gearbox) category.

Golding is up against a 36-strong field this weekend, with Jay Coul leading the KZ2 championship.

“Competing in the Australian Kart Championship has been a great way to keep me in shape and I’m excited to get to Emerald this weekend,” said Golding.

“The racing is intense and everything happens so quickly when you’re in a KZ kart which helps me with my other racing.”

Tickford Racing’s Kostecki wants to compete in the single-speed X30 class, but is not the only member of the Kostecki family in attendance.

Brother Kurt Kostecki will be mechanic on Jake’s kart, while younger brother Jay Kostecki is racing in the Cadet 9 class for 7-9-year-olds.

The action is taking place at Emerald Karting Club on Friday, Saturday, and Sunday, with free admission for spectators.