Supercars to e-scooters: the story of Romans International 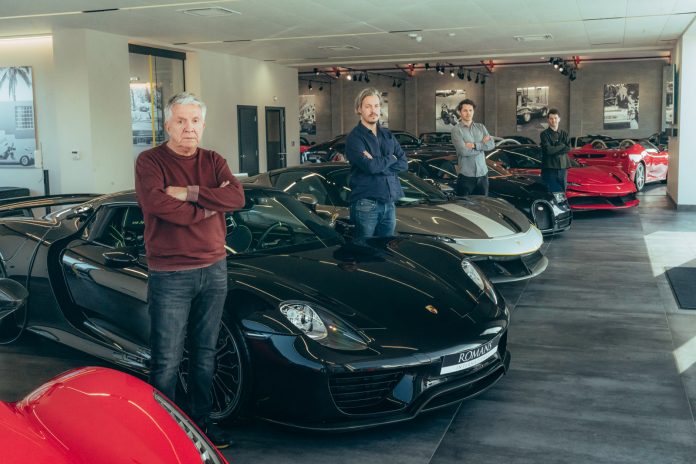 Underlining the drive that has underpinned his career, Jaconelli credits his move into high-end car dealing to a fear that he wouldn’t be able to give his children the education he felt he had missed out on.

“I know it sounds crazy, but I was determined to give them chances I didn’t have, to the extent that I ended up taking A-level maths at the age of 40. I never had the opportunity to do it at school, so I thought I would show them that I could!”

Continuing this theme of embracing every opportunity, Jaconelli pounced when a business that he had long admired, Romans of Woking, closed down.

“I’m Italian, so I guess that appealed, and I had admired the business too,” he recalls. “That was 30 years ago. They had spent a lot of money building their brand, and it was ill health that prompted the closure, nothing else. I went to the receivers and have never looked back.”

Today, Romans is regarded as one of the premier independent supercar dealers in the country, remarkable not just for its stock but also for its early adoption of video and social media, as well as a source of valuations that are used across the industry.

Jaconelli gives much of the credit for this to his son Tom, who was quick to realize the potential of digital innovations and has a forensic eye for pricing.