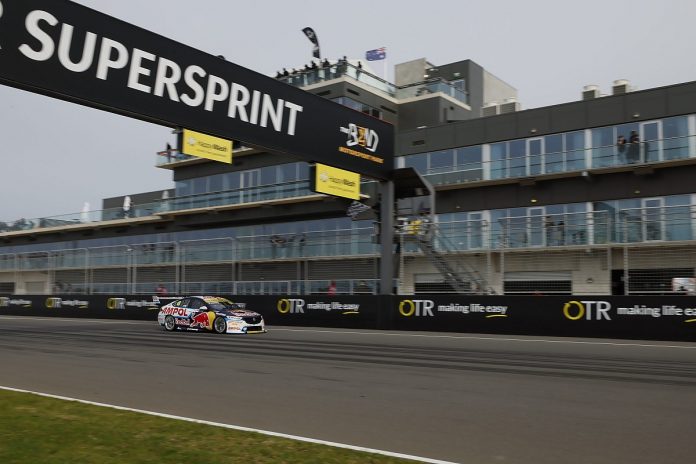 It was a strong session for main game rookies, Feeney a consistent figure at the top of the times throughout the half-hour hit-out.

Likely benefiting from his recent rookie test at the circuit, he led the way early with a 1m48.990s.

That left him 0.14s clear of Triple Eight teammate Shane van Gisbergen, who spent much of the session complaining about his set-up.

He even got out of the car with six minutes to go before jumping back in and banking a 1m48.915s on his final run.

Behind the T8 cars it was the two wildcards in the field.

Leading the way was Zak Best in the fifth Tickford Mustang, the Super2 regular even leading the way at one point with a few minutes to go courtesy of his 1m48.921s.

“It’s a huge shock to us, not where we expected to be,” said Best.

“We were aiming for Top 15 and blew it out of the water. But we don’t know what tires everyone is running, obviously the front few cars are on greens.

“There’s a bit of work to do but hopefully we can stay where we’re trying to be.”

Jordan Boys was fourth quickest in the Image Racing wildcard followed by Erebus drivers Brodie Kostecki and Will Brown, who both took part in the recent rookie test as well.

Practice continues with a second session at 11:35am local time.