Home Wedding Cars The couple from India are organizing a "drive-in wedding" with over 200...
Wedding Cars 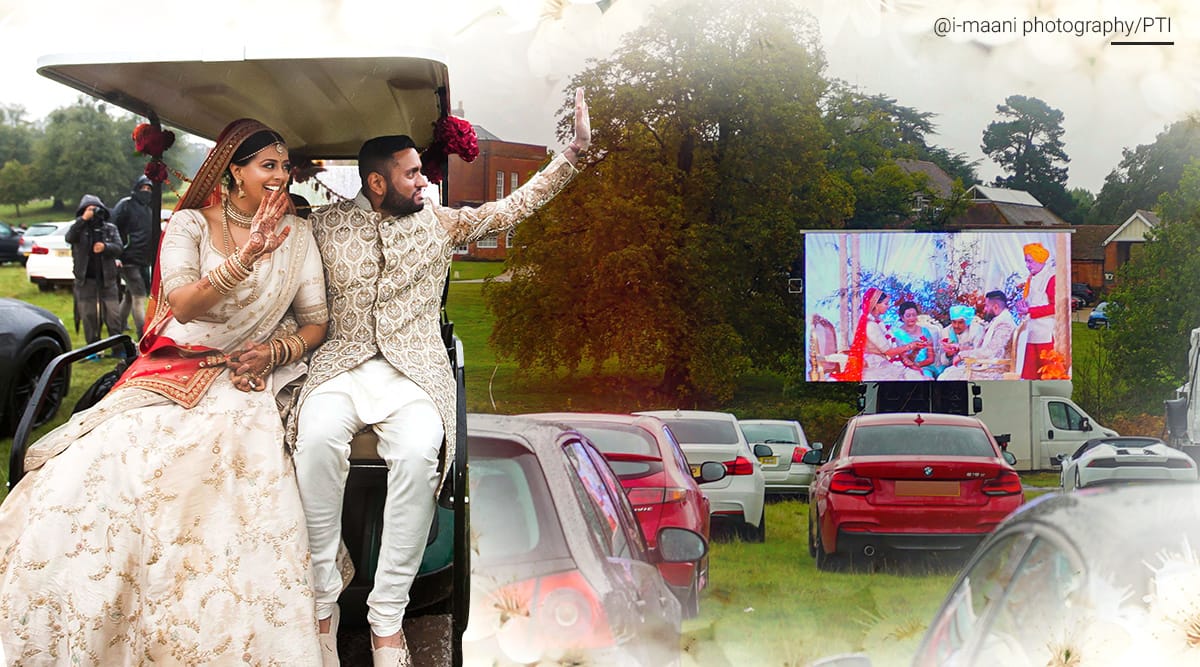 While many weddings became small and intimate affairs due to the Covid-19 pandemic, a couple of Indian descent in the UK ensured they had their big wedding with over 200 guests in attendance by hosting a drive-in event.

Roma Popat and Vinal Patel recently tied the knot at Braxted Park in Essex. Around 250 guests watched the ceremony on a giant screen from their cars.

The wedding took place despite the UK government reducing the number of guests allowed at wedding ceremonies and seated receptions to 15 in an effort to curb the spread of Covid-19.

The newlyweds, both in their thirties and from London, waved to the guests parked outside the wedding venue as they enjoyed a tour of the grounds in a decorated golf buggy driven by masked staff.

The bride said it meant everything to them that their friends and family could be part of the celebration, even though it wasn’t exactly as planned.

“When we had to postpone our wedding in April, we had no idea whether or not we could get married this year,” Popat told The Guardian.

“We both come from large families. That meant we only had our parents, siblings and a group of grandparents to attend the ceremony in person, ”the bride told Metro.

Guests dressed for the reception, even though they were just in their cars, and went “crazy” as the rituals began.

“Everyone honked and cheered us. It was amazing, ”she said.

Here’s a sneak peek at the ceremony:

The wedding planners said the idea was initially picked up as a joke before being carried out.

“The couple initially brought up the idea of ​​a drive-in wedding as a joke. It sounded crazy, but the more we talked about it, the more it seemed possible, ”wedding planner Saheli Mirpuri told the BBC.

Upon arrival at the venue, guests were given welcome baskets of hand gel and asked to remain in their vehicles for the duration of their stay, a PTI report said.

Since a buffet was not possible, the guests could choose between pizza, chilli chips, pasta, garlic bread and salad and it was delivered to their vehicles on Segways by the catering staff.

The staff at the venue were happy to host such an event.

“We’re excited to announce that this weekend we’ve been able to safely overcome these new restrictions by holding our first (and we believe first for the UK) wedding ceremony here at Braxted Park,” a spokesman for the estate told ITV .