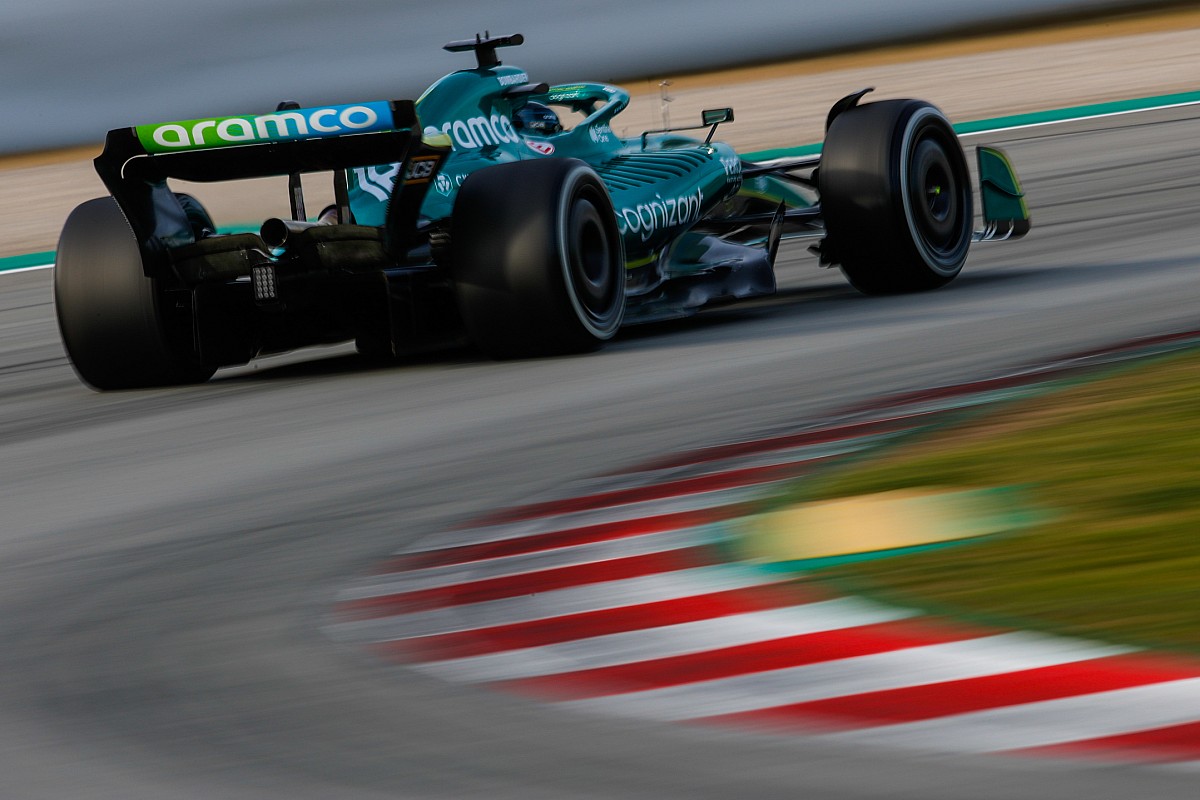 But while there were few shocks amid the opening action, one of the most intriguing aspects of the day was the fact that the lap times appeared to be quite adrift of where the old cars were.

The talk in the build-up to testing had been of the cars being a virtual match for 2021 machinery – despite earlier predictions that there would be quite a big drop off in lap time because of an overall reduction in downforce.

However, as teams settled down to testing the cars on the opening day of running, the initial impression was that perhaps teams had not managed to recover as much of the lap time as they had been expecting.

Norris’ best lap from the opening day of testing was 1m19.568s – which was well adrift from previous testing performances in Barcelona that have often provided a quite good indicator of overall car pace.

PLUS: How the new F1 cars look from the Barcelona trackside

In the last pre-season test that took place at Barcelona back in 2020, Lewis Hamilton topped the opening day with a 1m16.976s lap, before Mercedes team-mate Valtteri Bottas set a test-topping 1m15.732s on the second day.

At that year’s Spanish Grand Prix, Hamilton took pole position with a lap of 1m15.584s – so well within the ballpark of the testing laps that were being run in theoretically better winter conditions.

Direct comparisons for last year are slightly more difficult, because there wasn’t pre-season testing thanks to the pandemic, plus a reprofiled Turn 10 changed the speed of the track.

However, if testing gives a loose idea of ​​where car performance ultimately stacks up, then the 2022 generation do appear to be a step back at the moment.

Hamilton’s pole position from last year’s Spanish GP was 1m16.741s – which is almost three seconds faster than Norris’s best from the opening day of the test.

However, it is clear that teams are nowhere near the limit of the 2022 cars yet. They are certainly not going out in low fuel specification in the test, plus the early running of these 2022 cars is very much about systems checks and trying to understand car balance than looking at lap times. The question is whether or not they are running three seconds adrift of what is possible – with Ferrari’s Charles Leclerc stating that “everyone is still hiding their true form”.

Running in the 1m19s is actually well in line with the race pace that the 2021 cars showed last year as the frontrunners consistently lapped within the 1m21-1m23s bracket for the Spanish GP – with Max Verstappen’s fastest lap set near the end coming in at 1m18. 149s.

Looking at Norris’s fastest lap from testing in more detail, it would have put him 20th on the grid at last year’s Spanish Grand Prix – just ahead of Nikita Mazepin’s Haas on 1m19.807s.

Comparing the sectors of the lap time, we can see that Norris’s 2022 car loses a bit of time in sector 1 compared to the Haas, but gains everything back in sectors 2 and 3.

There does not seem to be a dramatic swing depending on the high speed or low speed sections of the circuit – which fits in with Lance Stroll’s comment that the new cars are not a world away to what came before.

“Yeah, quite different in some ways, in many ways,” he said. “But like similar.”

PLUS: What we learned from the first day of F1 2022 pre-season testing 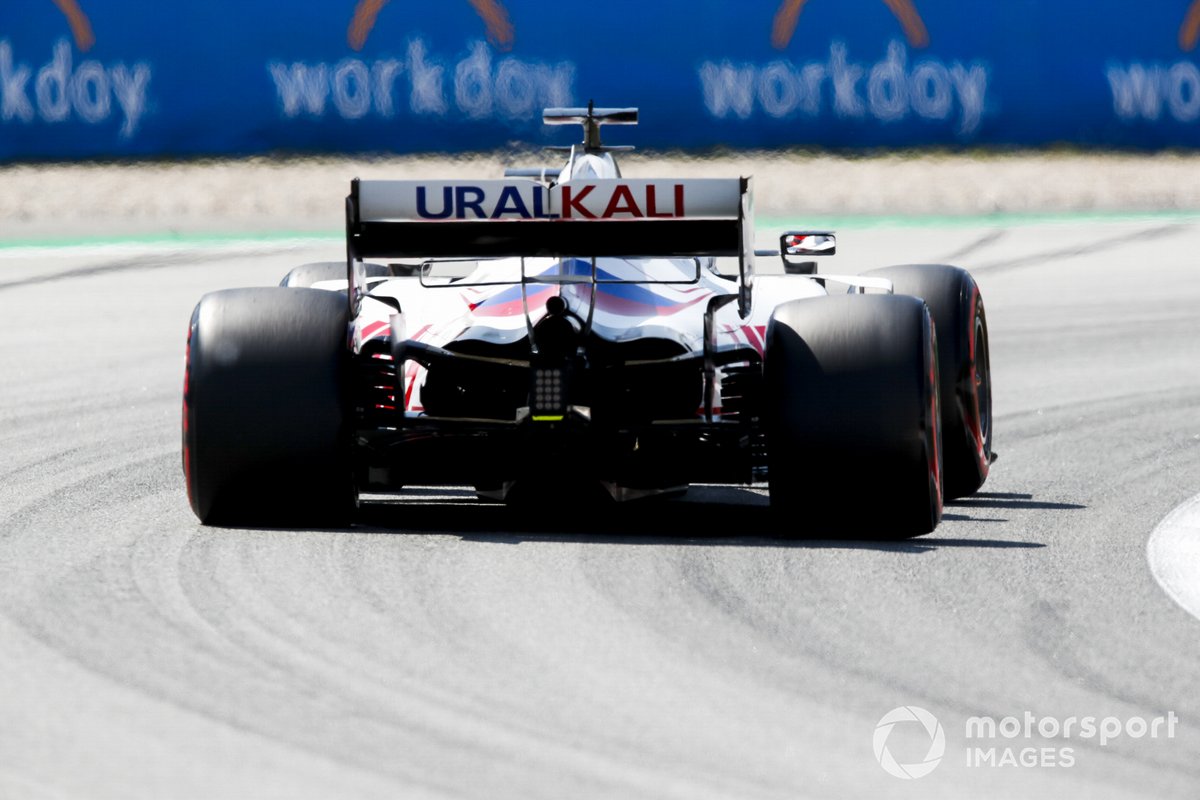 Looking at the speed traps, Norris was not fastest at any of the speed traps – which could be as much down to the engine modes being run as it is about the characteristics of the 2022 cars.

What will be interesting to see is how much the pace of the cars ramps up in the next few days, because at some point teams will want to get a rough indication of their low fuel performance.

That should then also give us some first proper answers about how close the theories are about 2022 cars being faster in a straight line, worse in the low-speed corners and mighty in the high-speed stuff.

But if there was one surprise that has stood up to scrutiny on the opening day it is about just how reliable the new cars are. Rather than the new machines proving troublesome and the day being blighted by red flags, as was feared, the 2022 cars proved incredibly robust. There was not a single session stoppage.

World champion Max Verstappen completed the most mileage of any driver, with 147 laps under his belt – eight more than he logged on the opening day of testing last year with a car that was essentially a carryover.

What was especially interesting was Red Bull saying that rather than being blown away by that mileage, it had actually set a target of doing even more.

Head of Race Engineering Guillaume Rocquelin said: “I’m happy because today went really well for the team. We gave ourselves the optimistic target of 700km and we finished around three laps short of that, which for the first day of testing is quite unusual.” 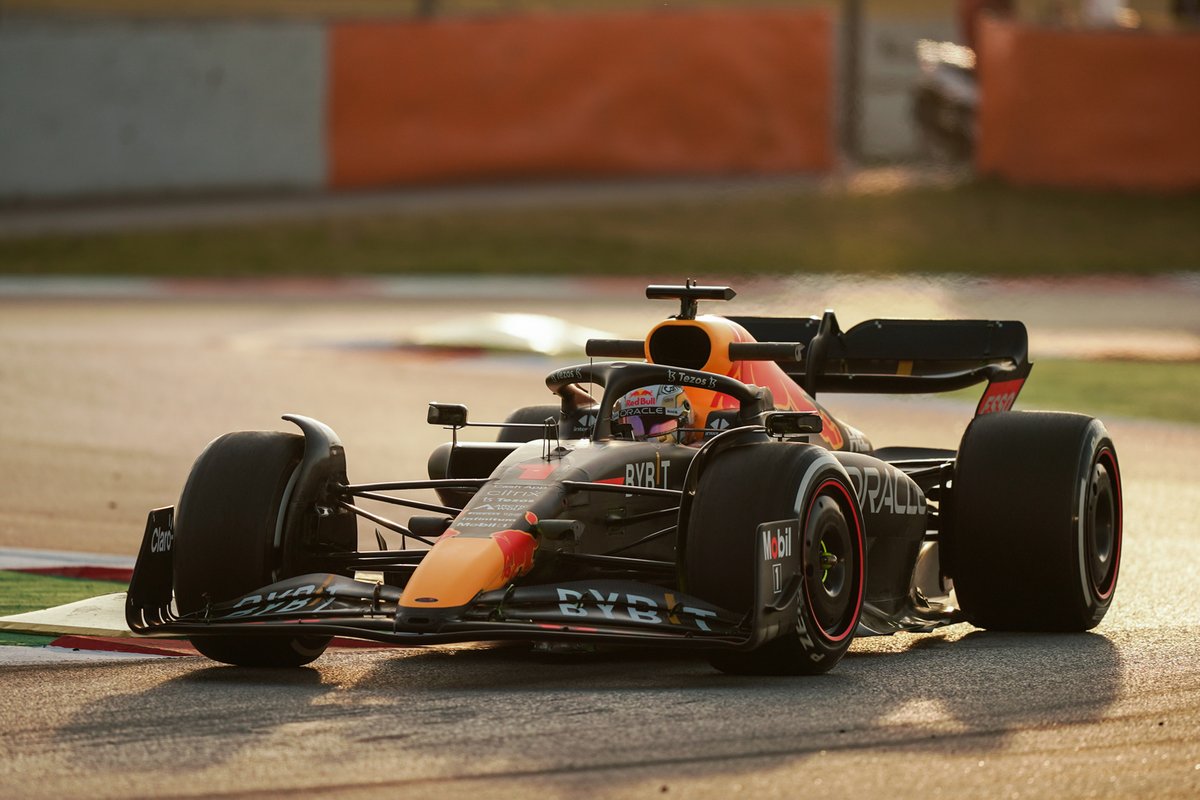