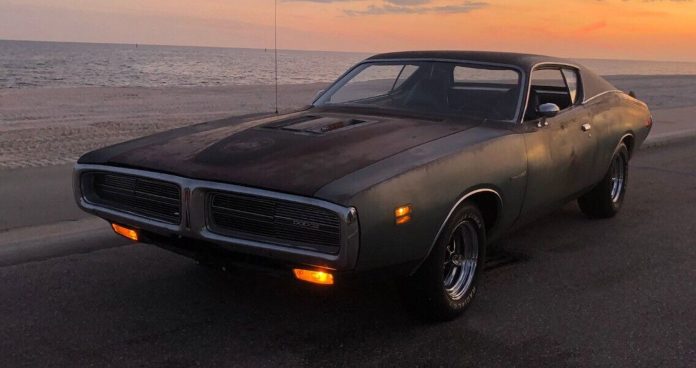 To make it even rarer, this might be the only dodges Super Bee of its kind with a gunmetal exterior and interior. With 3 days left to bid, as Europe crooned, it’s the final countdown.

RELATED: Here’s How Much A Classic Dodge Super Bee Is Worth Today

The End Of The Line Dodge Super Bee

By the start of the ’70s, the muscle car mania was calming down and 1971 was the last year of the Dodge Super Bee. From 1968 to 1970, the Dodge Super Bee rode on the Coronet platform for the final year. Tt was a Charger but built up even better.

Most of these last-year cars are rare with 22 getting the HEMI while a few more bore the 440 4-bbl. Only 99 cars, as per the listing, came with the 440 Six Pack and out of these, 69 were automatics. So this 1971 Dodge Super Bee 400 Six Pack A/T is already in an August company but what makes it the only one of its kind is the gunmetal exterior and interior. Listed on eBay, the seller believes it to be the only factory-made one in this configuration.

The seller confirms it’s a number-matching car, and one that still bears original parts, including the engine, transmission, body stampings, dash VIN, fender tag, door decal, and build sheets. The seller admits to sprucing up the interior with correct OEM parts. There is a little rust on the body and a transmission leak which might need attention. The car runs fine as per the seller and also has working headlights, signals, dash buttons, windows, and door locks. The wipers work as well so the car comes in good condition.

The current bid stands at $46,000. While the car currently rides on Magnum tires, the owner will sell it with the original Rallye wheels with Good Year Eagle STs, which he claims still have some tread left in them.

It is a car with some great history and has its Super Bee registry entry as well, so it’s up to the buyer to leave it as is or have it rotisserie restored. Either way, it’s a stunning classic and it needs a new home.