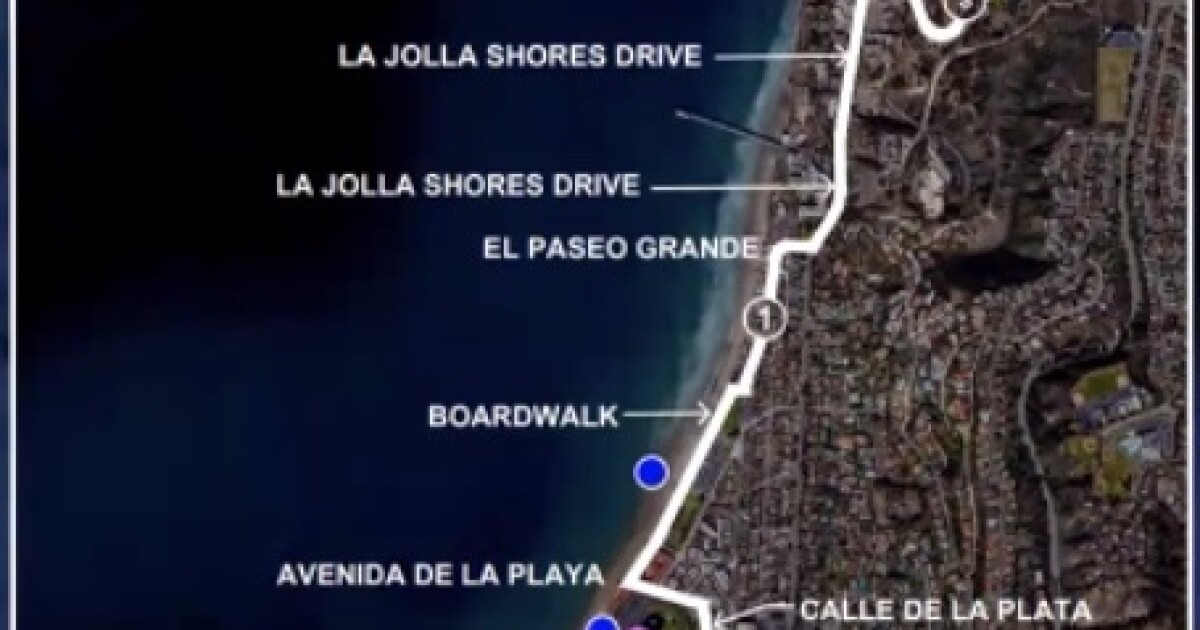 The La Jolla Half Marathon is set to return to its usual spring production, just four months after its most recent iteration.

The 2022 Half Marathon, scheduled for 6:45 am on Saturday, April 16, will follow the same route that it has for decades, according to Bart Calame, chairman of the Kiwanis Club of La Jolla half-marathon committee.

The race, last held in December due to postponements related to the COVID-19 pandemic, will start at the Del Mar Fairgrounds. The final 3.1 miles of the race will overlap with the concurrent La Jolla Shores 5K, finishing at La Jolla Cove.

The race will require the same morning road closures and no-parking zones as in the past. Calame said he expects the race to be over by about 11 am

“We’re expecting [and] hoping for 4,000 runners,” he said, not quite back to pre-pandemic enrollment.

The race provides the Kiwanis Club of La Jolla with most of the funding for its upcoming grant cycle to support local nonprofits and community service projects.

Jefferson Cuadra and Shireen Saxena asked the board to approve their request for a closure of portions of Girard Avenue and Prospect Street for their wedding on Memorial Day, Monday, May 30.

The event is a baraat, a celebratory procession for the groom that is held before an Indian wedding ceremony, Saxena said. Cuadra will wear a traditional outfit and ride a horse surrounded by his family members before being welcomed by Saxena’s family at the wedding location.

The procession is planned to start at 11 am at Coast Boulevard and Girard Avenue and travel south to Prospect Street, turn east on Prospect and stop a block later outside the La Valencia Hotel, where the wedding will take place.

A map shows the route proposed for a baraat, or Indian wedding procession, in May.

The entire procession will take less than an hour, Saxena said, though the permit is for a one-hour closure, plus 15 minutes before and after for setup and dismantling.

She said she’s been in contact with the San Diego Police Department, which has approved the plan and will provide seven traffic officers and one supervisor for the event.

Cuadra said no-parking signs will be posted on both sides of Girard Avenue and the north side of Prospect Street during the closure.

She also asked what would happen if cars were already parked in spots in the closure area and needed to leave during the procession.

T&T Chairman Brian Earley said the city normally posts no-parking signs 72 hours in advance. “It looks like 15, 20 parking spaces would be closed off for an hour and a half and then reopened,” he said.

Board member Patrick Ryan noted that the majority of the closed parking spots would be on the east side of Girard.

“There will be some disturbance for an hour, but overall, it’s got so many positives,” Vice Chairman Dave Abrams said.

“I don’t think there should be a problem,” board member Tom Brady said. 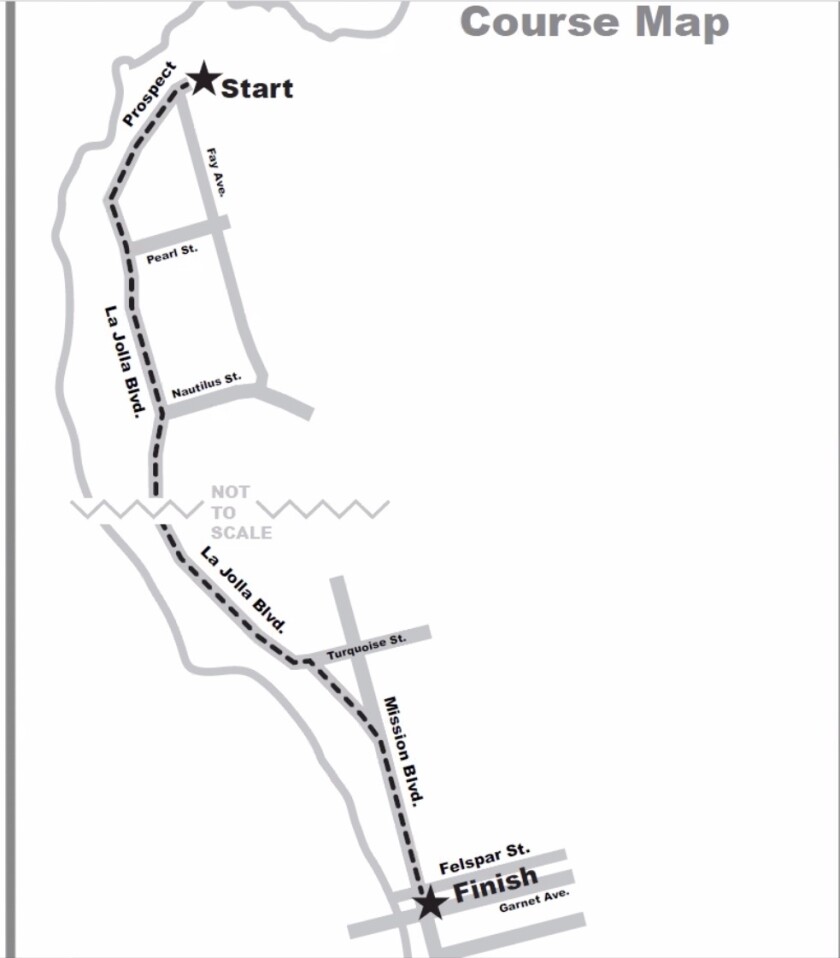 The End of Summer Run/Walk will have a 4-mile course from La Jolla to Pacific Beach.

The End of Summer 4-mile Run/Walk is scheduled for Sunday, Sept. 18, and organizer Gloria Goodenough asked T&T to approve temporary street closures and no-parking zones on portions of Prospect Street and La Jolla Boulevard for the annual event.

The board approved similar plans for last summer, but the race, which has been run for more than 20 years, was canceled because not enough people registered. It was also canceled in 2020 due to the pandemic.

The event, its route, closures and no-parking zones are unchanged from previous years. It will begin at Prospect Street and Girard Avenue, using barricades to close off the route, which runs west along Prospect and turns onto La Jolla Boulevard.

At Pearl Street, runners will move into the southbound lanes of La Jolla Boulevard, Goodenough said. Northbound vehicle traffic will be allowed from Turquoise Street to Pearl.

Runners will turn onto Mission Boulevard, crossing the street to run south in the northbound lanes. Southbound traffic on Mission will be allowed.

The race will end at Felspar Street and Mission Boulevard in Pacific Beach.

Portions of the route will open as all runners clear them, Goodenough said. She expects 1,000 to 1,200 people to participate.