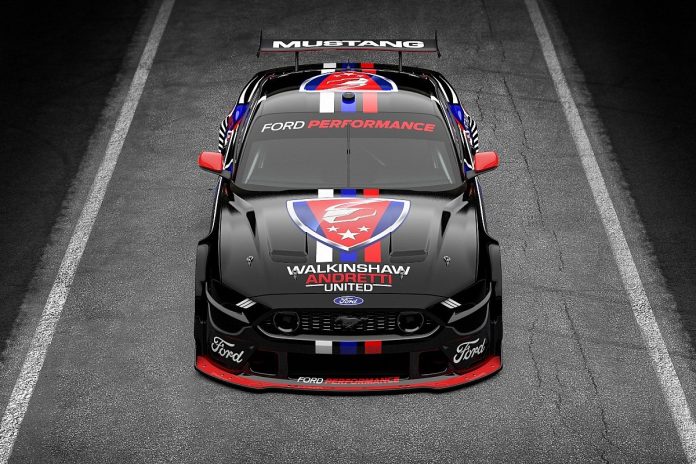 The category’s most famous Holden team has confirmed that it will field a pair of Ford Mustangs next season as part of a factory deal with Ford Performance.

The deal marks a return to a factory fold for WAU which was the works Holden team from the 1990s until the backing was transferred to Triple Eight for the 2017 season.

Since then the team has continued to field Holden hardware but without any noteworthy backing from General Motors.

Still, ties to the Holden brand run deep for the squad thanks to the glory days of the Holden Racing Team, making the defection one of the most significant in the sport’s history.

“Today marks a new era for Walkinshaw Andretti United, one we are extremely excited about,” said team co-owner Ryan Walkinshaw.

“For over three decades we have gone head-to-head in competition with Ford, but joining forces with them for Gen3 was the clear direction forward.

“We are extremely proud of our history with Holden over such a long period of time, that is something we will always be grateful for. We will wear the Holden badge with pride right up until their final race in Supercars at the end of 2022.

“Walkinshaw Andretti United is a business with three international branches, and all three share history with Ford. My mum even met my dad while he was racing a Ford Capri in the British Touring Car Championship.

“To have manufacturer support once again is essential for our race team and the goals we have, and we thank Ford for their trust in us.

“For now, our short-term focus remains on 2022, continuing what we’ve started, and finishing our current chapter on a high.”

Walkinshaw’s fellow co-owners Michael Andretti and Zak Brown both have existing links to Ford as well. Andretti raced in IndyCar with Ford power for eight seasons, while Brown has multiple classic Capris in his extensive racing car collection.

As for the WAU drivers, Chaz Mostert is well known to the Ford faithful thanks to his six-year stint at Ford Performance Racing/Tickford Racing.

Nick Percat, however, has been a career-long Holden driver and, as a South Australian, has a family connection to the brand.

WAU’s Ford switch will help square up the balance between Camaros and Mustangs on the grid for the start of the Gen3 era.

Between WAU, Tickford Racing, Dick Johnson Racing, Grove Racing and the Blanchard Racing Team there will be 11 Mustangs on the grid to take on 14 Camaros.

“WAU have been our rivals in Supercars for a very long time, and are now joining our Blue Oval programme. We’re excited to have them,” said .

“The Walkinshaw, Andretti and Brown names all have great history with Ford and a deep passion for motorsport through the years.

“Motorsport is in Ford’s DNA, and we’ve shared some incredible moments together. We look forward to building on those moments further with WAU in Supercars.”