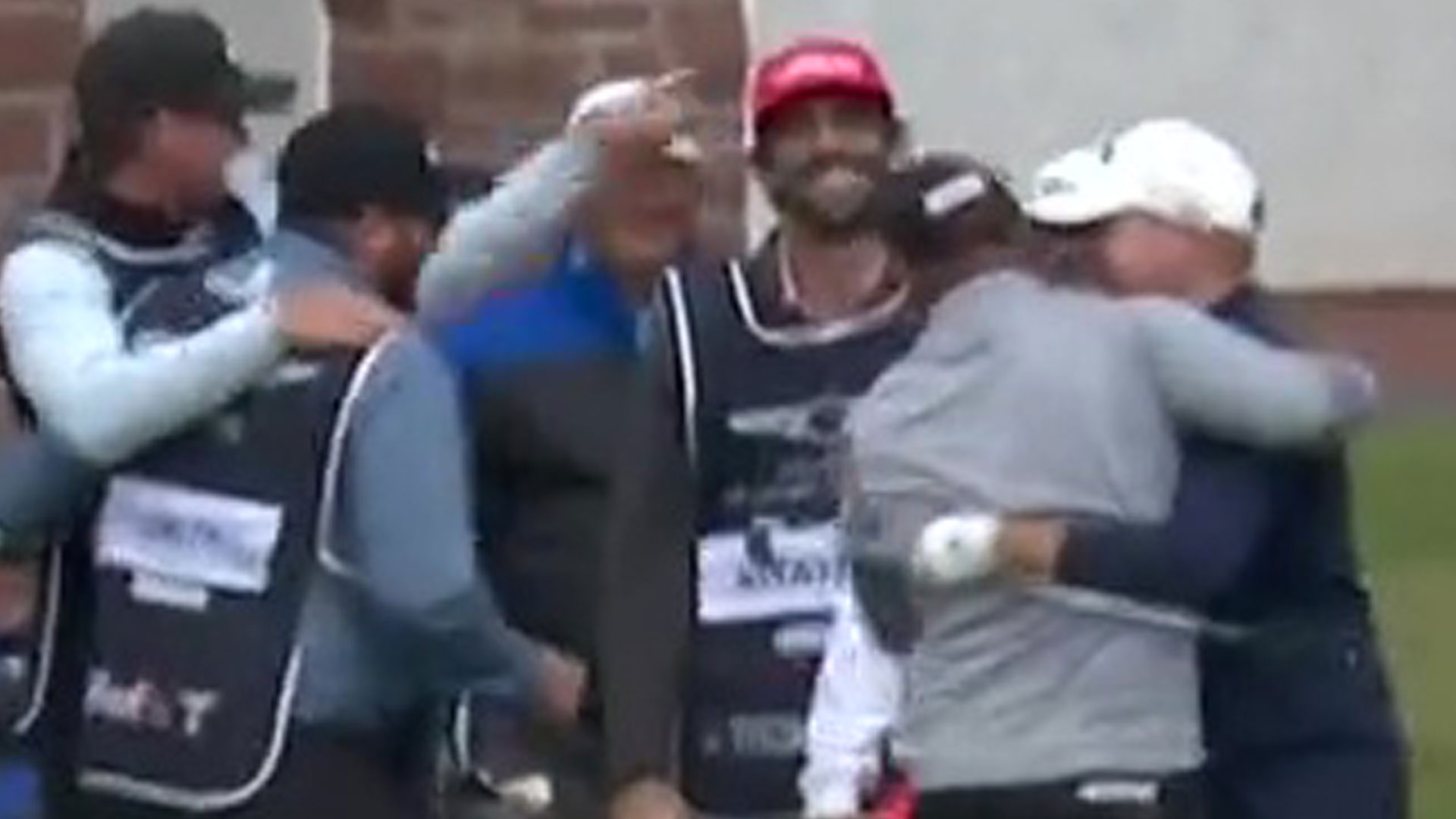 ONE swing from Englishman Jordan Smith was worth two cars — as his hole in one at the Scottish Open was rewarded with new motors for him AND his caddy.

The unique prize, offered by sponsors Genesis for an ace at the 193yd 17th at the Renaissance Club, was shared by Smith and his bag man, boyhood pal Sam Matton.

Smith hit an incredible tee shot to hole the ball and win the cars for him and his caddyCredit: @PGATOUR 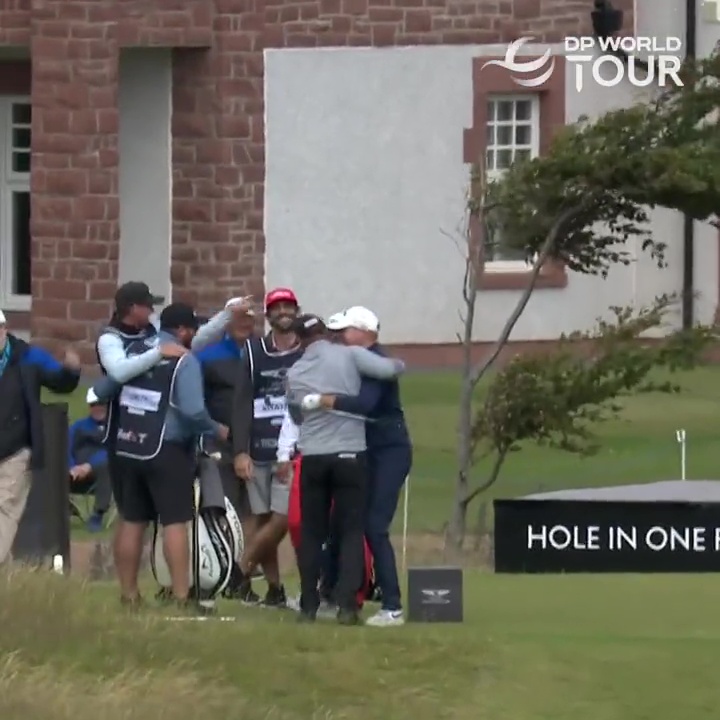 They celebrated brilliantly after Smith’s exploits landed him and his caddy the motorsCredit: @PGATOUR

And the timing could hardly have been better for Matton, who admitted he has been thinking of trading in his nine-year-old BMW for some time.

Matton said: “My current car sounds a bit grander than it is — it’s starting to show its age a bit, and I was on the lookout for a new one. I don’t think I’ve ever seen a caddy prize like that and it’s a really nice touch.

“I’m not sure how we’re going to get it back home as I have mine here. It’s a nice problem to have.”

Smith, 29, clearly loves the sight of posh cars — his only European Tour victory so far came at the 2017 Porsche European Open.

He used a six iron to land the double-whammy and beamed: “I’m over the moon. Me and Sam had been chatting about the two car prize earlier in the week and we said today’s pin position might be good for a hole in one.

“But we didn’t know my ball had gone in until the crowd went nuts.

“The wind was howling off the right. Anything right of the pin would catch the slope and luckily enough it did.

“Sam and I grew up playing golf together down in Wiltshire and he was one of the ushers in my wedding.

“It’s obviously great having him on the bag.”

Smith’s ace helped him post a one-under-par 69, and at three under through 36 holes he is one of the men in the driving seat for the £1.2million first prize.