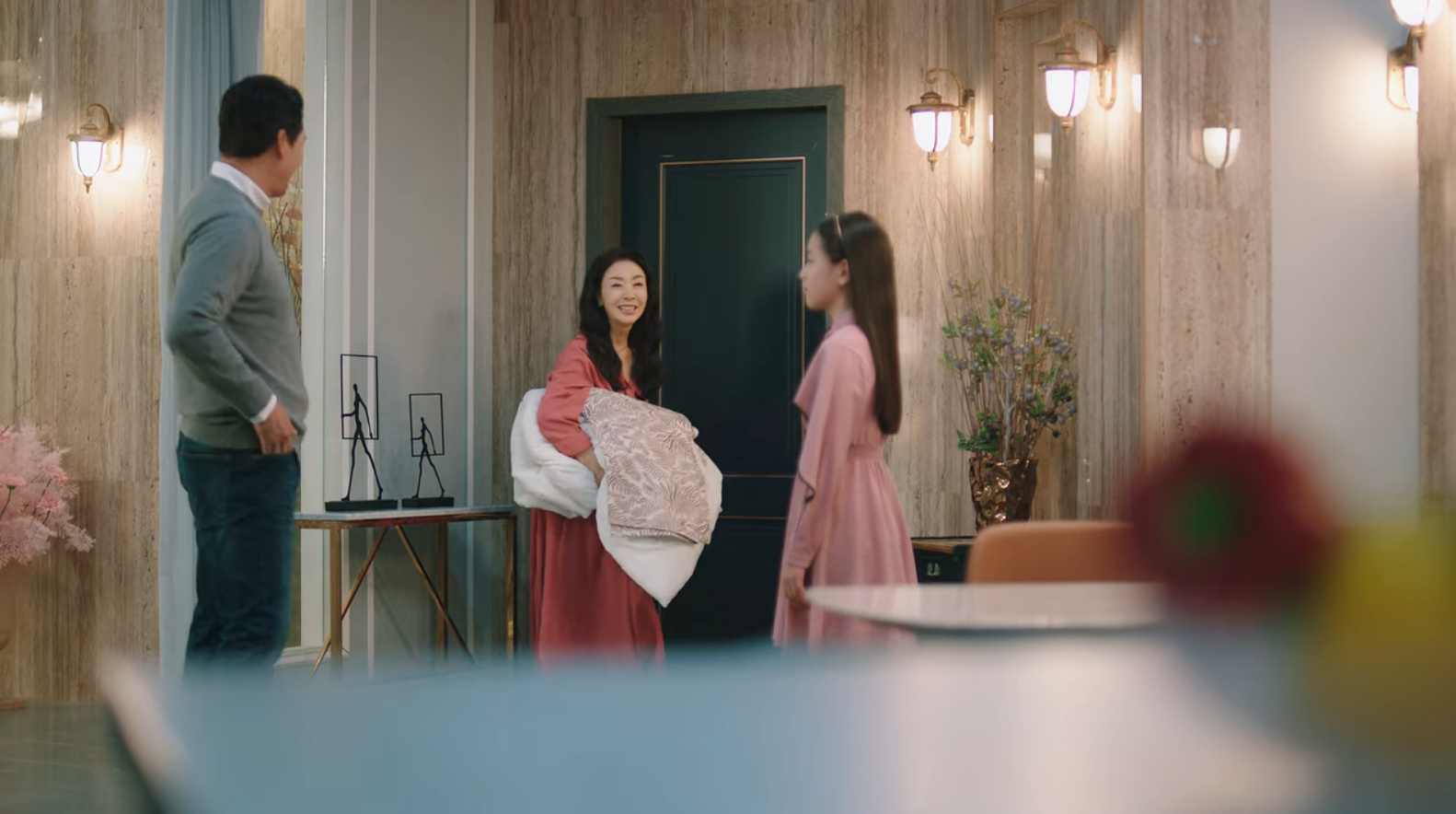 Throughout its first two seasons, Love (ft Marriage and Divorce) has been packed with plenty of twists and turns as the show’s characters have found love or have felt the despair of rejection.

That was certainly the case in season 2’s 16th and final episode which aired on TV Chosun and Netflix on August 8th, becoming one of the highest-rated dramas in Korean TV history.

However, while episode 16 may have been viewed by 3.3 million people in South Korea alone, the ending of Love (ft Marriage and Divorce) season 2 has left fans with an endless stream of questions and needs to be explained.

The episode beings with Pi-young and the consequences of her split with Yu-shin as she and her ex-husband have been putting on an act for their daughter, Ji-a, to make it seem as if life is normal.

However, Ji-a notices that her mother isn’t being as loving of Yu-shin as she was previously and Pi-young later warns Yu-shin not to overstep his boundaries and says that he can only drive Ji-a to school and can no longer come into the house for breakfast.

Meanwhile, Hae-ryeon is anxiously trying to get in contact with Ga-bin whose parents have recently died. However, Ga-bin isn’t responding as she is currently with her ex-boyfriend, Dong-ma, who pampers her with clothes and a picnic, hoping to win her back.

However, not only does Ga-bin reject Dong-ma’s advances, she also breaks up with Hae-ryeon, saying that while she liked him, she did not love him.

After the break-up, Hae-ryeon reminisces about how he asked Si-eun for a divorce so that he could be with Ga-bin and now that relationship has broken down too.

Ga-bin wants to reconcile with Si-eun for the pain she caused as she believes her affair with Hae-ryeon led to her own parents’ deaths.

Later on in the episode, we catch up with Pi-young, Hye-ryeong and Si-eun as the divorcees share a dinner with Seo-ban.

However, before the consequences of the dinner become clear, it’s revealed that Song Won has gone into labour.

Following the aforementioned dinner scene, episode 16 then quickly flashes forward to an unspecified point in the future where we see three weddings taking place.

However, after the episode has already given us plenty of twists and turns, the flash-forward has even more shocks in store as none of the soon-to-be-married couples are who we expect

First of all, we see Sa-hyeon walking to a wedding car and his apparent bride-to-be stumbles and Sa-hyeon lifts her veil to show that it’s Ami.

Up next, Seo-ban is revealed to be getting out of a white limo and is followed by Song Won.

And finally, Pi-young is revealed to be walking down the aisle with Dong-ma who was rejected by Ga-bin earlier in the episode.

All of the wedding revelations are hugely surprising as none of the relationships have been set up so far.

Hopefully, if and when Love (ft Marriage and Divorce) returns for season 3, we’ll get an explanation about how each of the unexpected couples ended up together.

However, the is one final twist to come before the credits roll.

However, when Ji-a enters the apartment, something is noticeably off as she calls her father “son” in a deep voice.

Yu-shin initially believes that his daughter is joking but it quickly becomes clear there is something else going on when Dong-mi enters the room.

The episode ends with Ji-a running at Dong-mi and strangling her but the credits roll before the consequences and reasons behind the attack are revealed.

Given the cliffhanger ending of season 2, Love (ft Marriage and Divorce) promises to be a must-watch series if it returns for season 3.

Season 2 of Love (ft. Marriage and Divorce) came to an end on TV Chosun and Netflix on August 8th, 2021.

In other news, How many episodes in The Dropout and when is the finale?