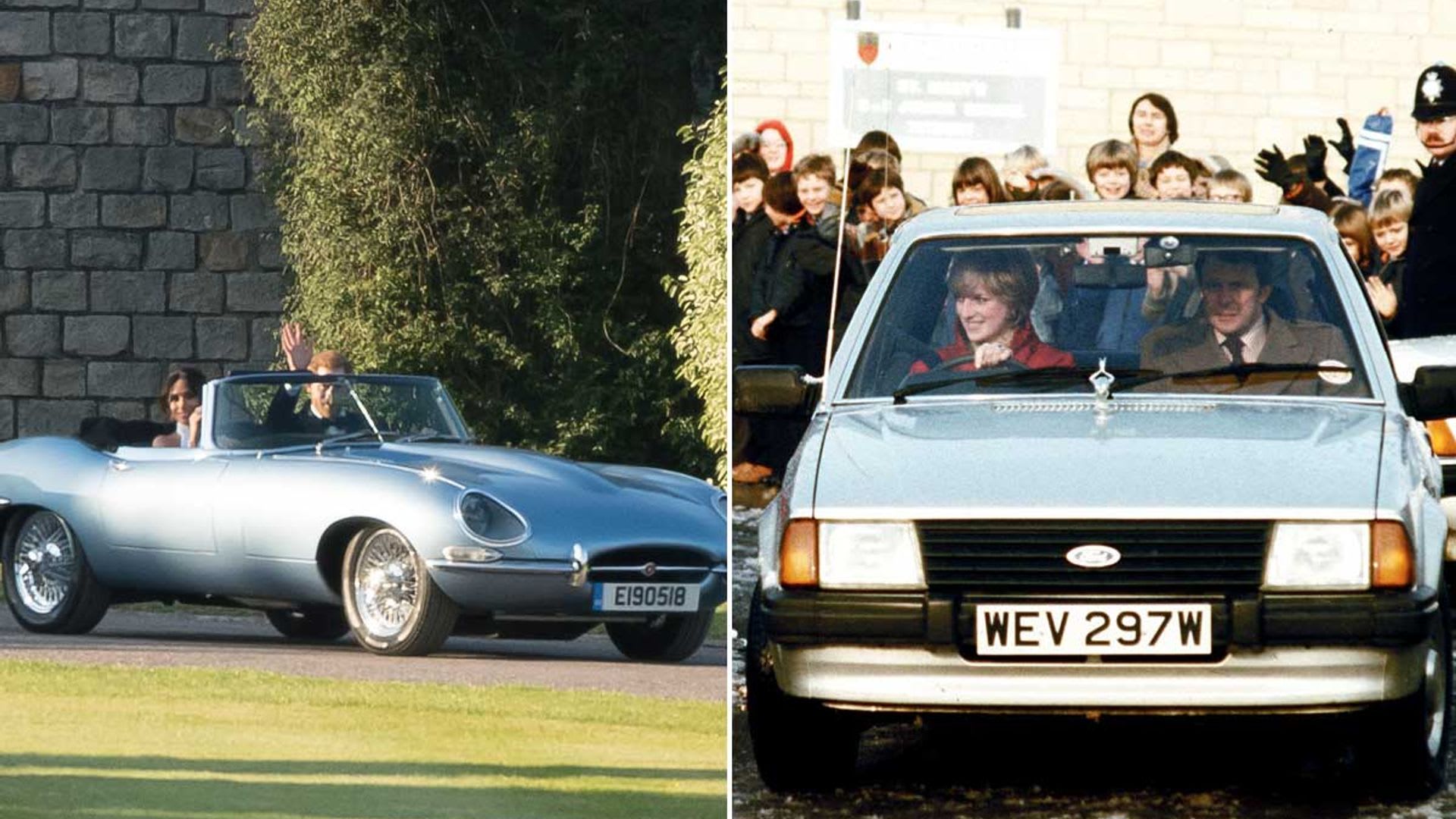 
These are the most popular classic cars and the most searched for online. Discover the UK’s favorite classic cars, from Princess Diana’s Ford Escort to the luxury Porsche 911.

There’s nothing like a classic car – they ooze class, style and a sense of nostalgia. Just like a favorite childhood toy or memorable holiday, a cherished car can also transport you back to a particular place and time in your life.

Car & Classic, the classified and online auction website, has looked back at the most search-for cars over the past year and found that “dream cars” are slowly slipping down the order as enthusiasts search for more mainstream classics. Here are the top 10 search-for classic cars from 2021.

IN PICS: 12 times the royals ditched their drivers and got behind the wheel

The humble Ford Escort was launched in 1968 and went on to become a massive success. By the end of its life in 2004 a massive 4,105,961 had been sold, making it the most popular car in Britain – ever! 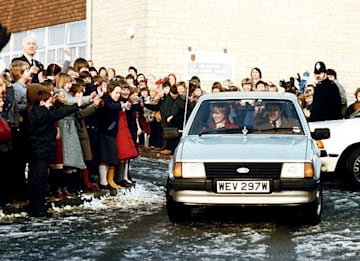 A Mk 3 Escort was famously given to Lady Diana Spencer as an engagement present by Prince Charles in May 1981. The car’s bonnet featured a frog mascot, a gift from Diana’s sister, Lady Sarah Spencer. However, the main reason for the Escort’s overall popularity is the lure of the fast versions – the RS2000, the Mk 3 RS1600i and the Mk 1 Twin Cam.

The 911 has been the benchmark for sports cars over eight generations. Each evolution has stayed remarkably faithful to Ferdinand Porsche’s 1964 original with a sleek two-door body and flat-six (cylinder) engine snuggled up to the rear axle. 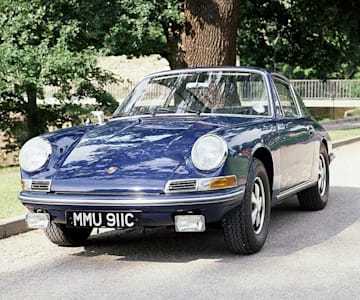 If you dream of owning a Porsche 911, the 997 (Porsche-speak for a Mk 6 from 2005–12) is becoming affordable and realistic as a daily driver. Ultimately, few cars can offer the kerb appeal combined with performance and great handling of a 911.

Styled by Italian designer Giovanni Michelotti and produced between 1970-78, searches for the Stag doubled during 2021. 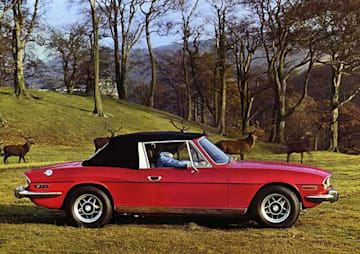 The Triumph Stage even featured in a James Bond movie

Still one of the prettiest classic British sports cars, it sadly acquired a reputation for mechanical unreliability (usually in the form of overheating), but the V8’s problems can be fixed and if properly maintained, it’s a great classic car buy. Just 26,000 Stags were produced, and many good examples survive. And did you know that James Bond (Sean Connery) drove a Stag in the 1971 film Diamonds Are Forever?

The BMW 3 Series was launched to critical acclaim in 1975 and is still going strong in its seventh generation. However, it was the Mk 2 (the E30 in BMW-speak) that is arguably the most desirable car.

Classy and engaging to drive, it was available as a two or four-door saloon, a convertible or ‘Touring’ estate, and buyers could choose from a variety of superb engines. The E30 remained in production until 1993 and the fast M3 version is one of the most iconic sporting saloons ever.

The ‘Stang was first unveiled on April 17, 1964 at New York World’s Fair and became the fastest-selling car in history. Now in its sixth generation, more than 10 million have been sold and it’s estimated that the muscle car has featured in more than 500 movies and hundreds of TV shows. 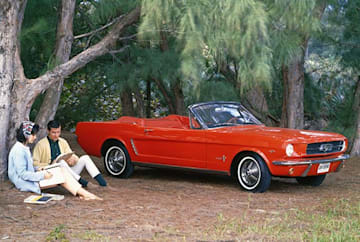 The Ford Mustang is a film star, having appeared in many movies

Most famously of all, it starred in the classic 1968 thriller, Bullitt, where Steve McQueen raced through the streets of San Francisco in a highland green Mustang GT. More recent big screen appearances include Gone in 60 Seconds, I Am Legend, and Need for Speed.

The iconic E-Type caused a sensation when he unveiled at the 1961 Geneva Motor Show. Available as a coupe or convertible, it set new standards in automotive design and performance and cost a fraction of the price of its rivals.

Enzo Ferrari, no less, described it as “the most beautiful car ever made” and celebrity owners included George Best, Brigitte Bardot, Tony Curtis and Steve McQueen. In 2018, Prince Harry swept his new bride Meghan off to their wedding reception in an electric-powered E-Type.

MORE: Royal car quiz: How well do you know the royal’s and their cars?

Unveiled in 1968 and originally marketed as “the car you always promised yourself”, the Capri was a rakish, affordable sports coupe that Ford hoped would emulate the success of the Mustang in the States.

The Ford Capri was considered an affordable sports car

There were three generations of the Capri, and by the time production ceased in 1986, almost two million had been built. Over the years the Capri was powered by a range of engines, ranging from a dinky 1.3-litre to a powerful V6 3.0-litre.

Commissioned in the 1930s by Adolf Hitler and created by Ferdinand Porsche, the ‘people’s car’ (or’ volks’ ‘wagen’ in German) was originally called the Type 1, but soon became known as the Beetle thanks to its iconic shape and original black colour. 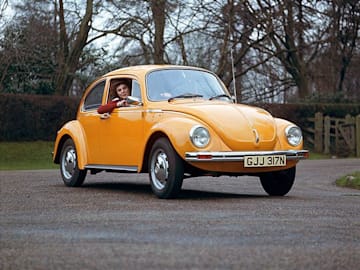 The VW is a cult classic car

By the 1960s it had reached cult status and was the star of the Herbie movies including The Love Bug. Production continued in Germany until 1978 and the last Beetle rolled off the assembly line in Mexico as late as 2003. In all, an amazing 21,529,464 were built.

The MGB is one of the all-time classic British sports cars. Originally launched in 1962 as a roadster, the hardtop GT (a 2+2 coupe) was introduced three years later. 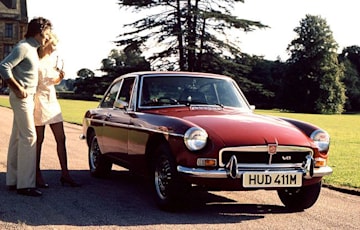 The British built MGB GT car launched in the 60s

In 1973, buyers were given the option of a more powerful engine than the 1.8-litre original when a 3.5-litre V8 used in Rover saloons and the Range Rover was offered (MGB GT V8). Another big change came in 1974 when rubber bumpers were added because of strict US safety regulations. In total, 513,276 MGBs were built before the production ended in 1980, of which 125,282 were MGB GTs.

The biggest-selling British-made sports car of all time, more than half a million MGBs and its variants (including the GT coupe) rolled off the assembly line in Abingdon, Oxfordshire, between 1962-1980.

The MGB roadster was particularly popular in the US

It may not have been the quickest convertible, but it was affordable, a joy to drive and cheap to run. It’s estimated three out of four MGB roadsters were exported to the States where it was especially popular.