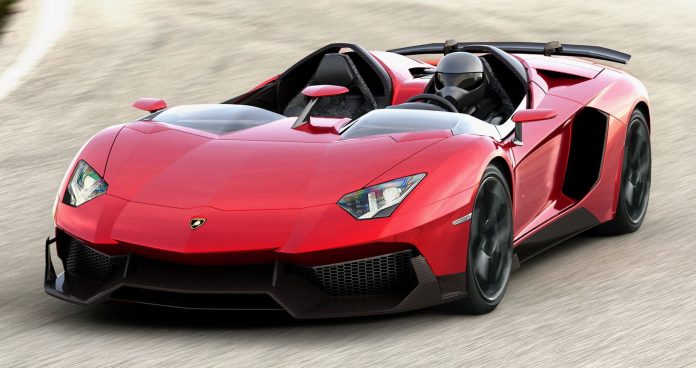 Every country and automaker within can uniquely intrigue and influence the automotive landscape, but there’s no debate that the Italian motor industry is different gravy. The unmatched combination of geographical, cultural, societal, and political factors has spawned some of the world’s greatest supercars and arguably the most recognizable brands. So much so that it would be deeply suspicious of any dream garage not to include at least one or two cars with Italian roots.

Related: 10 Italian Concept Cars That Would Have Changed The Game

Italian supercars possess the finesse to pull on gearheads’ heartstrings like nothing else, from the passion to the charisma, impeccable quality, luxury, and exquisite styling. Besides culture and lifestyle, these supercars exude the elusive X-factor and exotic mystique due to their rarity and exclusivity. A definitive list of the best Italian supercars would be a daunting task, but it would be relatively easier to pinpoint the most exclusive. So here’s a list of some ultra-rare Italian supercars that we’d love to own.

Maserati produced the MC12 between 2004 and 2005, drawing inspiration from the Ferrari Enzo to make a longer, wider, slightly taller supercar with a unique design for maximum downforce across every surface. Despite criticism for its dimensions and lack of a rear window, the MC12 was a homologation special for the wildly successful GT1 racing version.

The MC12 utilizes a slightly modified version of the Ferrari Enzo 6.0-liter V-12, with output dropped to 624hp and 481lb-ft of torque at 7,500 rpm. Surprisingly, the MC12 is still the fastest road-legal production car to wear the Three Trident badge, boasting a top speed of 205mph. Too bad Maserati only built 50 examples of these bad boys.

The 1960s were the ideal playground for talented Italian designers and engineers, and the Alfa Romeo 33 Stradale is the perfect embodiment of how the vehicle design had elevated to an art form. Alfa Romeo built the 33 Stradale between 1967 and 1969, a supercar based on the successful Tipo 33 endurance racer.

In addition to the teardrop shape, V-shaped grille, aggressive lines, protruding beltline, and vents that nod to Alfa Romeo’s history, the Aero 3’s most striking feature has to be the massive shark fin out back. Under the hood, this gorgeous high-performance track-capable supercar conceals a 6.3-liter Ferrari F140 V-12 capable of 740hp and 509lb-ft of torque, with a top speed of 211mph.

The powerful, bold, and futuristic Veneno is a solid representation of Lamborghini’s fifty-year evolution in style and technology. The incredible performance features and revolutionary design echo unprecedented technical and aerodynamic solutions such as 100% carbon-fiber monocoque, frame and body, and innovative materials such as the Carbon Skin and the Forged Composites.

Powered by a mighty 750hp 6.5-liter V-12, the Veneno achieves a maximum speed of 220.5mph, with 60mph arriving in 2.8 seconds. The few-off Veneno limited edition is among the rarest Lamborghini models worldwide, limited to 13 examples: a gray model displayed at the Museum of Lamborghini Technologies, three Veneno Coupes, and nine Veneno Roadsters.

Italdesign has been a master in car design since the 1960s, but it has never ventured into car manufacturing until the first ultra-limited Zerouno supercar. The Italdesign Automobili Speciali brand aimed at the Zerouno at visionary enthusiasts and collectors by combining racing performance and features with type approval to run the streets.

Related: 10 Largest Engines Italian Manufacturers Ever Put in Their Cars

Italdesign developed the Zerouno around a modular carbon fiber and aluminum chassis, extending the lightweight concept to make the bodywork entirely in carbon fiber. This unique supercar features a powerful naturally aspirated 602hp 5.2-liter V-10 engine and is limited to five examples.

In 2020, Pagani produced three examples of the Huayra Tricolore as a tribute to the Italian Air Force Aerobatic Team during the 60th anniversary of the Frecce Tricolori. Drawing inspiration from the Aermacchi MB-339A PAN aircraft, Pagani designed the Huayra Tricolore with a more pronounced front splitter, a front bumper with side extractors, new air scoops, an optimized rear diffuser, and integrated the wing with the rear hood.

Besides the three-striped external livery, the most striking node to the Aermacchi planes is the pilot tube, mounted centrally up front to measure an aircraft’s macroscopic airspeed and aerodynamic condition. The Huayra Tricolore draws power from an 840hp 6.0-liter twin-turbocharged V-12 engine specially developed by Mercedes-AMG.

The Zonda HP Barchetta is a tailor-made supercar that features Pagani’s state-of-the-art technique and sartorial craftsmanship as a tribute to the model that propelled Horacio Pagani as an automotive legend. The supercar represents Horacio Pagani’s interpretation of a Zonda-based collector’s piece, which explains the exclusive 3-unit special production run.

The Zonda HP Barchetta’s most striking feature – aside from the jaw-dropping $15 million price tag – is the body, characterized by the smaller carbon-fiber rear wheel fairings, a roof scoop without the presence of an actual roof, the wraparound windshield, and wheels with a contrasting paint job (silver and blue on each side). Pagani fitted the Zonda HP Barchetta with a 7.3-liter Mercedes-Benz AMG M120 V-12 engine, capable of 789hp and 627lb-ft of torque.

Through its ultra-exclusive Special Projects program, Ferrari has offered unique, one-off coachbuilt supercars like the F12 TRS aimed at its most loyal customers. Although it’s based on the F12 Berlinetta, the client-requested F12 TRS draws inspiration from the 1957 Ferrari 250 Testa Rossa. Unsurprisingly, only two examples are known to exist.

The most significant design cue is the evolved version of the Ferrari T-shaped graphic that adds character to the F12 Berlinetta’s standard tail. The F12 TRS features the same 6.3-liter V-12 engine as the stock F12 Berlinetta, tuned to deliver 729hp and 508lb-ft of torque and a top speed over 211mph.

Jason Castriota and his colleagues at Pininfarina special projects have designed the controversial V-12 599GTB Fiorano and the head-turning MC12-based Maserati Birdcage concept. Still, the Ferrari P4/5 is undoubtedly one of their greatest accomplishments. The one-off Ferrari supercar, less formally dubbed the Glickenhaus car, is a unique project requested by the famous Jim Glickenhaus.

The blank canvas project involved butchering a donor Ferrari Enzo and adding over 200 custom parts, deriving inspiration from the Daytona 24-winning Ferrari P3/4. Nonetheless, Pininfarina did not just re-body the Enzo, ensuring the P4/5 spent considerable time on the road and in the wind tunnel to achieve the excellent dynamics expected of a Ferrari. Under the hood sits a stock Enzo engine, a 650hp 6.0-liter L Tipo F140 B V-12.

One year after the Aventador debuted at the Geneva Motor Show, Lamborghini returned with one of the most uncompromising open sports cars, the Aventador J. The radically open supercar is a first-class technology showcase that dispenses the roof and front windshield, riding on the edge of what is considered street legal.

The one-off Aventador J is a one-of-a-kind automotive art piece that symbolizes Lamborghini’s prowess in manipulating carbon-fiber technology, evidenced by the thoroughly redesigned monocoque. Power is delivered by a 6.5-liter L539 V12 capable of 680hp at 8250 rpm and 508lb-ft of torque at 5500 rpm.