150 CLUB: THE CARS THAT HIT A RARE SUPERCARS MILESTONE 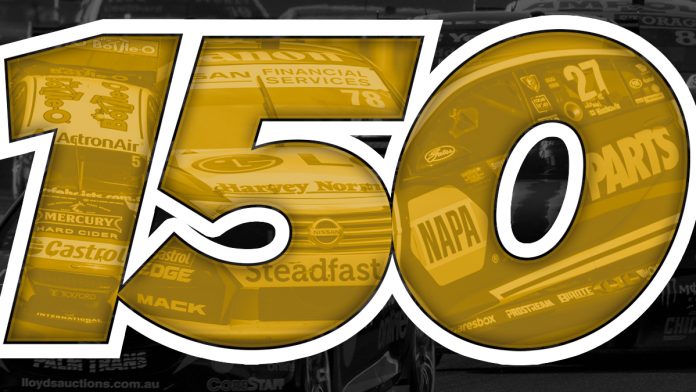 WHEN the lights go out to start the Tasmania SuperSprint, Tim Slade’s car will join an exclusive club of Supercars chassis to make 150 championship race starts.

The Blanchard Racing Team’s #3 Ford Mustang will break the all-time record by the end of the Symmons Plains weekend provided it takes part in all three races, moving its career tally to 152.

It will be just the fourth car in ATCC/Supercars history to reach the 150-race milestone, with all four chassis doing so in the Car of the Future/Gen2 era.

PODCAST: Inside stories from the Holden Racing Team’s golden era

Fittingly, the first three chassis were a Ford, a Holden and a Nissan, the three longest-serving marques of the Supercars Championship’s multi-manufacturer V8 era. 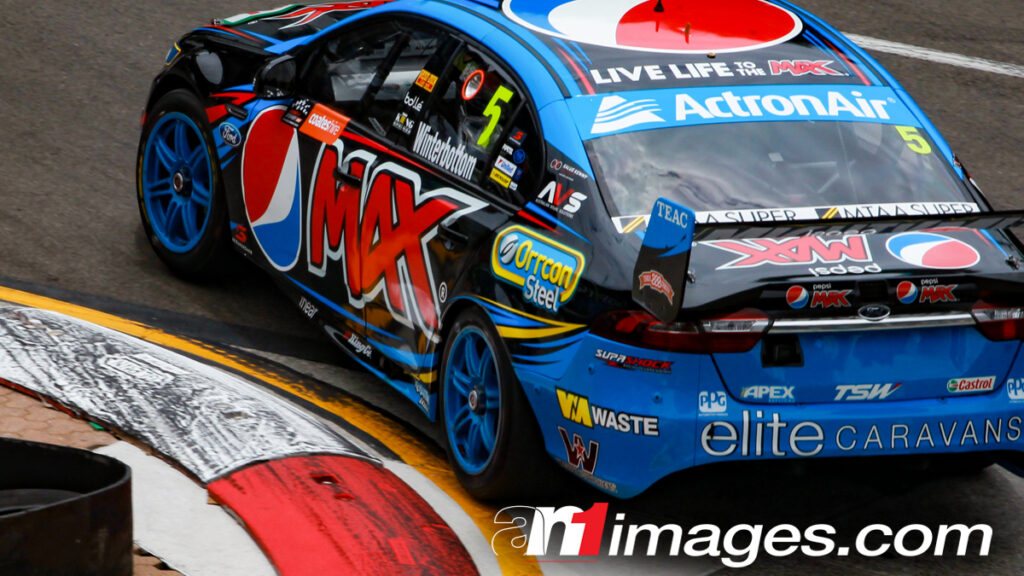 The first chassis to reach 150 race starts is one that played a key role in Mark Winterbottom’s career.

Beginning its life as a Ford Falcon FG in 2014, it served as ‘Frosty’s #5 car throughout that season and into the next, when it was upgraded to Falcon FG X trim.

Winterbottom romped to the title that season off the back of nine race wins, including a Sandown 500 triumph with Steve Owen and a weekend sweep in Townsville.

He continued racing the car into 2016 in the green hues of The Bottle-O and led the championship when he stepped out of the car after the Winton round. 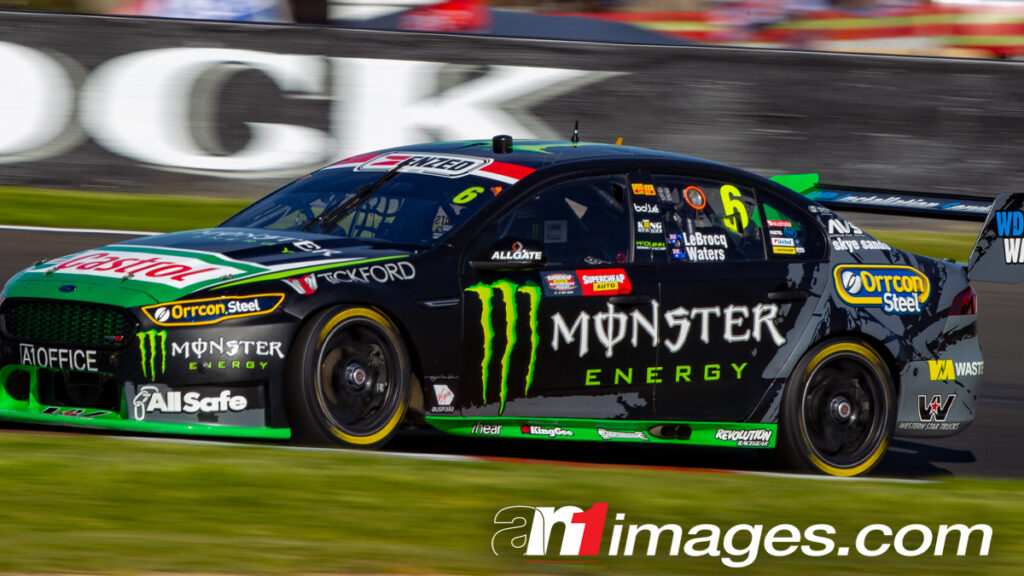 Cam Waters took over FPR 1217 for the rest of the season, then Jason Bright drove it for the second half of his final full-time Supercars season in 2017.

Richie Stanaway took it over for the first half of his rookie 2018 season before Winterbottom returned to it for the second half of the year, the final race of the season at Newcastle marking both his final championship start for Tickford Racing, his last aboard a Ford , and this chassis’ 150th and final start in the ‘main game’.

After spending three seasons in the Super2 Series piloted by Thomas Randle, Broc Feeney and Zak Best, Tickford Racing is now restoring the FPR 1217 back to its 2015 title-winning specifications. 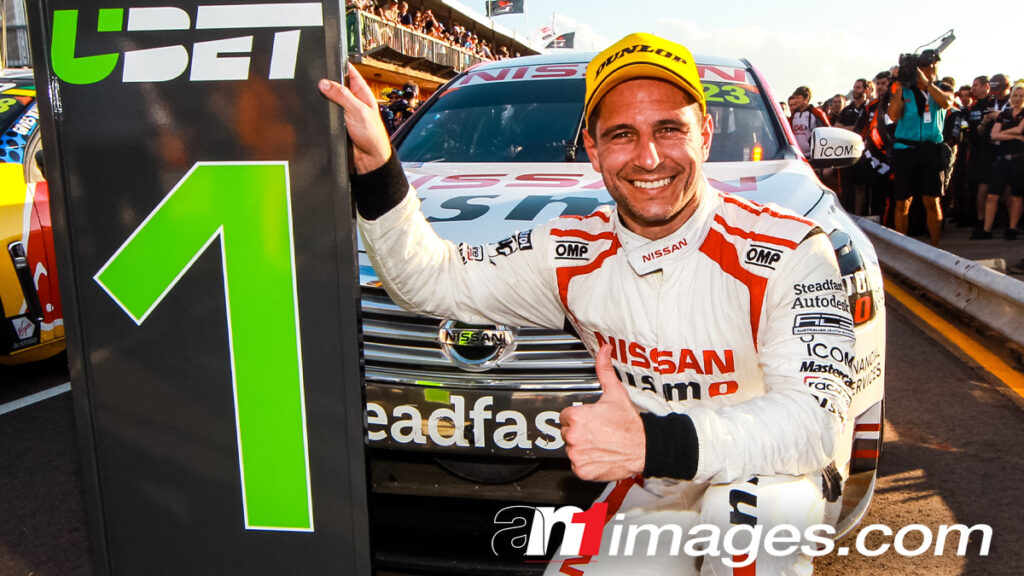 Michael Caruso took the second win of his Supercars career in KR005 at Hidden Valley in 2016. Pic: an1images.com / Dirk Klynsmith

This Nissan Altima is the current record holder for the most ATCC/Supercars Championship race starts of any chassis, a tally it accrued with just two primary drivers across its five seasons in the ‘main game’.

The first four Car of the Future chassis built for 2013 by what was then known as Nissan Motorsport each had reasonably long lives, but they were all trumped by the first new chassis introduced by the team in 2015.

Rushed into service after Michael Caruso’s crash at Turn 8 during that year’s Clipsal 500 Adelaide, it remained the team’s #23 entry for the next three seasons.

During that time, Caruso actually led the championship after the 2016 Adelaide event and took his sole win in a Nissan at Hidden Valley later that year. 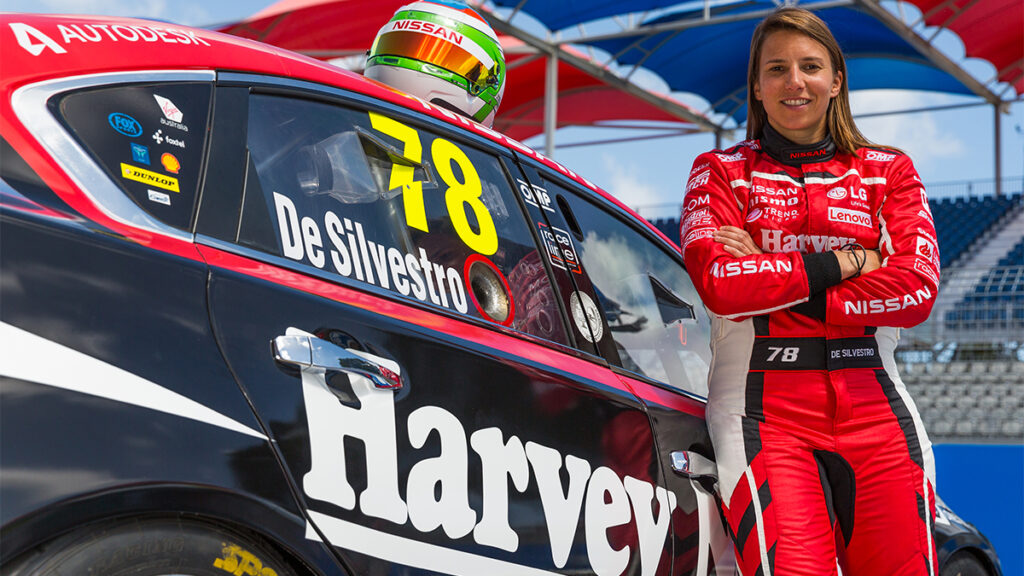 With Caruso getting a new Altima for 2018, KR 005 became Simona De Silvestro’s #78 Harvey Norman-backed Nissan for the next two seasons.

This chassis reached the 150-race milestone in the penultimate race of the 2019 season on the streets of Newcastle, then took the record in its own right the next day – a race that marked both De Silvestro and KR 005’s final Supercars Championship starts.

After a year on the sidelines as Kelly Racing switched to Ford Mustangs, this chassis has been campaigned in Super2 by MW Motorsport as Tyler Everingham’s #27 entry for the past two seasons. 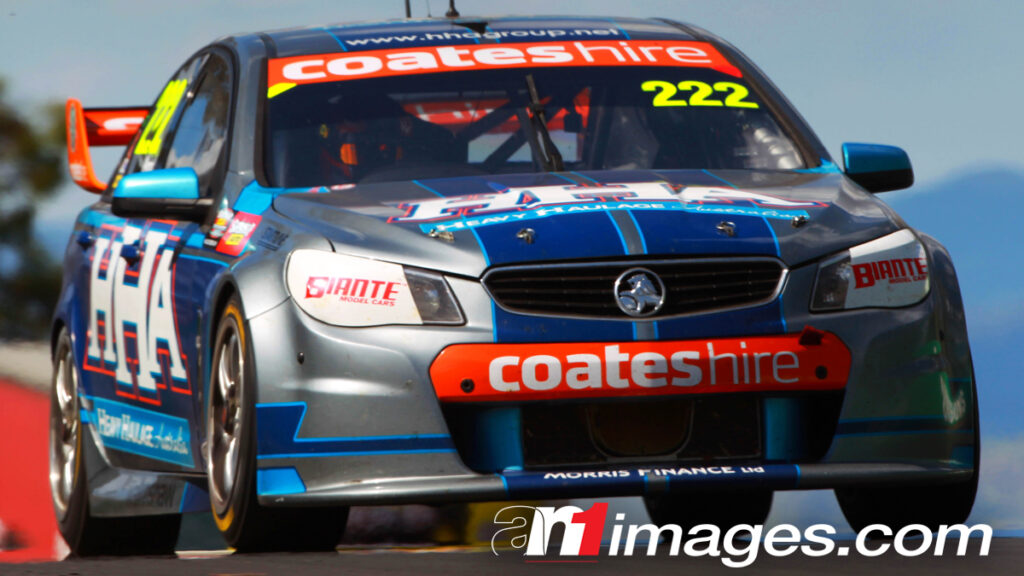 The most recent addition to this list achieved the 150-race milestone in its last race appearance in 2021.

This was the third Holden Commodore VF built by Walkinshaw Racing for the Car of the Future era and went to customer Tony D’Alberto, who campaigned it for the entire year before shutting down his family-owned and run squad at the end of the season .

WR 018 was sold back to Walkinshaw Racing for 2014 as it expanded to run four cars, with this becoming Nick Percat’s #222 entry for his first full-time ‘main game’ season.

The changes meant that Lee Holdsworth piloted WR 018 for the 2015 season, joined at the Enduro Cup races by IndyCar star Sebastien Bourdais.

With Schwerkolt electing to start his own standalone squad for 2016, this chassis sat on the sidelines for the next two seasons before being upgraded to the new Commodore ZB panelwork for James Courtney to race in 2018. 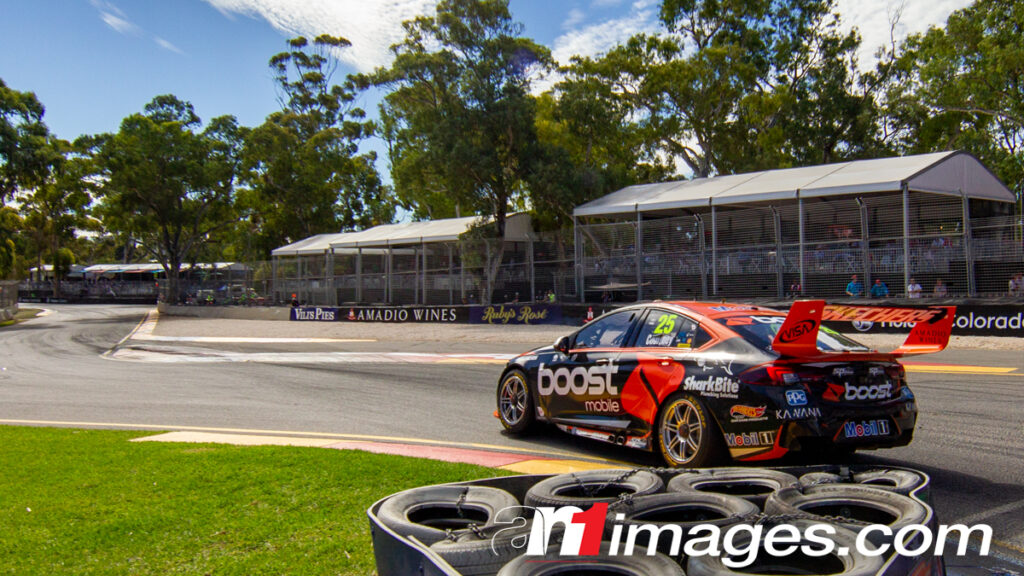 WR 018 finished in second place in its first race as a ZB Commodore at the 2018 Adelaide 500. Pic: an1images.com / Dirk Klynsmith

Courtney raced the car in Boost Mobile colors for most of the season and was joined by Jack Perkins for the Bathurst 1000, while Supercars Hall of Famer Larry Perkins had a brief drive of the car at Sydney Motorsport Park for a feature story in Channel 10’s ‘ Great Race’ broadcast.

The car went back to spare/ride car status before being wheeled out in 2021 for Kurt Kostecki’s wildcard appearances at The Bend, Hidden Valley and Sydney Motorsport Park.