Home Latest The 5 do's and don'ts of parking your car on pavements -...
Latest 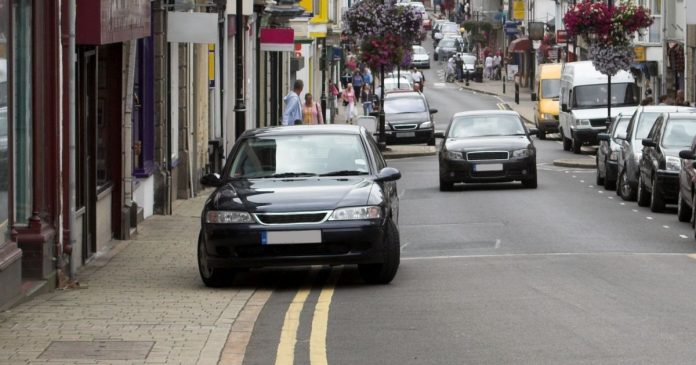 Parking cars on the pavement could soon become illegal across England, with drivers urged to know what could soon be outlawed on the roads – and paths. The move, which is being considered by the Department for Transport as it holds a public consultation, looks set to extend the ban on pavement parking to all of England.

At present, the practice is only outlawed in London, reports HullLive. That means at present most drivers in the UK can legally park on a pavement. The only thing they cannot do here is drive on them.

With change potentially coming, drivers are being urged to familiarize themselves with the current pavement parking rules. This is so that they can avoid getting fined, but more so that they can ensure the safety of pedestrians in the area.

READ MORE:Leicestershire’s ‘ghost’ motorway which would have connected county to North West

To help, experts at LeaseCar.uk have come up with a quick guide on how and when people can safely leave their car on the pavement as some people get confused.

“Although people are advised to keep the pavements clear for pedestrians, there are many places in the UK where roads are so narrow that you have no other option but to park your car on the pavement,” said a spokesman for the firm. “Until new laws come into force, we have some guidance for the drivers who want to prevent being penalized for illegal parking.”

The firm has issued 5 easy-to-follow rules that they hope clear up any confusion.

1. Don’t park on pavements – unless signs allow it

It’s currently in the Highway Code that drivers should not park their car – even partially – on the pavement unless roadside signs allow it. In London, this ban is total, but outside of the capital people are urged to watch out for areas where it’s not illegal to do so.

Signs will be the giveaway clue here, with blue and white signs featuring a graphic of a car on the pavement, either partially or fully, giving you the go ahead to park. Anyone who sees a sign like this should make sure they position their car in the way that is shown on the sign.

Drivers should never park in a dangerous place or somewhere where they block access to services and entries. This means drivers should in no circumstances park their vehicles in areas near schools and property entrances as well as bus stops and lowered kerbs. Drivers should also avoid blocking access to emergency services.

3. Pavements are okay on narrow roads

Common sense is a key thing to follow here and outside the capital, people should be allowed to use pavements if it is the more sensitive option on a narrow road. This is because parking along small roads can seriously impede the traffic.

While not ideal, pavement parking here can be acceptable as it means a car on a narrow road without potentially delaying emergency vehicles.

4. The rules apply to the path outside your house

Many would legitimately think that the pavement outside their house is part of their property, but this is often not the case. That misconception only applies to people who live on private roads, with the vast majority of people not having this luxury.

That means the path outside your home belongs to the council and is subject to the Highway Code. As a result, without permission, you cannot park on the path.

5. No parking allowed on yellow and red lines or zig zags

This is another case of common sense as it is one of the fundamental rules of the road. People should never, ever park on yellow or red lines. They shouldn’t park on zig zag lines either.

These road markings exist for a reason, denoting locations where parking cars and vehicles can cause obstruction to the traffic or pedestrians.