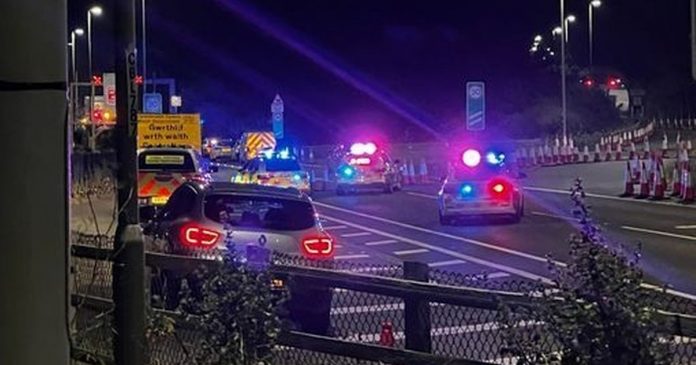 A teenager has died after a crash between a car and a lorry. The collision happened on the A55 North Wales Expressway at around 1.35am on Sunday and the road was shut between Dwygyfylchi at junction 16A and Conwy at junction 17 for several hours.

The crash involved a Vauxhall Astra and a Volvo heavy goods vehicle and happened on the eastbound carriageway. The road re-opened shortly after 10.30am and shortly after 12.30pm police confirmed that a 19-year-old man has died as a result of injuries sustained in the crash. You can get the latestWales Online Newsletters emailed to you directly for free by signing up here.

A spokesman for North Wales Police said: “We are investigating a road traffic collision that sadly resulted in the death of a 19-year-old male on the A55 between junction 16A and junction 17 at about 1.35am on Sunday. If you have footage or info that could help please contact via LiveChat or call 101 quoting reference 22000314137.”

Read more: Victim injured and in hospital after robbery by two men in Cardiff

Leading the police investigation into the fatal crash is Sergeant Raymond Williams of North Wales Police’s roads policing unit who said on Sunday afternoon: “I extend my heartfelt sympathy to the young man’s family. They are being supported by a specialist family liaison officer.

“The road was closed to allow our forensic collision unit to obtain and secure evidence and was reopened at approximately 10.45am. I would like to thank road users for their patience and understanding.”