Home Latest Man, 24, dies after being hit by car as woman arrested
Latest 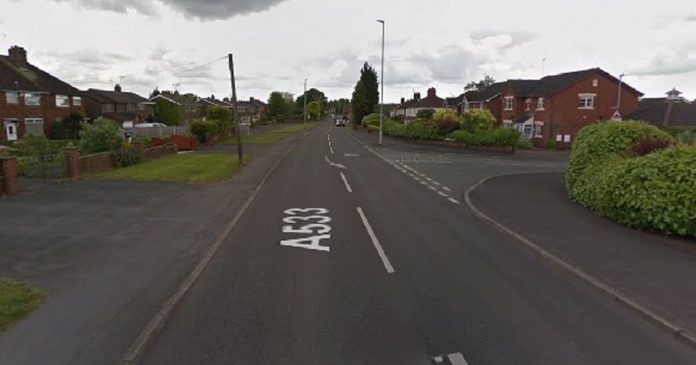 A 24-year-old man died following a crash in Cheshire. Police were called to reports of a collision on the A533 Sandbach Road in Rode Heath at around 11.40pm on Friday (May 6).

Officers who attended the scene found that there had been a crash between a black Ford Fiesta Zetec and a pedestrian. The man who is believed to be from the area was pronounced dead at the scene.

The man’s next of kin have been informed and they are being supported by specialist officers. A 22-year-old local woman was arrested in connection with the incident. She has since been released on conditional bail.

Police did not confirm further details about the arrest.

Officers are appealing for witnesses and video footage of the crash that happened close to the junction of Keats Drive on the A533. Detective Inspector Nigel Reid said: “Inquiries in relation to this incident are ongoing and we are doing all we can to establish the full circumstances behind the collision.

“As part of our investigation I want to hear from anyone who was in the Sandbach Road area between 11pm and midnight on Friday 6 May and believes they may have witnessed the collision or seen anything unusual. The same goes for anyone with any CCTV or dashcam footage from between these hours.

“I would also like to hear from a number of motorists who were seen driving through the Sandbach Road area around the time of the incident and anyone who attended the scene following the collision but has not yet spoken to officers. I urge anyone with any information – no matter how small – to get in touch.”