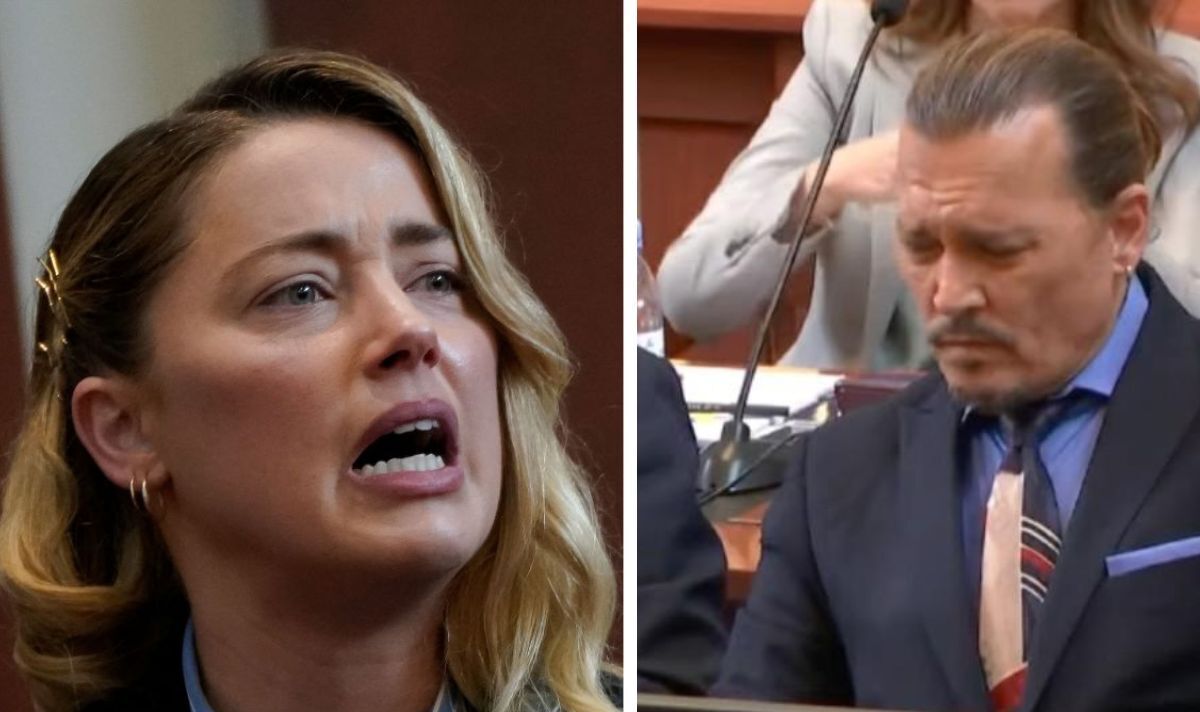 The actress claimed that violent outbursts were triggered by possessive sexual jealousy, and claimed she’d been kicked in the back by Johnny in an argument about former co-star James Franco.

James had initially been expected to testify in the case, along with Elon Musk, the billionaire ex-boyfriend she dated in 2016 after breaking up with Johnny, but it has since been revealed that neither will be appearing.

“He called me a slut” for [sex] scenes,” Amber claimed, “[and] I had to eggshell or tiptoe around him.”

She also claimed he threw a bottle at her one time which left her fearing she had a “broken nose” and that he had threatened to “carve up” her face with another bottle on a different occasion.

Johnny is suing for $50 million over the damage that he says in an article she wrote about suffering domestic violence did to his reputation and career, and Amber is countersuing for $100 million.