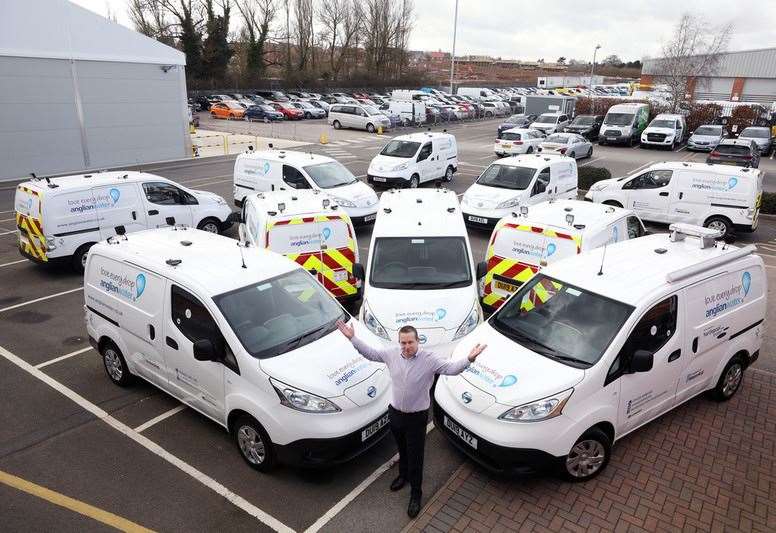 As part of its drive to reach net zero carbon emissions by 2030, Anglian Water is expanding its electric vehicle fleet, and a new salary sacrifice scheme delivered by Tusker will help the water company’s gray fleet go electric.

With 73 per cent of company cars on order now electric, Anglian Water is keen for its employees to make the switch with their own vehicles.

A new salary sacrifice scheme will allow employees to get the use of a brand new electric car, for a fixed monthly amount taken directly from their gross salary.

Maintenance, including all servicing, batteries, exhausts and tires;

Roadside assistance in the UK and Europe;

A courtesy car if the employee’s new car is ever off the road.

The company’s net zero routemap, announced in July 2021, will see 90 per cent of small vehicles replaced with electric equivalents, medium-sized vehicles moved to hydrogen or alternative fuels, and 55 per cent of HGVs using liquefied natural gas by 2030. Significant progress has already been made on this commitment, with more than 300 fully electric and hybrid vehicles hitting the East of England’s roads over the coming months, including 40 range-extended hybrid vans, 86 fully electric small vans, and 180 electric cars.

Anglian’s routemap forms part of the world-leading net zero commitment by the entire water sector, made in 2020. Each year until 2030, the company will reduce its carbon emissions, and by 2030 its operational emissions will have reduced by more than 70 per cent against a 2018/19 baseline – a reduction of more than 250,000 tonnes, or the equivalent of filling 55,000 hot air balloons.

Sally Purbrick, Head of Reward at Anglian Water, said: “Our people are at the heart of what we do, and we want to bring them along as we move to a greener future. We’re really hoping the salary sacrifice scheme, along with support for colleagues who have an Anglian Water electric vehicle, will help support us and our people to reach net zero carbon emissions.”

Anglian Water is also installing a series of new charging points across its sites in the East of England and Hartlepool. Some 127 charging units will be installed, enabling staff to charge their own vehicles as well as the company’s fleet. At several sites, these charging units will be powered by renewable energy – including solar, wind and bioresources – generated by Anglian Water.

The vast majority of electric standby vehicles go to a colleague’s home address when they are not at work. In order to support the transition to electric vehicles for operational staff, the company is installing charging points at employees’ home addresses wherever possible.

With energy prices rising, the company has teamed up with suppliers to install software which automatically connects to the charging points. This industry-leading technology sends the energy bill for electric vehicle charging directly to Anglian Water, so the company’s staff is never out of pocket. The scheme is expected to increase employee engagement with Anglian’s electric vehicle programme, which has already been very high, with 96 per cent of operational staff saying they are happy with their new electric van.