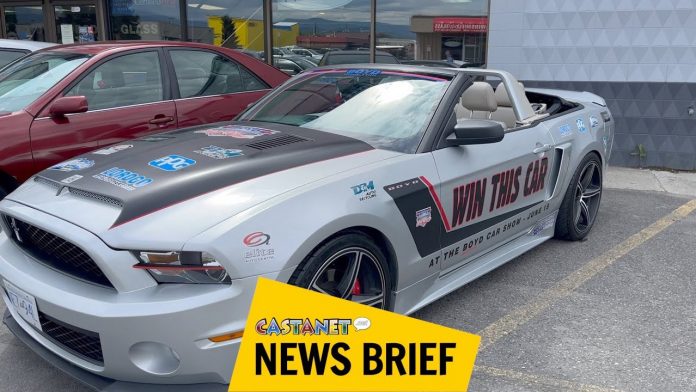 After the pandemic postponed Boyd’s Father’s Day Car Show for two years, the family-friendly event is back to celebrate its 20th show, and you could walk away the winner of a 2011 Ford Mustang.

Organizer of the event and owner of Boyd Autobody and Glass Kelowna, Methal Abougoush, says he’s thrilled to see the event return this June.

“Getting the car community back together, all the friends and the supporters from vendors to the community in itself coming together for an event. We’ve always been able to put something together that’s been family oriented, and we’re able to raise money for a great cause.”

Around since the early 2000’s, the Father’s Day Car Show was once just a good time for dads and their kids, but it’s become a successful fundraiser for the Child Advocacy Center — a not for profit organization for children impacted by child abuse and neglect.

“I think what’s so exciting about this is the Boyd Show didn’t start off as a fundraiser, but Methal saw this amazing opportunity to give back through this extraordinary event that the community looks forward to every year, and since we’ve made that connection they’ve raised just over $142,000 for us,” said Ginny Becker of the Child Advocacy Centre.

The Father’s Day Car Show brings in thousands of people every year as it’s a great opportunity for car lovers to set their sights on some of the nicest vehicles in the Okanagan.

“You can be expecting 400 plus cars of all varieties. And when I say cars, I should say cars, motorcycles, boats, hot rods, super cars, electric cars is a new category that we’ve put out,” said Abougoush.

Boyd’s Father’s Day Car Show is free to the public from 11:00 am until 4:00 pm and raffle tickets for a chance to win the Ford Mustang are priced at $25.

You can also expect plenty of live music and delicious vendors.