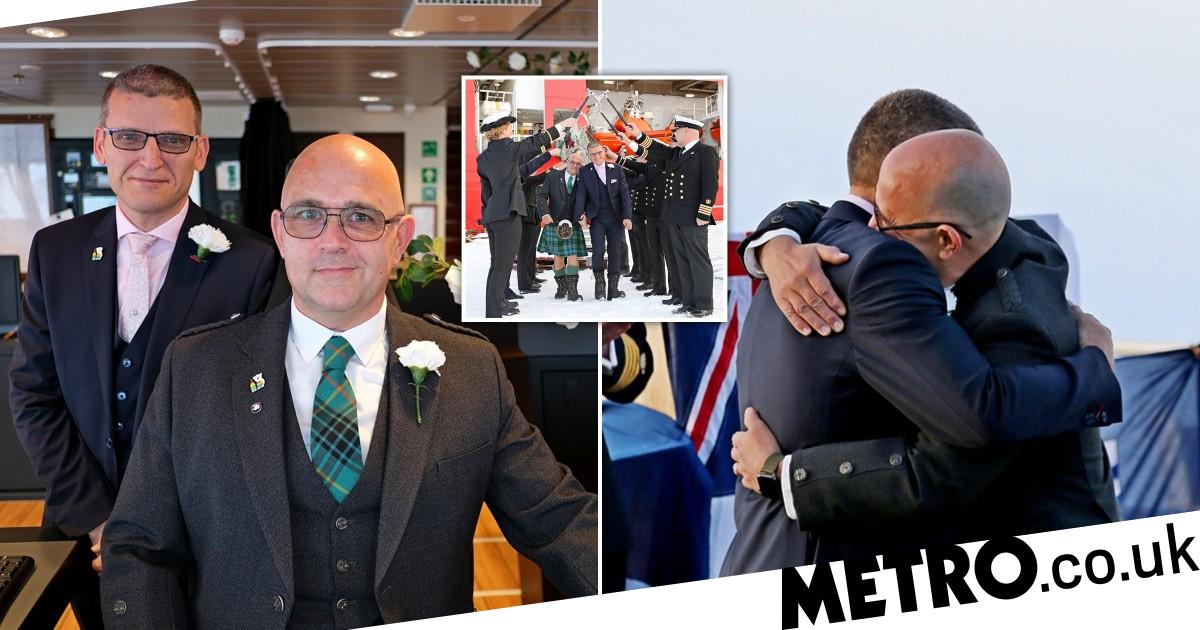 Two crew members of a UK research vessel have become the first ever same-sex couple to get married in the British Antarctic Territory.

Kilts, hardy boots and a snowmobile were on display for the quirky ceremony, which saw colleagues hold ice picks as the couple walked down a frosty ‘aisle’ in front of their ship.

The pair were together for 20 years before tying the knot in sunny conditions, allaying fears that their big day might have to be delayed by the weather.

To view this video please enable JavaScript, and consider upgrading to a web browser that supports HTML5 video

Attending the event on the helideck of the RRS Sir David Attenborough – a polar vessel that the pair work as stewards on – were 30 crew from the UK ship, who braved freezing conditions for the heartwarming event.

Around 100 staff from the research station will join them for a wedding reception next month.

The group were warmed by food prepared by the station chef and expecting to dance along to music from the facility’s resident band. 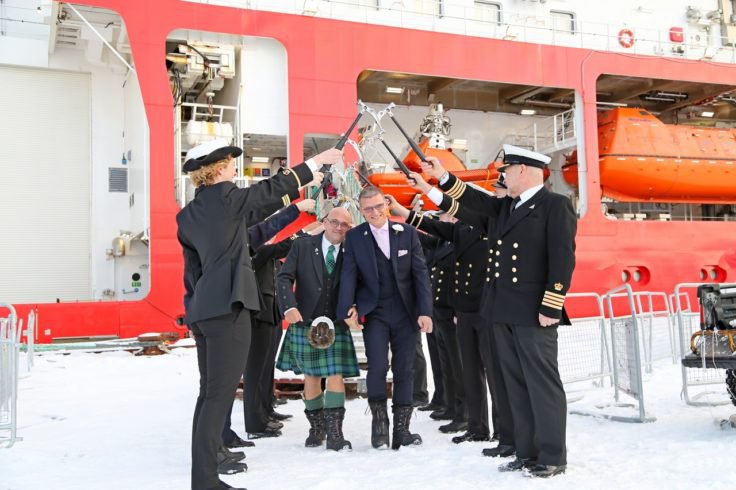 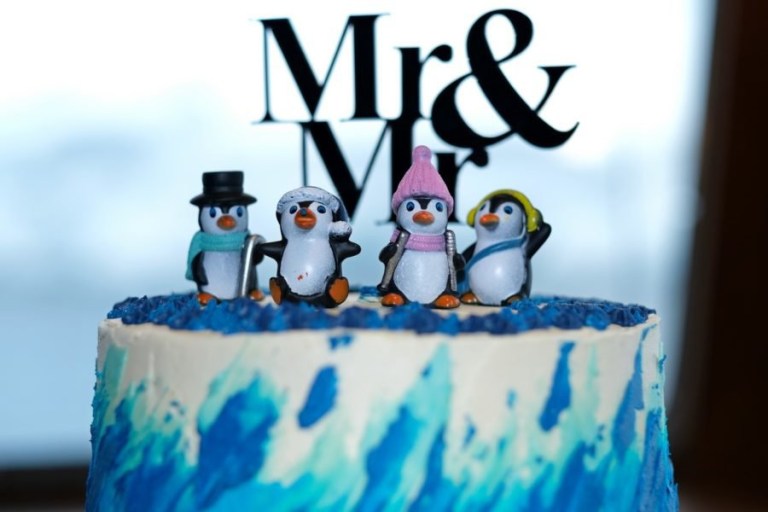 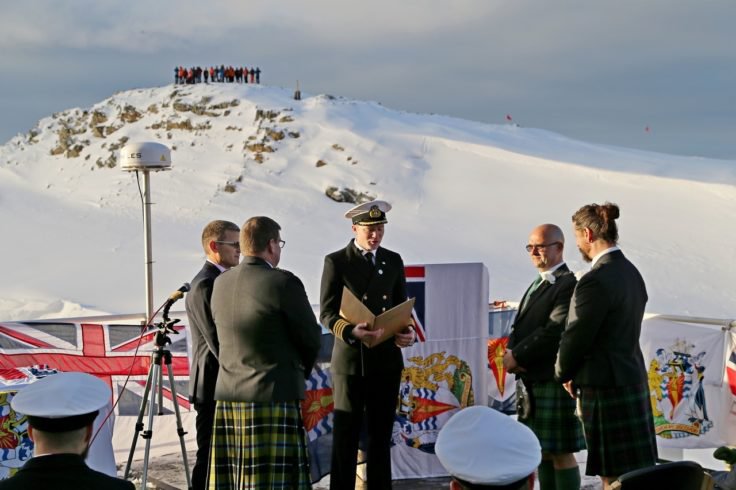 Ship captain Will Whatley was in charge of the ceremony (Picture: Richard Turner) 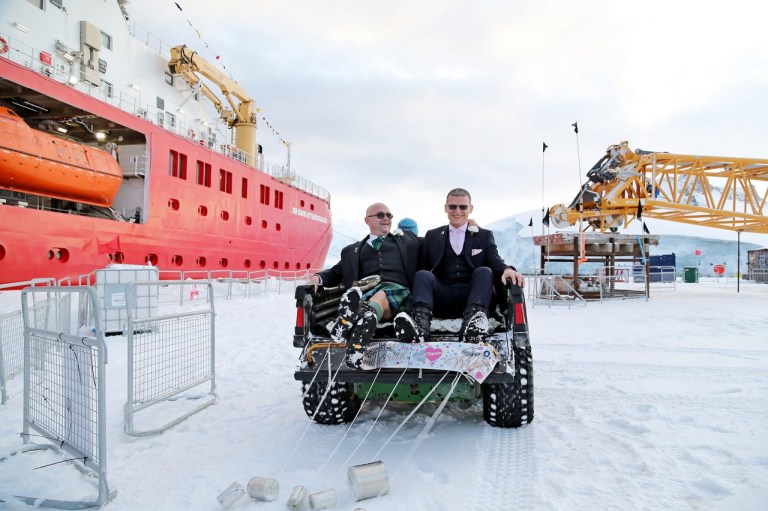 The couple had an unusual wedding vehicle (Picture: Richard Turner) 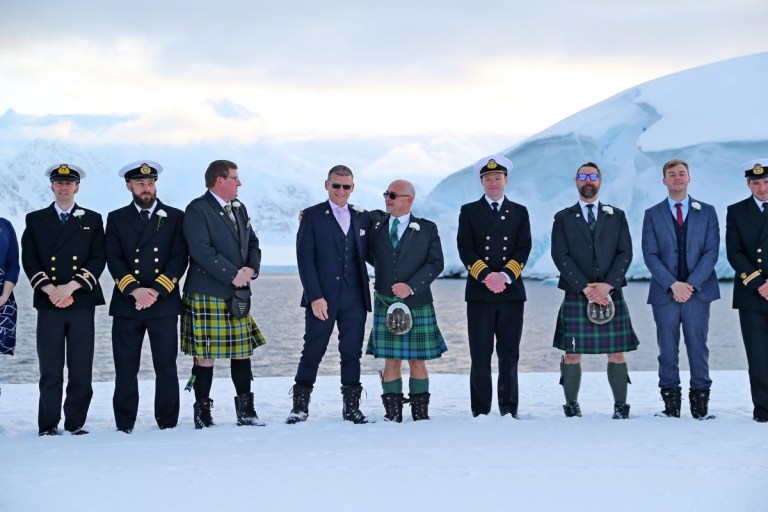 Adding to the polar cheer was a ‘Mr and Mr cake’ featuring penguins, and rainbow flags being flown from the vessel.

Branding Antarctica at ‘incredible place’, Mr Carpenter said: ‘We have been together for 20 years but now we’ve both been to Antarctica together, it felt like the perfect place for us to finally tie the knot.’

The couple, who were married by the ship’s captain Will Whatley, have traveled the world with each other on a variety of ships but both have a soft spot for Antarctica.

Mr Bourne, from Rochford, Essex, has spent the last three years working for BAS and says the pair opted for the unusual destination after Mr Carpenter, from Caerphilly, Wales, joined the ship’s crew.

‘We’ve even had the co-ordinates of the wedding location engraved into our rings,’ Mr Carpenter explained. 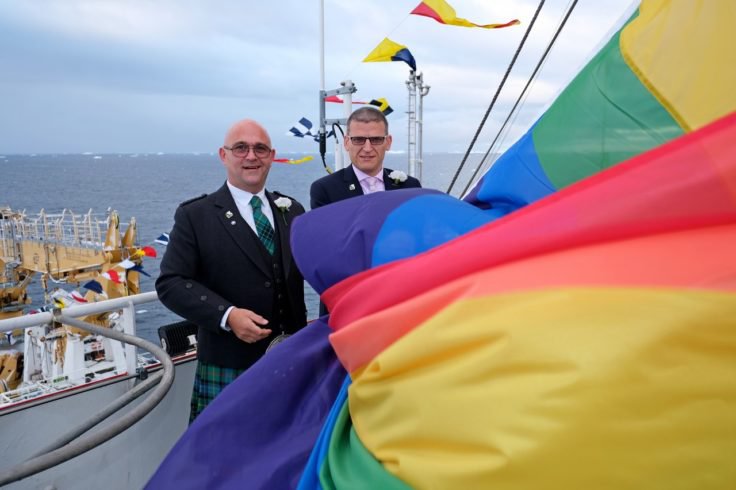 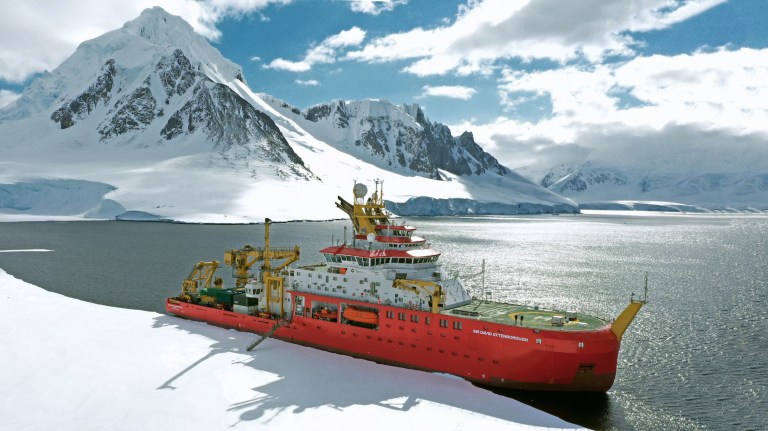 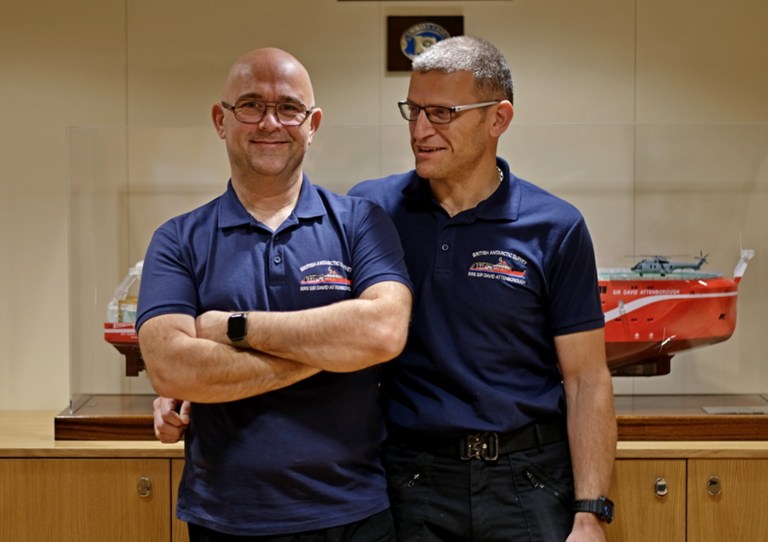 The couple said Antarctica ‘felt like the perfect place’ to get married (Picture: PA) 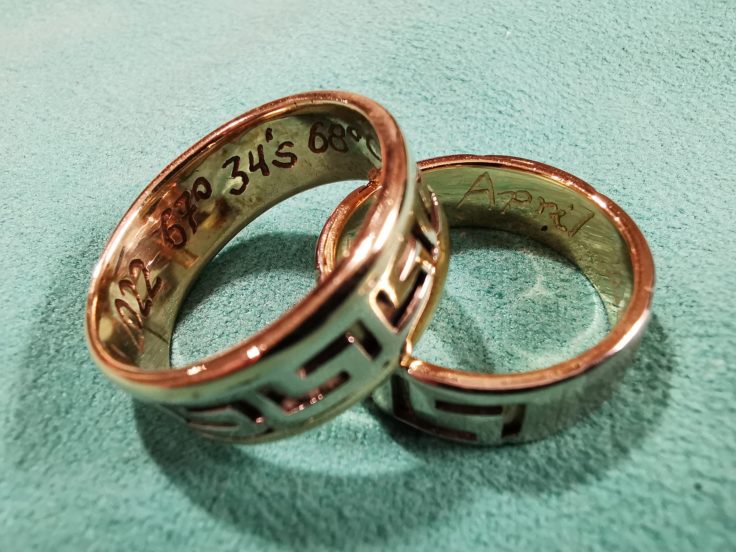 The wedding rings were engraved with the co-ordinates of their wedding (Picture: Rich Turner/@BAS) 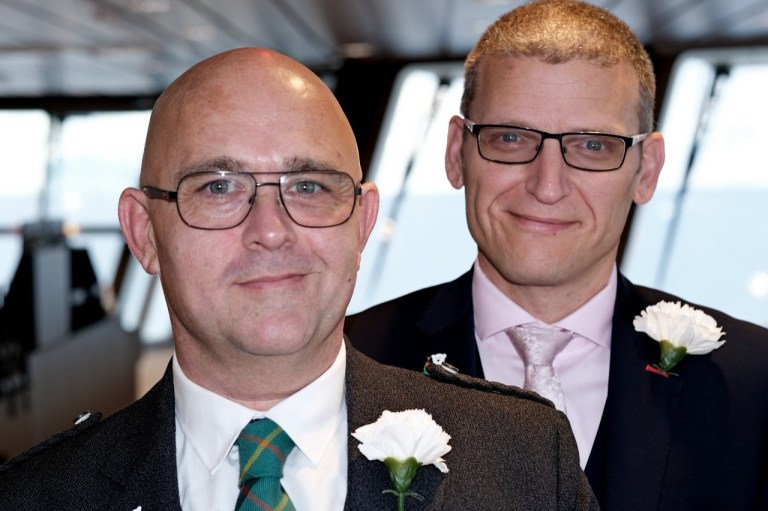 A wedding reception will be held next month, before a later event for family and friends in Spain (Picture: Richard Turner)

His new husband added: ‘We’re both very proud to be the first same-sex marriage to happen in British Antarctic Territory.

‘BAS is such a welcoming and accepting employer, and we feel very lucky to be able to live and work in such an incredible community and place together.’

The wedding will be registered with the British Antarctic Territory Government, which is based in the Foreign, Commonwealth and Development Office, and will be valid in the UK.

The couple will hold a second celebration for family and friends later in the year, in what they hope will be significantly warmer surroundings, in Spain.

Get in touch with our news team by emailing us at webnews@metro.co.uk.

For more stories like this, check our news page.

MORE : World’s most remote post office in Antarctica is looking for someone to run it

Get your need-to-know latest news, feel-good stories, analysis and more