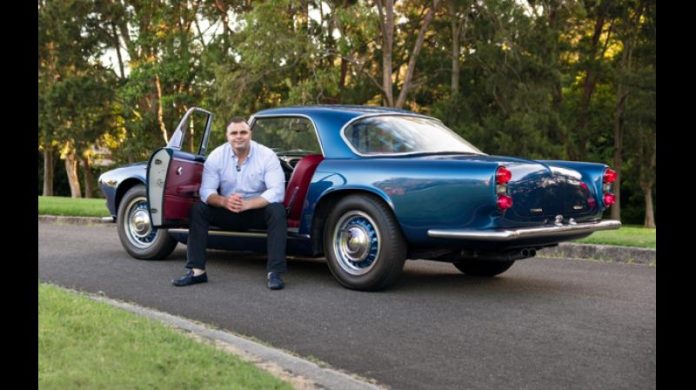 Lecha Khouri is a successful entrepreneur, businessman and car collector. He is also the founder and host of the very famous car show known as Supercar Advocates. Lecha Khouri heads the operations of a company by the name of Fenlan Group that has a strong presence in the United States of America, especially in the city of Los Angeles. It deals in the fields of retail and real estate development.

In a brief interview with Lecha Khouri, we talk about his thoughts on the car community and his entrepreneurial journey.

You have become a big name in the international car community. What do you think about it? Has the community grown over the years?

It definitely has. There are more people who are becoming increasingly interested in automobiles and want to learn and gain information about various supercars and hypercars. I also think that in the age of the Internet that we are in, nothing is restricted by geographical boundaries anymore. You can be sitting in Texas and experiencing someone’s car collection in Australia. We are all connected, probably more than we ever have.

Can you name a few cars in your collection?

yes Some of them are the marque Ferrari, a pair of Porsche 911’s, Lamborghini, a Maserati, Bentley, Ferrari F40, Ferrari 812, the LaFerrari, McLaren P1, Porsche 918 Spyder and the McLaren Senna XP.

How would you describe your entrepreneurial journey?

Entrepreneurship has always interested me. The concept of coming up with something on my own and then making sure it thrives – it looked like a challenge that I really wanted to take. I founded Supercar Advocates with the vision to make it one of the best car shows of all time. With Fenlan Group, I am one hundred percent dedicated to its continued growth and expansion. I am already looking forward to the completion of numerous high-end luxury and commercial residences by 2023.

Disclaimer: No Deccan Chronicle journalist was involved in creating this content. The group also takes no responsibility for this content.