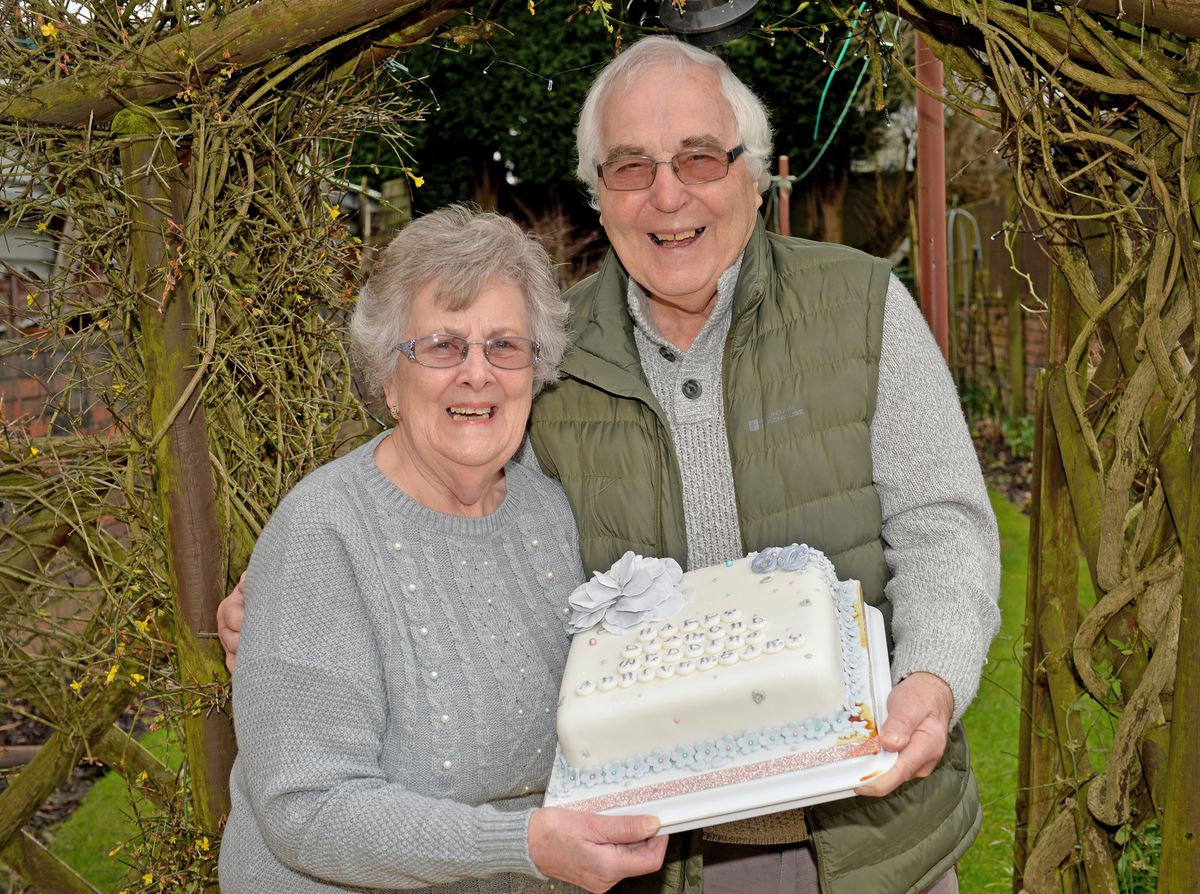 Ralph Tromans, aged 80, who was born in Dudley and who in the 70s ran Cradley Speedway Supporters Club, married his childhood sweetheart, Hazel, now aged 79, at St Gile’s Church in Rowley Regis on February 17, 1962.

Hazel remembers the day well and said: “It was cold but bright and I wore a long white dress.

“We did not have a honeymoon but rented the house, which we have since bought and live in to this day in Halesowen.”

The couple went on to have two sons, Adam, now aged 56, and Simon, now aged 49, and their extended family includes seven grandchildren.

Hazel became an accounts clerk working for companies in Dudley and then Doultons before taking a post as accounts clerk for 16 years with West Midlands Ambulance Service.

Ralph counts himself fortunate to have worked as a toolmaker in Oldbury and after being made redundant went toolmaking contract until he was 65-years-old, retiring in 2006.

He recalls: “In 2007 we did something we had always wanted to do and that was to travel around the world.

“We did just that in 28 days and flew to Hong Kong, Sydney, Cairns and back to Sydney and on to Auckland where we met up with two former speedway riders Roy Trigg and Bob Andrews.

“They showed us around and then we flew to America and back to Heathrow.”

Hazel said the secret to a long and happy married life was “talking things through together”.

She said: “We have always done everything together.

“We had no money and if we wanted anything we talked about things we wanted and then saved for them.”

Ralph said: “I was fortunate in that I kept a job and my wife has always been good with money.

“I think the secret to a happy married life is living within your means.”

The couple said they had enjoyed a week of celebrations with friends and family popping in to share memories and slices of a special cake, made by their friend, Jenny Bordicott.